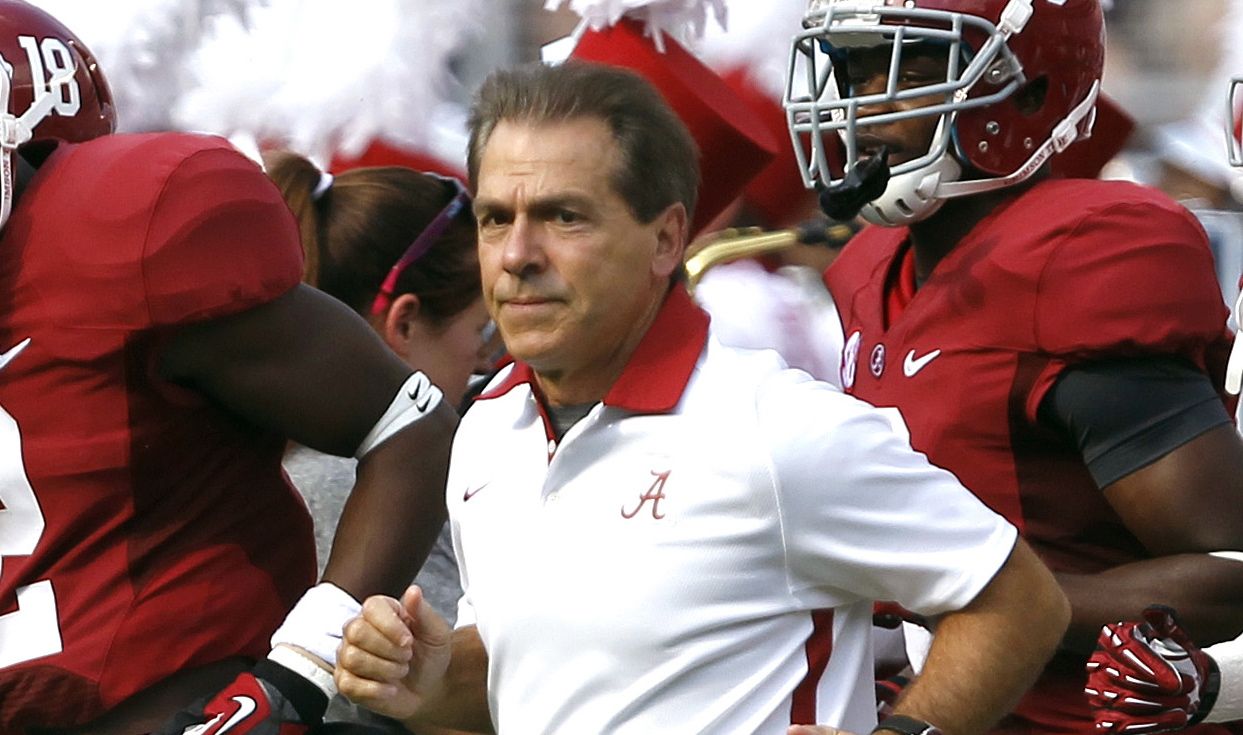 University of Alabama head coach Nick Saban says he isn’t interested in the University of Texas coaching job – saying he’s “too damn old to start all over some place else.”

Still, the report that Saban’s agent discussed the position with a Longhorn regent back in January has sent shockwaves across the college football landscape – including Clemson, S.C.

First, the report: According to the Associated Press, Saban’s agent Jimmy Sexton had a phone conversation on January 7 with Texas regent Wallace Hall and former regent Tom Hicks, who helped lure current Texas coach Mack Brown away from North Carolina in 1997.

Two days after the call, Hicks met with Brown and asked him if he was ready to retire – ostensibly to open the position for Saban. Brown said “No” – and the conversation ended.

After winning the national championship in 2005 – and finishing No. 2 in the nation in 2009 (losing the national title to Saban’s Alabama squad) – the Longhorns’ on-field fortunes have declined in recent years. Brown has gone 22-16 over the past three seasons – and his current team is off to a disappointing 1-2 start.

Saban is downplaying the speculation.

“Nothing went on that I know of,” Saban said of the discussions between his agent and Texas. “I don’t know about any of this stuff. I haven’t talked to anybody about that particular situation. They have a coach there.”

Hmmmm … those are some pretty qualified statements if you ask us.

Why would Saban leave Alabama?

Well, Texas is one of the largest colleges in America – and has the nation’s richest athletics department. According to the latest available NCAA figures, Texas athletics raked in a whopping $150 million in 2010-11 – outdistancing second-place Ohio State by nearly $20 million. The Longhorns also have their own television network – launched in 2011 as a partnership with ESPN.

And in addition to being able to pay Saban whatever he wanted, they have something else he covets – a rebuilding opportunity.

In 2000, Saban took over a struggling LSU program and within four years the Tigers were national champions. In 2007, he took a down-in-the-dumps Alabama team to its first national title in nearly two decades. Saban has gone on to win two additional titles in Tuscaloosa – in 2011 and 2012 – and his current team is the odds-on favorite to make it a three-peat.

Bottom line? If Saban wins a third straight national title – and Texas continues to struggle – this could happen.

Now: What does all of this speculation mean for fans of Clemson University (another team with 2013 national championship aspirations)?

Well, if Saban were to leave Alabama for Texas sources tell FITS that Clemson’s Dabo Swinney would be on the shortlist to replace him. In fact depending on how Swinney finishes the current season, he could actually be the favorite for this position. After a 19-15 start in his first two-and-a-half years at Clemson, Swinney has posted a 24-6 record in his last thirty games (including a pair of upsets over SEC powerhouses LSU and Georgia). 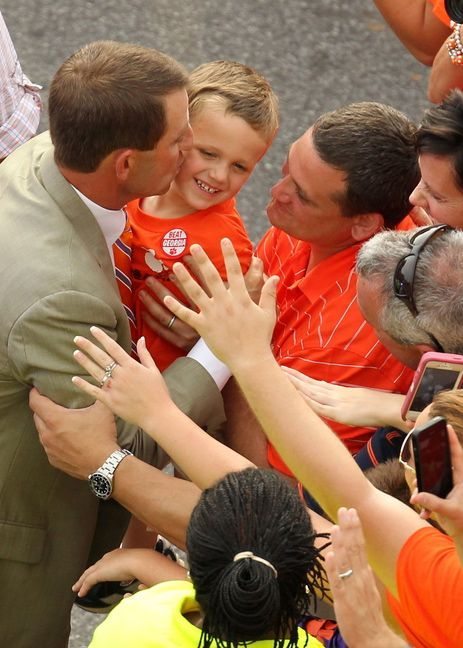 The only team he hasn’t been able to solve? Steve Spurrier’s South Carolina Gamecocks, who have won four in a row over Swinney’s Tigers.

Now … if Swinney were to leave Clemson (for Alabama or anywhere else), assistant coordinator Chad Morris would obviously become the Tigers’ next head coach, right?

Not necessarily. Nebraska – another legendary program which has seen its stock slide in recent years – is reportedly eyeing Morris for its head coaching job in the event Bo Pelini continues to struggle.

That means the Tigers could conceivably be without their head coach and their offensive coordinator heading into 2014.

Swinney’s contract at Clemson runs through 2017. Morris – the highest paid assistant coach in America at $1.3 million – is also signed through 2017. There is no buyout clause in Morris’ contract in the event he leaves to become a head coach elsewhere, however Swinney would have to pay Clemson $400,000 for every year remaining on his contract if he took another head coaching job.