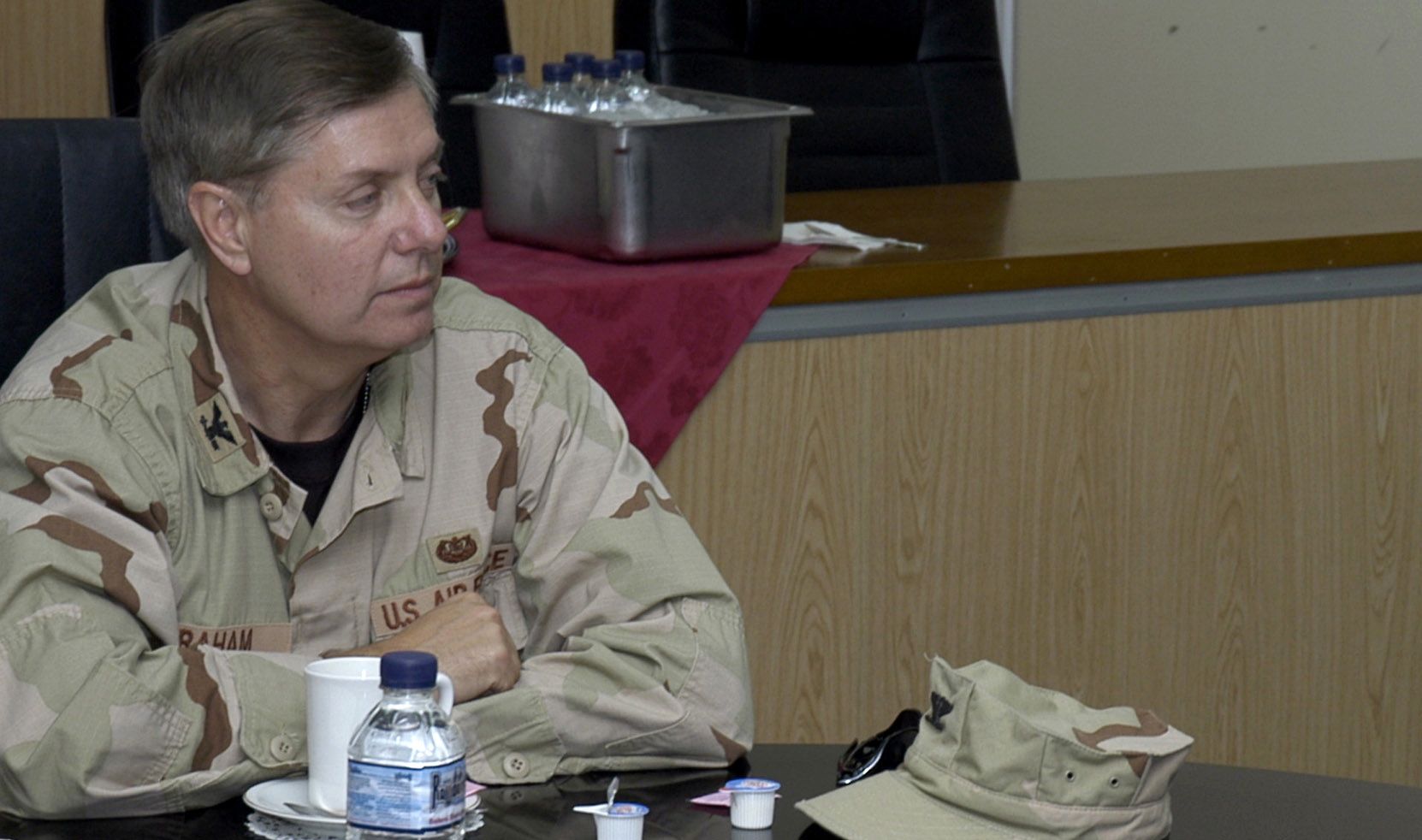 U.S. Sen. Lindsey Graham (RINO-S.C.) must be catching an earful from his masters in the military-industrial complex …

The tried and true “bipartisan” warmonger playbook – which Graham and his allies have run to perfection on countless occasions in the past – failed to convince the American people of the efficacy of intervening in the Syrian civil war. As a result a planned congressional vote authorizing U.S. President Barack Obama to use military force against the regime of Bashar al-Assad was scrapped in favor of, um, “diplomacy.”

Graham and the warmongers were displeased.

In fact they are bound and determined not to let it happen again – which is why Graham is pushing a “blank check” use-of-force resolution in Iran, another Middle Eastern nation he wants to preemptively attack.

“I’m going to get a bipartisan coalition together,” Graham told fellow RINO Mike Huckabee on Sunday. “We’re going to put together a use-of-force resolution, allowing our country to use military force … to stop the Iranian nuclear program.”

What sort of military force are we talking about?

“Instead of a surgical strike on their nuclear infrastructure, I think we’re to the point now that you have to really neuter the regime’s ability to wage war against us and our allies,” Graham said in 2010. “(We must) destroy the ability of the regime to strike back.”

In a compelling column published this week, former GOP presidential candidate Pat Buchanan assailed Graham’s warmongering – pointing out that Iran hasn’t built a nuclear bomb, no longer appears to be in pursuit of a nuclear bomb and is actively negotiating an end to U.S. sanctions under its new leader, Hassan Rouhani.

Given these facts, Buchanan is (wisely) urging anti-interventionists in Congress to “(meet) Graham’s war resolution with one of their own, reaffirming that, as of today, Obama has no authority to launch any pre-emptive or presidential war on Iran.”

Lindsey Graham likes to talk a tough game … but as we’ve noted previously he doesn’t walk the walk, preferring to let other people’s blood (and money) cash the checks his mouth writes.

We’re all for using American military might to defend this nation and protect its most vital interests – but the wars Graham is seeking to start with multiple Middle Eastern nations do not rise to the level. Moreover, pursuing them absent a compelling national interest will only make us less safe by needlessly stoking anti-American extremism.