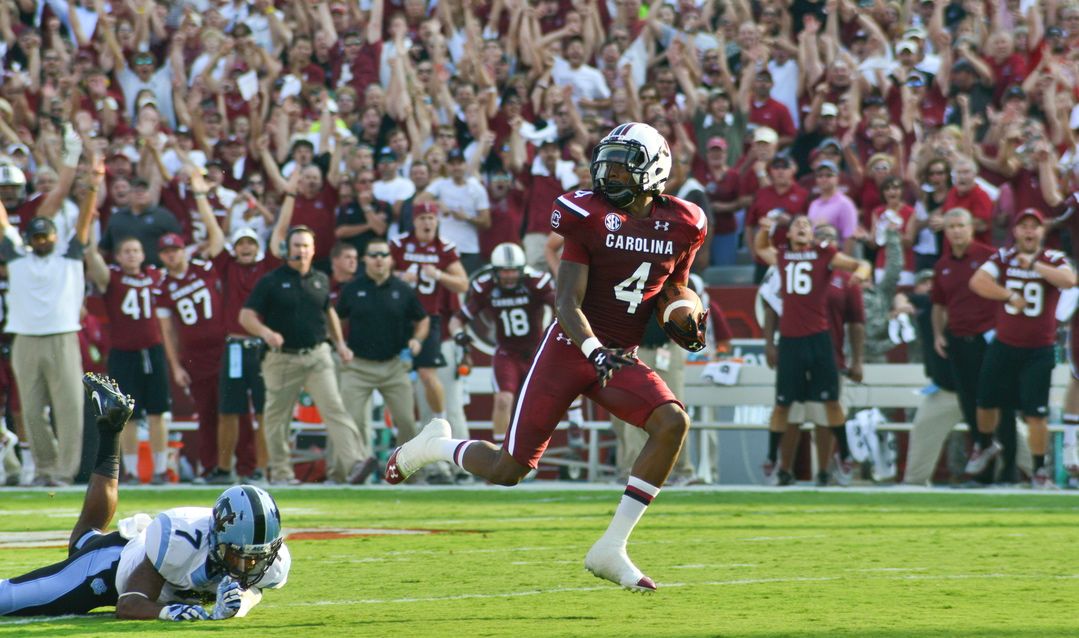 COLUMBIA, S.C. – Saturday’s Southeastern Conference football contest versus Vanderbilt at Williams-Brice Stadium (Saturday, Sept. 14, 7 p.m., ESPN) is sold out. The game is the fourth announced sellout of 2013, as the season-opening victory versus North Carolina was sold out, and the Florida (Nov. 16) and Clemson (Nov. 30) contests are also sellouts.

The 2013 campaign marks the first time since the 2008 season that four games at Williams-Brice have sold out. South Carolina has sold more than 97.4 percent of its home tickets for its seven home games this season.

Less than 300 tickets remain for South Carolina’s contest versus Kentucky on October 5. Tickets can be purchased by calling (800) 4SC-FANS, or by visiting GamecocksOnline.com/Football2013.

No. 13/14 South Carolina hosts Vanderbilt on Saturday at Williams-Brice Stadium, before its first bye week of the season next weekend. The Gamecocks then travel to face UCF in Orlando on Sat., Sept. 28.