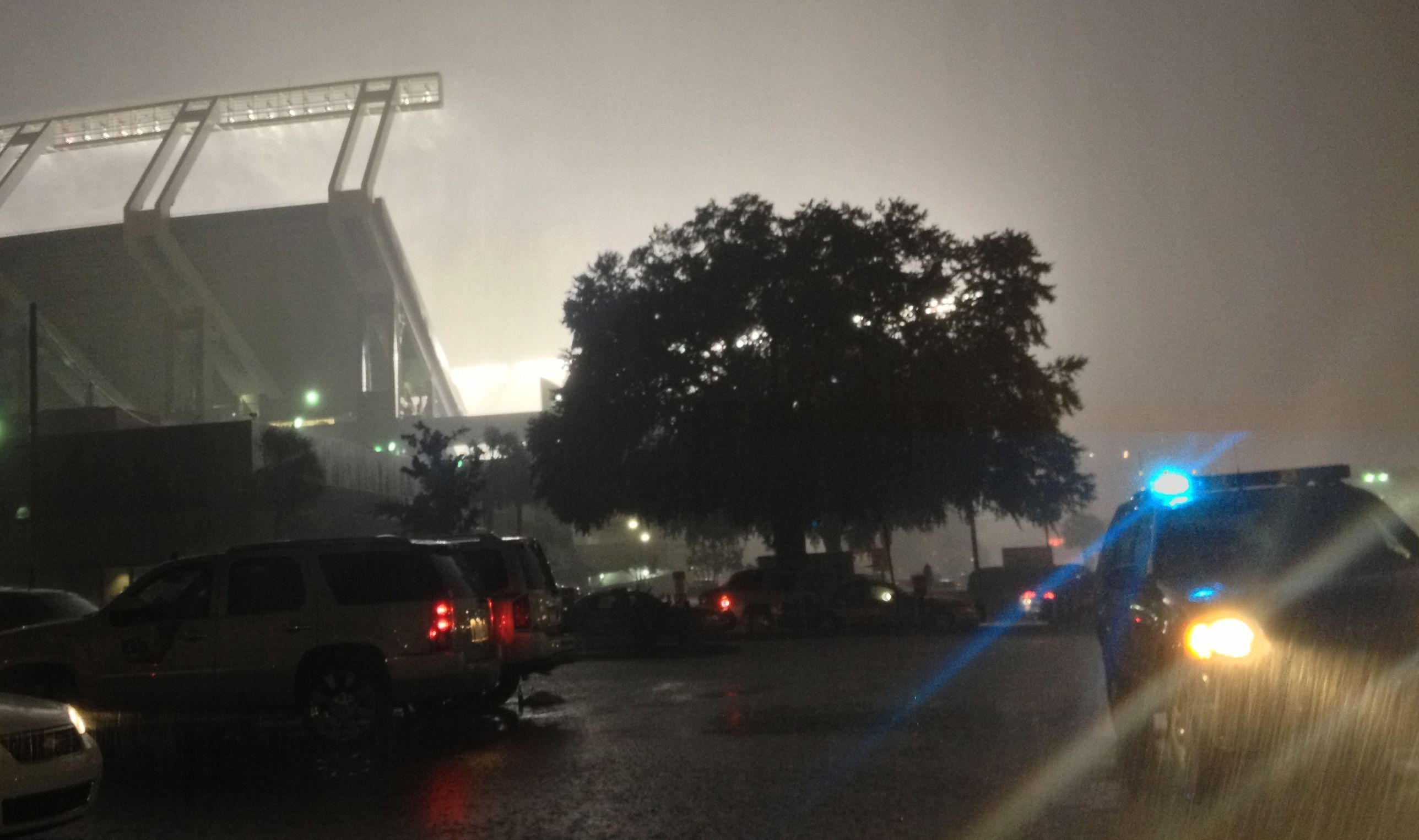 The game was delayed for nearly two hours due to a ferocious thunderstorm which rolled through downtown Columbia, S.C. midway through the fourth quarter of USC’s 27-10 win. Play at Williams Brice stadium was suspended at 8:46 p.m. with a little more than eight minutes remaining in the game.

It didn’t resume until 10:30 p.m. – in accordance with an NCAA rule requiring thirty minutes to elapse without any visible lightning in the area.

By the time the Gamecocks and Tar Heels retook the field, most of the announced crowd of 81,572 was long gone … choosing to fight traffic rather than mother nature.

And who can blame them, based on this .gif (via Deadspin) …

The initial announcement of the game’s suspension drew “boos” from the crowd, but an hour later – when many of them were getting pelted with heavy rain in the parking lot – it seemed pretty clear the officiating crew made the correct call.

And while the storm was no frog-strangler by any stretch of the imagination (it’s a Southern term, look it up), the lightning strikes were pretty intense. 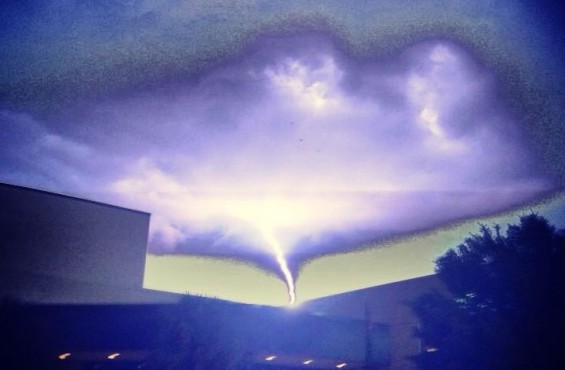 Besides, USC fans normally leave around this time of the game… it’s tradition.