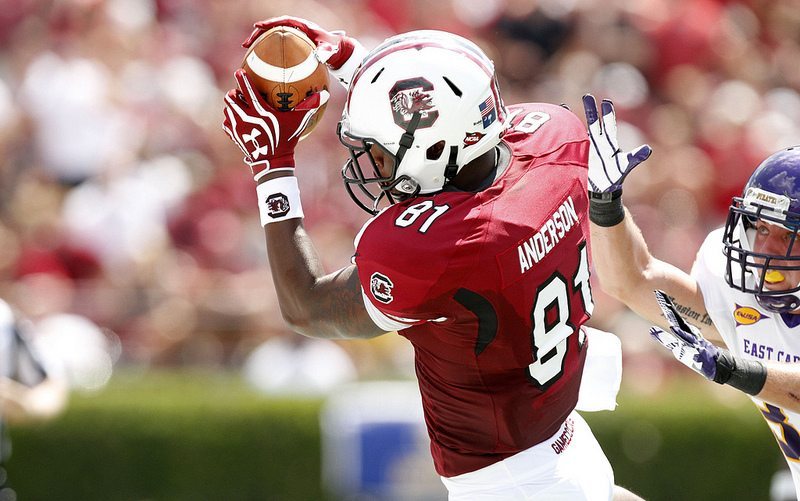 This website’s founding editor had a heckuva year picking college football games in 2012. For example he missed the final score of last year’s South Carolina-Clemson game by just two points, and came within a touchdown on several other games (including South Carolina home wins over Missouri and UAB).

In fact a few of our Twitter followers actually won some cash laying down bets based on Will Folks’ (a.k.a. Sic Willie’s) venerable prognostication.

This season we’re stepping up our game – not only issuing Sic’s weekly predictions but offering up a few reasons for choosing the outcomes we did. The first game on tap? Sixth-ranked South Carolina’s season opener tonight against the University of North Carolina.

As our headline attests, we’re calling for a decisive Gamecock win – a 22-point victory margin. That’s around 10 points higher than the latest Vegas line, which has head coach Steve Spurrier’s squad installed as a 12.5-point favorite.

The Gamecock D-linemen are just that good … while the level of competition in the ACC is, well, that bad.

Assuming you’re into the parlay thing, we’re calling for at least two sacks from Heisman Trophy candidate Jadeveon Clowney – although his fellow defensive linemen Kelcy Quarles and Chaz Sutton could potentially have bigger games statistically due to the frequent double/triple-teams Clowney is likely to draw.

Offensively the Gamecocks boast two proven signal callers – Connor Shaw and Dylan Thompson – as well as tons of speed and depth at the skill positions. Speaking of … we fully expect running back Mike Davis and wide receiver Shaq Roland to have breakthrough seasons in 2013.

What do you think the score of tonight’s game will be? Post your prediction in our comments section below …