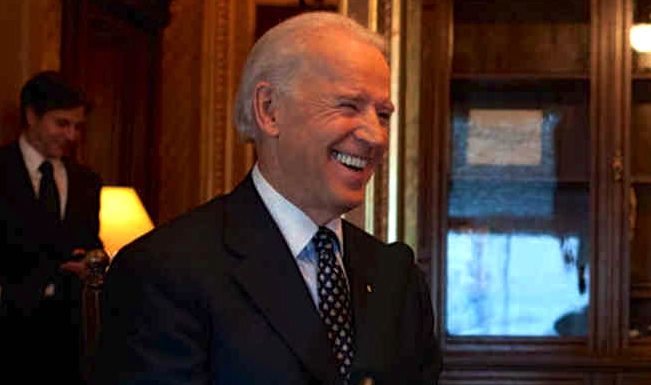 U.S. Vice President Joe Biden will travel to Iowa next month to speak at a “steak fry” fundraiser for U.S. Sen. Tom Harkin. His appearance at the September 15 event – one of several visits he’s made to early primary states – signals his ongoing interest in a presidential campaign in 2016.

Biden – who ran unsuccessfully for president in 1988 and 2008 – would face an uphill climb in the event he runs.

For starters, Hillary Clinton is the clear favorite to capture the next Democratic presidential nomination – and she will likely enjoy the support of U.S. President Barack Obama’s network after Bill Clinton agreed to enthusiastically embrace Obama’s 2012 reelection bid.

Biden is also 70 years old – and prone to frequent bouts of “foot-in-mouth” disease. And he’s a groper.

Obviously anything can happen in politics, but at this point Joe Biden seems highly unlikely to even make it out of his own party’s primary election …