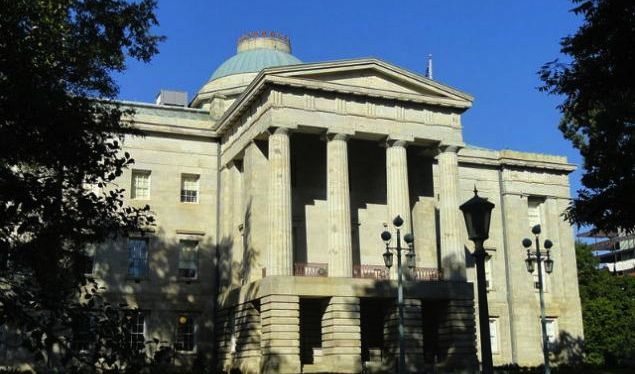 When we last checked in on North Carolina, its “Republican” leaders were mulling a massive tax reconfiguration which would have raised taxes on residents of the Tar Heel State by approximately $900 million. Fortunately, that proposal failed to pass – and state leaders instead adopted a plan which will lower the state’s tax burden by $2.4 billion over the coming five years.

This plan – which we support – was signed into law last month by Gov. Pat McCrory.

Finally, additional relief would come in the form of the elimination of the state’s “death tax.”

Obviously, not all of these cuts constitute pure tax relief. The state’s sales tax will increase and numerous existing exemptions will be closed. But instead of an overall tax hike (or shift) – Tar Heel State leaders had the political courage to cut taxes. Not only that, they targeted these cuts where they will have the maximum economic impact.

“In short, North Carolina moves from the middle of the pack to one of the nation’s leaders in economic competitiveness,” the website American Legislator notes.

Now … let’s contrast what North Carolina has done with what S.C. Gov. Nikki Haley has proposed for the Palmetto State. In her FY 2013-14 budget proposal, Haley offered up just $29 worth of income tax relief per filer – and she put this infinitesimally small cut on a “wish list” in the event surplus revenue was available.

South Carolina has been the recipient of some terrible economic news lately. One recent report ranked the Palmetto State No. 45 out of 50 in terms of the best states to “make a living.” Another recent report ranked Haley 34th out of 45 governors in terms of private sector job creation (five governors were not ranked because they entered office in 2013). Other recent reports showed the Palmetto State as having a terrible business tax climate as well as zero upward mobility for its citizens.

This bold move by North Carolina will make it even more difficult for the Palmetto State to gain ground. And makes the failure of our “Republican” leaders to take such steps in recent years all the more inexcusable.