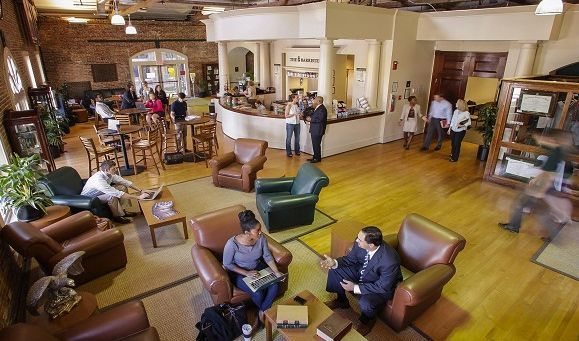 It’s official: The Charleston School of Law (CSOL) has imploded.

Five days before its students were scheduled to take the 2013 bar exam – and ten days after a critical transfer deadline elapsed – the school has pulled the ultimate shocker, announcing a “management agreement” with a shady company specializing in the creation of what critics call “diploma mills.”

“If I even pass the bar – I now a have a degree from DeVry University,” one livid law school student told FITS.

Meanwhile a prominent legal blog – Above The Law – wrote that CSOL students “woke up this morning feeling a bit like exotic dancers who just found out that their strip joint was being sold to a whorehouse.”

The surprise decision – news of which broke exclusively on FITS – is being described as a “coup d’etat” on the part of the school’s founders, one undertaken without the knowledge or consent of alumni, faculty, staff or students.

“All of this was very planned,” one source says of CSOL’s deal with InfiLaw, a company which runs three other high-cost, low-outcome law schools across the country.

FITS has spoken with at least four students who have withdrawn their acceptance at the school – while three other students tell FITS they have spoken with attorneys about their options in the wake of CSOL’s “deliberate deception.” Same goes for members of CSOL’s alumi association and faculty – two groups which also appear to have been deliberately misled regarding the negotiations between the school and InfiLaw.

“We were told it was a consulting agreement,” one faculty member tells FITS. “They lied to our faces.”

Several key staffers at the school – included a prominent and well-respected dean – also tell FITS they were misled.

What a shame … and what a sh*tty way to do business.

We’ve had plenty of not-so-nice things to say about CSOL in recent years. In fact, this website broke the infamous bar exam scam story six years ago – in which the S.C. Supreme Court tossed an entire section of the bar exam in an effort to artificially inflate passage rates at the school.

Having said that, the school has done much better on recent bar exams – and with a few notable exceptions appeared to be progressing toward some semblance of respectability.

Stay tuned to FITS. We’ll let you know in the event lawsuits are filed in this case … given that everybody involved here is a lawyer (or an aspiring one), we suspect it is inevitable.

UPDATE: In the meantime, here’s an interesting blog post with some more info on InfiLaw …

UPDATE II: Here, for now, is the official response from the head of the CSOL Alumni Association …

UPDATE III: And here is an especially eager email sent out by the school’s student body president …

Related Topics:Charleston School of LawcsolInfiLawSouth Carolina bar exam
Up Next