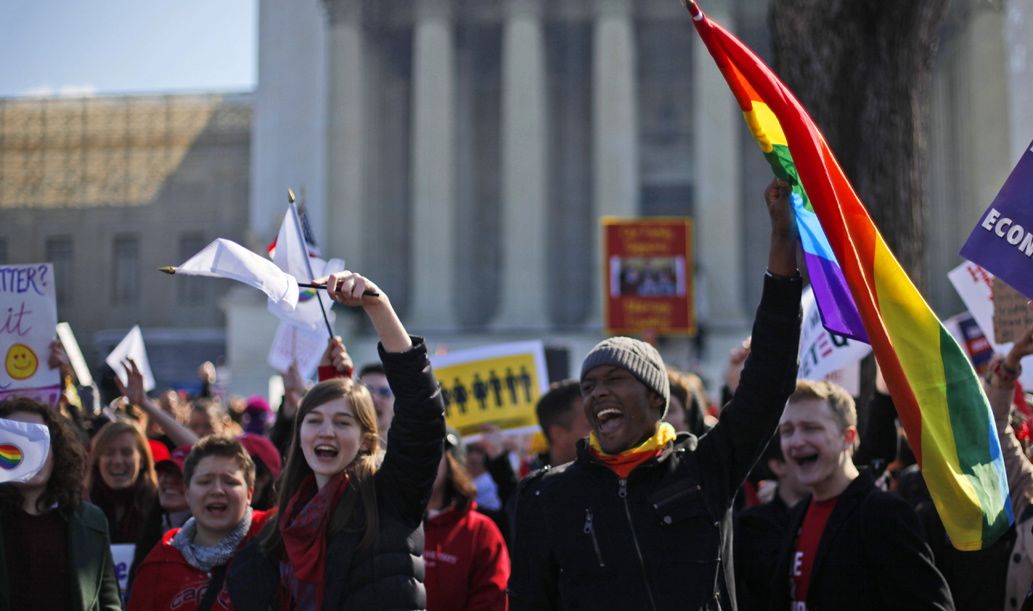 As we await the decisions of some key cases before the United States Supreme Court, it reminds me of a wonderful opportunity I had earlier in the spring as I traveled with fellow law students form the Charlotte School Of Law to sit in on a portion of the arguments concerning the issue of gay marriage.

During oral arguments on the Defense of Marriage Act (DOMA), Chief Justice Roberts commented that the President should have the “courage” to stop executing statutes he deems unconstitutional and not rely on the courts to sort it out. The Constitution not only requires the President execute laws made by the Congress, but, more importantly, uphold the Constitution.

Like the majority of Americans I am not “anti-gay” nor am I “anti-gay marriage.” I have been a casual observer of the debate, occasionally reading an article or watching a news segment on point. Regardless, one cannot have a laissez-faire attitude toward the issue raised by the Chief Justice: Why is the President allowing the courts to determine whether gay marriage is constitutional, rather than publicly declaring DOMA unconstitutional and forcing the courts to make him uphold the law?

While giving a speech, a famous judge once said, “politics doesn’t enter the courtroom  … and I believe in Santa Clause and the Easter Bunny.” I reference this old joke not to make light of our judicial system, but to highlight the dynamic relationship between the judiciary branch and politics, which I suspect are at play in the President’s actions, or lack thereof, to LEAD on the issue of gay marriage. Same-sex marriage, and the benefits granted to married couples, is monumental for our nation, both politically and legally.

Hit it out of the park, Mr. President!

Concerning DOMA, President Obama has two issues to resolve in fulfilling his constitutionally demanded duty: He must respect the legislative process while preserving and upholding the Constitution. When there is a conflict between these obligations, the Constitution dictates its protection prevails.

President Obama inherited DOMA and his administration, while publically criticizing it, still has chosen to enforce the law. President Obama has on many occasions publically stated DOMA is unconstitutional and often cites the Equal Protection Clause of the Constitution. It is that Clause, along with the Civil War, the Fourteenth Amendment, and almost 100 years of struggle that finally gave African-Americans civil rights.

I agree with the President that DOMA is an Equal Protection Clause issue, for the congressional testimony specifically singled out a class of citizens. What I do not agree with is Obama’s refusal to take the ultimate stand and defend the constitution if he does in fact think it is unconstitutional.

If President Obama truly believed DOMA to be unconstitutional, he should not only declare it to be so, but also use the powers vested in him by refusing to administer such an unconstitutional act. Then the Court would be in the position of forcing his administration to administer the Act or not, instead of trying to legislative from the bench as the President has passed this on to them as Chief Justice Roberts stated months ago.

My theory on the President’s lack of action is not based on law but on politics. The President is pandering to both gay rights advocates and African-Americans (African Americans tend to have a more conservative stance on homosexuality as a whole based on much polling data). That’s why I believe President Obama refuses to lead in this area. Therefore, Obama allows the IRS to aggressively tax gay couples (in states which allow gay marriage) differently than it does straight married couples, especially with regard to enforcement of estate taxes. This refusal on the part of the President is pure political cowardice.

Why cowardice?  Because while it is rare, there are examples where the President of the United States has refused to enforce a congressional act because he felt it unconstitutional.

In short, it’s as if the DOMA congressional record was a giant softball, pitched to the President, perfectly positioned for him to swing for the fence. Instead, Obama chose to walk.  While safely on first base, he stayed in the game, without being a target.  Yet, that isn’t what the courts wanted. It isn’t what the Constitution demands of him. It shouldn’t be what advocates of same-sex rights want. And its definitely not what America needs.

To the big eyes in Washington:  I’m simply disagreeing with the process route the President is taking on this issue.  I am not anti-American, I love my country and I pray this doesn’t snag me under the “Patriot Act.”

Larry Marchant is a former elected official, aides to a Governor and Congressman and currently a political and public relations consultant and is just over 30 hours shy of a Juris Doctorate from the Charlotte School of Law.  He resides in Columbia, S.C.