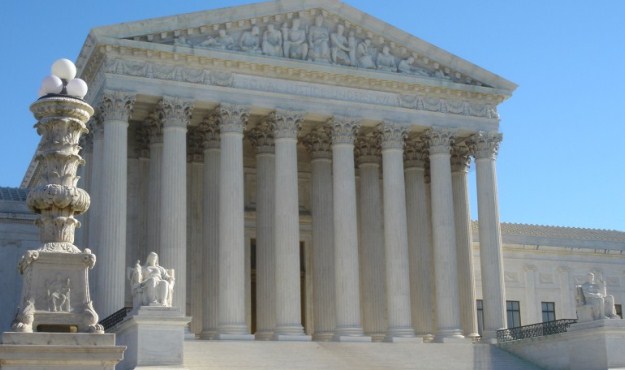 In a 7-2 ruling, the U.S. Supreme Court decided this week that the National Voter Registration Act (NVRA), passed in 1993, took precedence over Arizona’s Proposition 200, a 2004 law allowing state election officials to turn away voters who did not provide proof of citizenship in addition to the voter registration form mandated by the NVRA when voting in federal elections.

The federal form used under the NVRA allows voters to check “yes” or “no” when asked if they are U.S. citizens, and to sign the form, swearing under penalty of perjury, that they are indeed American citizens. Arizona’s law required prospective voters to supply additional documentation to prove their citizenship, such as a driver’s license, state-issued identification card, passport, a birth certificate or proof of naturalization.

The case, Arizona v. The Inter Tribal Council of Arizona, revolved around whether the state law conflicted with the federal law and prevented tens of thousands of Arizonians from voting in federal elections because they could not provide the supplemental documentation required by the state. In 2012, the U.S. Court of Appeals for the 9th Circuit ruled that Arizona officials must accept the NVRA forms. The Supreme Court took up the case after the state of Arizona appealed that decision.

An attorney for the state of Arizona argued that the NVRA was inadequate and was essentially allowing people to vote under an honor system. Three other states with similar voting laws – Alabama, Georgia and Kansas – urged the Court to uphold Proposition 200’s requirements.

Patricia A. Millett, who represented the Inter Tribal Council of Arizona and other groups challenging the Arizona law, insisted that statements made under oath “are proof beyond a reasonable doubt” in criminal cases involving the death penalty, and should thus be sufficient for purposes of voting.

“This decision reaffirms the principle that states may not undermine this critical law’s effectiveness by adding burdens not required under federal law,” said Laughlin McDonald, special counsel for the American Civil Liberties Union (ACLU), in a statement. “In doing so, the court has taken a vital step in ensuring the ballot remains free, fair, and accessible for all citizens.”

In the majority opinion, written by conservative justice Antonin Scalia, the Court held that federal form had to be accepted as sufficient. “Arizona’s evidence-of-citizenship requirement, as applied to Federal Form applicants, is pre-empted by the NVRA’s mandate that States “accept and use” the Federal Form,” the decision read.

Thomas said the Constitution gives states the power “to determine the qualifications of voters in federal elections, which necessarily includes the related power to determine whether those qualifications are satisfied.” Alito said the language of the NVRA was ambiguous and that he read it to meant that states could accept and use the federal form as part of their voter registration process but could require additional documentation as well.

According to the ACLU, an estimated 13 million people nationwide lack documentary proof of their citizenship, and 90 percent of the over 31,000 U.S. citizens whose voter registration applications were denied in Arizona were actually born in the United States.

The decision in this case comes in the midst of heated national battles over both voter identification and immigration laws.