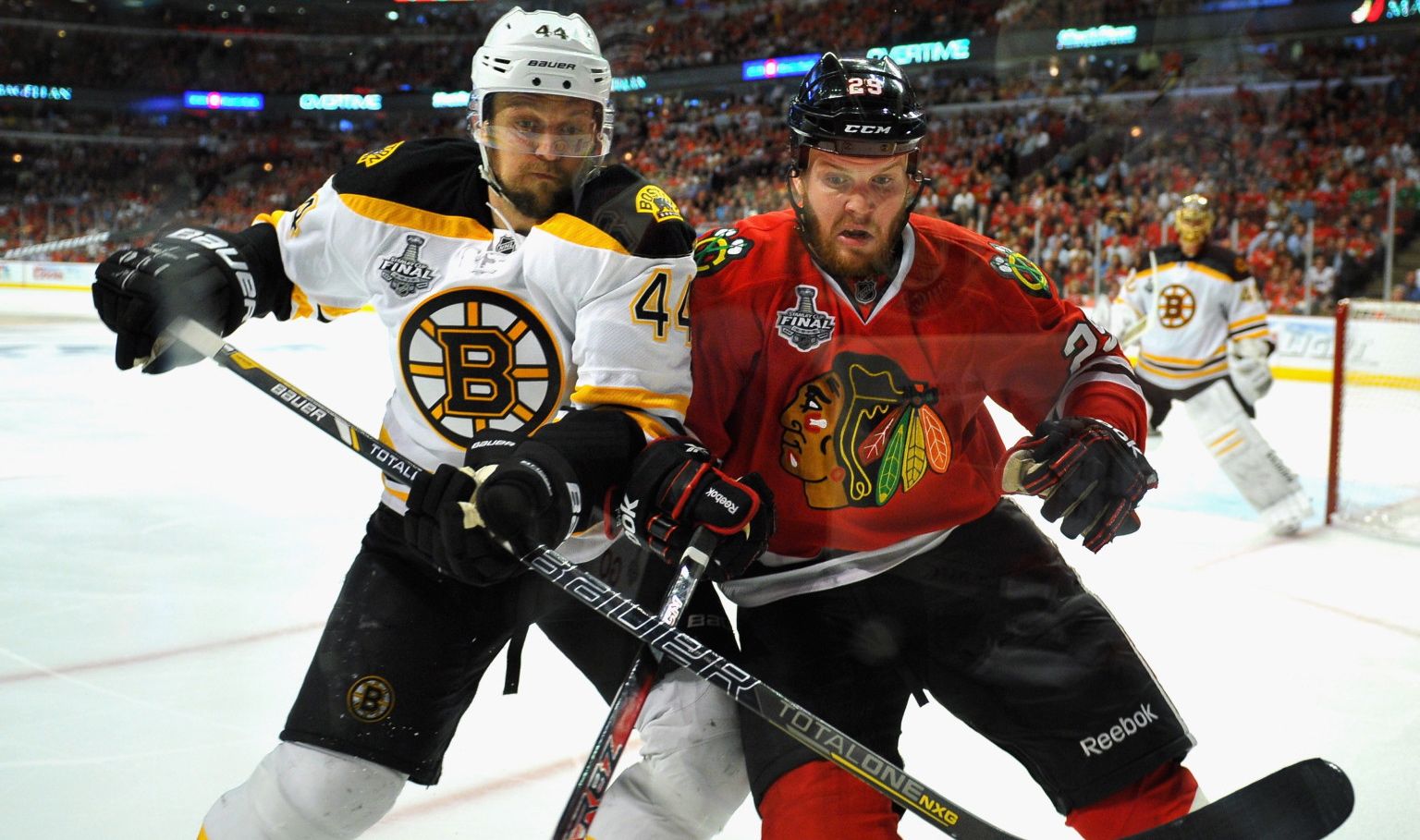 We’ve tried for years to get our Southern audience into ice hockey, but it turns out most Southerners are a bit too “slow” for the sport …

And to its discredit, hockey has done its worst when it comes to killing off potential fan interest. The league lost half of its 2012-13 season due to an owner-initiated lockout – less than a decade after another locked forced the cancellation of an entire season.

That’s too bad, because hockey is truly the greatest sport out there … “tough like football, fast like NASCAR,” as one minor league executive once told us.

This year’s Stanley Cup Finals – between our founding editor’s beloved Chicago Blackhawks and the Boston Bruins – is already one for the ages, with the Blackhawks winning a thrilling 4-3 triple overtime game on Wednesday night to take a 1-0 lead in the best-of-seven series.

Game two is scheduled for Saturday night at 8:00 p.m. EDT, with NBCSN providing the television coverage live from the United Center in Chicago, Illinois.

Never watched a hockey game? Do yourself a favor and check this one out … you’ll be glad you did.

Plenty of fans checked out the first game, as NBC scored a 4.8 overnight Nielsen rating – the sport’s best opening game showing since 1997. Even more encouraging, audiences in Chicago and Boston were way up from 2010 and 2011, when the Blackhawks and Bruins won Stanley Cup championships.

Throughout the playoffs viewership is up 38 percent from a year ago, according to NBC Sports.

Obviously hockey still has a lot of work to do. For example game four of the NBA Finals between the Miami Heat and the San Antonio Spurs drew a 12.0 rating – although local audiences for the NBA series are on the decline.

What Happened To Howard’s Rock …