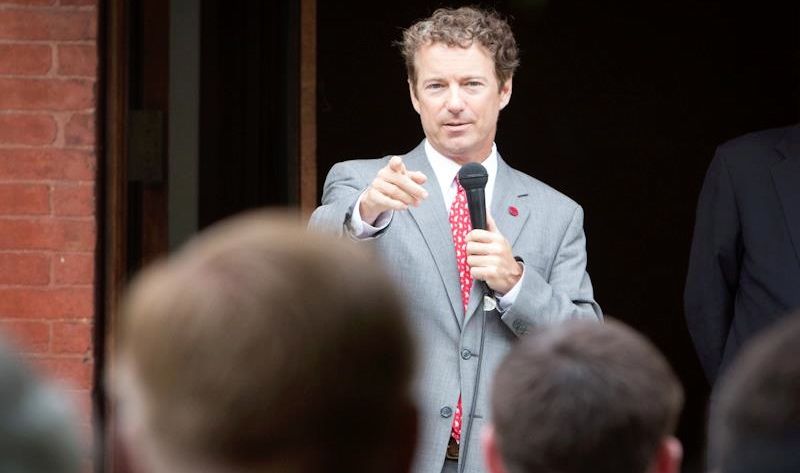 Since his election in 2010, Paul has been an outspoken advocate for limited government and cutting spending. He has proven to be an outspoken champion for constitutional liberties and fiscal responsibility, and a fighter against government overreach. Among his first legislative proposals: cutting $500 billion in federal spending and a plan to balance the federal budget in just five years.

“More than anything, Washington needs strong and consistent voices for fiscal responsibility and liberty,” Paul said. “Mark has proven during his time in office that watching out for taxpayers and holding the line on spending are his top priorities. What we absolutely cannot afford is someone like his opponent, who will be yet another vote for a return to the Pelosi speakership, for disastrous programs like Obamacare, and for more spending and debt. I am pleased to endorse Mark and stand with him in this race.”

“Rand has been an incredible advocate for both today’s and tomorrow’s taxpayers in the way he’s pushed for fiscal sustainability in Washington,” Sanford said. “It goes back to this larger idea of walking the walk, and governing in the same way you campaign. I think in looking at my own record, there’s been a consistent theme of looking out for taxpayers and the bottom line. And unfortunately, with respect to my opponent, it simply isn’t believable that she would be an independent voice given who has been funding her campaign.”