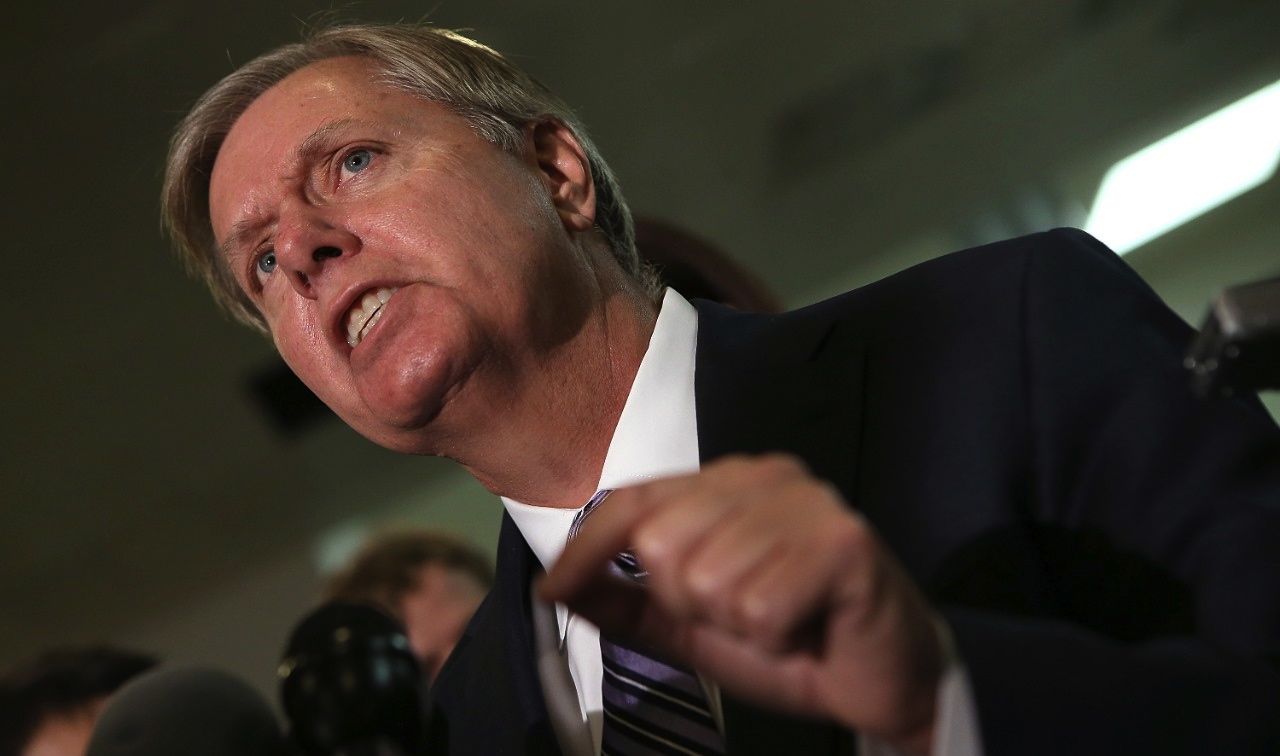 U.S. Sen. Lindsey Graham (RINO-S.C.) – that fiscally liberal, war-mongering neocon whore who attacked U.S. Sen. Rand Paul last month (and again this month) for having the audacity to stand up for individual liberty – is at it again.

Arguing that the U.S. Constitution shouldn’t apply in the (potential) prosecution of one of the Boston Marathon bombing suspects.

If captured, I hope Administration will at least consider holding the Boston suspect as enemy combatant for intelligence gathering purposes.

The last thing we may want to do is read Boston suspect Miranda Rights telling him to “remain silent.”

“They were radicalized somewhere, somehow,” Graham told Jennifer Rubin of The Washington Post. “Regardless of whether they are international or ‘homegrown,’ this is Exhibit A of why the homeland is the battlefield.”

Translation? The American criminal justice system – at least insofar as Graham is concerned – isn’t worth the paper the U.S. Bill of Rights was printed on.

Say what you want about 19-year-old Dzhokar Tsarnaev – the subject of the ongoing Boston manhunt – but he is an American citizen (as of last September).

That means whether we like it or not (or whether he deserves it or not), he has the right to remain silent, to have an attorney present with him during questioning and to have an attorney appointed to represent him in the event he cannot afford one. And that’s just the first layer of due process provided to American citizens.

It also means Graham and his buddies can’t waterboard him …

If You Want To See A Dead Bomber …

Boston … As It Happens …