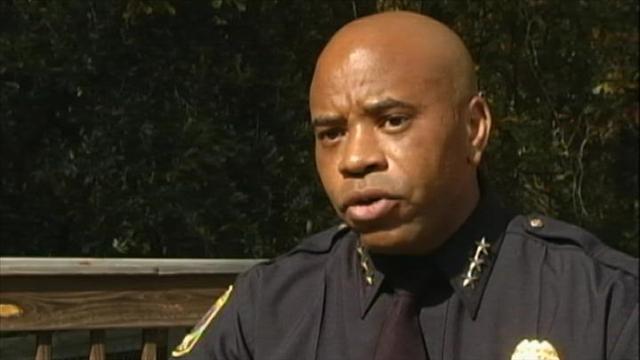 This week’s announcement by the City of Columbia, S.C. that police chief Randy Scott had taken an indefinite leave of absence caught virtually everyone in South Carolina’s capital by surprise.

Ready for the next bombshell?

Scott – whose tenure has been marred by incompetence and a dramatic escalation in violence – won’t be coming back. His “indefinite suspension” will be turning into a retirement announcement (or possibly even a termination for cause) within the next few weeks, sources tell FITS.

Why? Well we’re not necessarily disputing accounts in The (Columbia, S.C.) State newspaper citing “workplace issues” as a reason for Scott’s suspension (we’ve been hearing those rumors for several months) but that would appear to be the least of Scott’s problems.

Most of the drama enveloping the soon-to-be-former chief appears to be emanating from the downtown Columbia, S.C. apartment where he reportedly spends most of his nights. According to our sources, Scott – who is said to have a serious substance abuse problem – frequently hosted lavish, Nero-esque parties at his Main Street pad.

“Strippers, college coeds, booze, blow, you name it,” says a source who attended one of Scott’s shindigs.

Obviously that sort of thing doesn’t really offend us … people doing what they want to do behind closed doors is what America is (or at least should be) all about. As long as it doesn’t hurt anybody else, cost tax dollars or impede in their ability to do their job, we have no problem with people getting their “freak on” – even if they are married with eight children (like Scott).

Of course in Scott’s case, his night life was not only interfering with his job performance – it was apparently exposing the city to blackmail threats.

“He got way, way out of hand,” another source familiar with Scott’s hard-partying ways tells FITS. “Lots of girls.”

According to multiple sources, Scott was especially attracted to younger white women – and often used his position to offer (and provide them with) protection.

In one incident, the Columbia, S.C. fire department was reportedly called to investigate some sort of minor conflagration at Scott’s apartment. Accounts differ as to the severity of the fire, but all of the sources we’ve spoken to insist the blaze was covered up by the city to protect Scott from embarrassment. In fact a source at City Hall tells FITS this cover-up was recently used as leverage to secure an across-the-boards eight percent raise for city firefighters in the upcoming budget (police are getting only a two percent raise).

Scott and mayor Steve Benjamin are also reportedly sweating a lawsuit from the city’s former top investigator, who was fired after the city botched the investigation into a high profile disappearance-turned-suicide.

And of course then there’s the mayor’s alleged involvement with a video poker ring run out of neighboring Lexington County – which many contend Scott knew about.

FITS reached out to Scott again seeking comment … but as was the case yesterday he did not immediately return calls and messages.

Columbia is obviously no stranger to controversy involving its top cops. The city’s last chief – Tandy Carter – was fired in May 2010 after he objected to the city’s alleged interference into an investigation involving Benjamin’s controversial car crash, which left a Columbia, S.C. hotel worker with permanent physical damage. Specifically, Carter said that the investigation into Benjamin’s crash was being run by City Hall, and that he refused to be a “puppet police chief.”

So This Happened To “Pork” And “Barrel …”