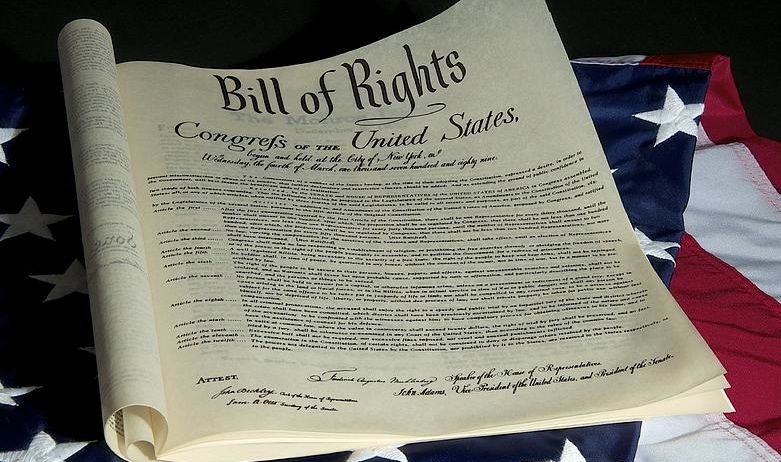 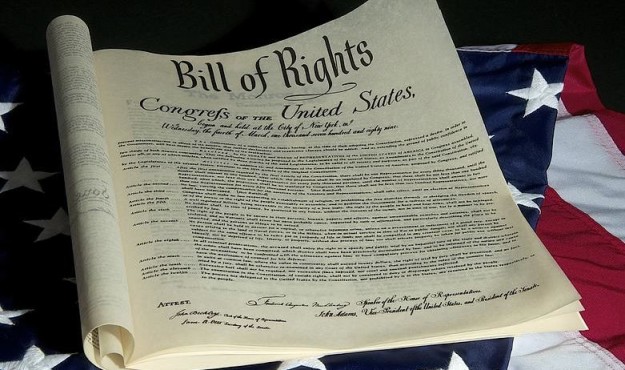 THE LEFT’S ASSAULT ON AMERICAN LIBERTY 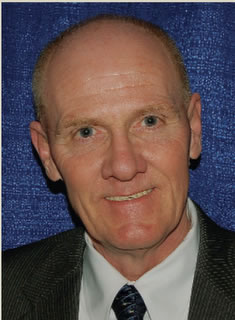 By Bill Wilson || For much of its 236-year history, the federal government has accumulated new power by whittling away at the essential protections afforded to American citizens under the U.S. Constitution.

In recent years this wholesale abandonment of our founding principles has rapidly gained momentum — accompanied by a skyrocketing government debt that now eclipses our nation’s annual gross domestic product.

“There’s a clear cause and effect here that is as neat and predictable as a law of physics,” President Reagan said in his farewell address to the nation in 1989. “As government expands, liberty contracts.”

No truer words have ever been spoken — yet in the last half-decade this nation has witnessed a stunning (and astronomically expensive) escalation of neo-fascism in America. And no political party, court nor ideological movement has proved able to blunt its building momentum.

“There’s nothing in the Constitution that says the federal government has anything to do with most of the stuff we do,” he said.

Therein lies the root of our problem.

The overt contempt for our Constitution displayed by Clyburn and other elected officials is precisely why government has become so unruly, so fiscally unsustainable and so dangerous. Tragically for our Republic, the U.S. Supreme Court empowered this view in its Obamacare ruling — inventing a new taxing authority to accommodate this abomination rather than following the law and protecting our liberties.

Decades of legislative overreach, executive power grabs and judicial activism have steadily diminished our freedom and free markets — a disintegration that may have already reached the point of terminal velocity. Our national government now prints unlimited piles of money with no congressional oversight. It taps our phones and emails with no probable cause. It compels us to purchase products or face stiff fines. And now it wants to strip us of our right to keep and bear arms. Yet even these egregious incursions are not enough for some members of the professional left.

In a recent column published by the New York Times, Georgetown University law professor Louis Michael Seidman argues for the wholesale abandonment of the U.S. Constitution, decrying “all its archaic, idiosyncratic and downright evil provisions.”

“We have to give up on the claim that we are a self-governing people who can settle our disagreements through mature and tolerant debate,” Seidman writes. “We ought to try extricating ourselves from constitutional bondage so that we can give real freedom a chance.”

These assertions are demonstrably illogical. Arguing one’s freedom would improve by allowing government to tighten its grip is like arguing one’s breathing would improve by allowing an anaconda to do the same. Yet we are supposed to accept the ongoing suffocation of our freedom and free markets in the name of expediting a socialist agenda that is bankrupting our country? And give up more of our money — along with our guns — to the new overlords?

Like so many ivory-tower leftists whose anti-American views hold sway in Washington, Seidman sees the Constitution as something to be shaken off — like a bad cold.

Of course, what he fails to recognize is that his prescription for constitutional emasculation would kill the very source of the federal government’s power and legitimacy. Absent the Constitution, there is no government — only anarchy. One cannot destroy our founding document without destroying the nation it created (or what’s left of it). And make no mistake — once freed from any real or implied constraint, government becomes the tyranny our Founding Fathers (and most present-day Americans) fear.

In other words, it ceases to be America.

The author is president of Americans for Limited Government.

Bill Wilson is president of Americans for Limited Government. Follow him on Twitter @BillWilsonALG.  This column – reprinted with permission – originally appeared on Investors’ Business Daily.