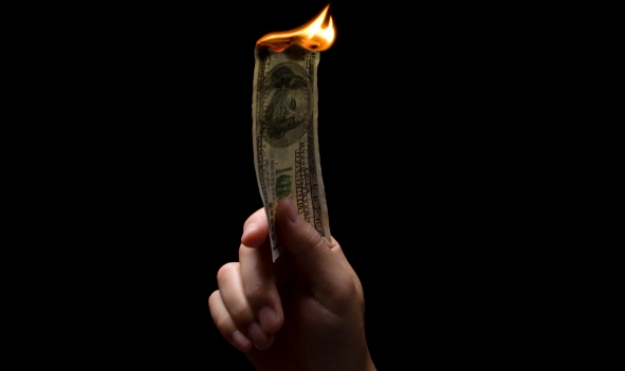 THEY’RE STILL OUT OF CONTROL

It doesn’t take a genius to realize that the federal government is on an unsustainable fiscal course … hell, a student in one of South Carolina’s worst-in-the-nation government schools could probably figure that out.

But whether people comprehend (or accept) this reality – it is reality nonetheless. Bottom line? The $620 billion “fiscal cliff tax hike” does absolutely nothing to solve America’s short- and long-term deficit problems. In fact this tax hike will likely exacerbate these problems given its anti-stimulative effect on the economy. Not only did taxes go up for the upper income earners (a.k.a. the job creators), they also went up for every worker collecting a pay check (a.k.a. the consumers).

That’s getting caught in a pincers, people.

Wait … didn’t Barack Obama and Congressional “Republicans” exempt the middle class from tax hikes? Um, no. Not even a little bit.

Which brings us to our point … after imposing massive tax hikes on all income earners the name of reducing the deficit, there’s a new report out this week which shows just how little an impact these tax hikes are going to have on deficit reduction. According to the latest data from the Congressional Budget Office (CBO), the federal government is expected to create $9.2 trillion in new debt by 2022.

“The CBO report underscores the challenge facing Obama in his second term,” observes Philip Klein of The Washington Examiner. “He’s reluctant to cut spending or agree to fundamental reforms to entitlements, but he won’t be able to significantly bring down deficits merely by raising taxes on wealthier Americans.”

That’s an incredibly concise way of saying it. Factual, not inflammatory. Painfully blunt, yet non-acerbic. But however you say it the fact remains: No serious effort is underway in Washington, D.C. to control our runaway deficits – and the latest round of tax hikes will only serve as a drag on economic growth (and by extension, revenue growth).

We’re making the situation worse, in other words …

We don’t believe in cutting taxes for the purpose of raising revenue (that’s anathema to everything we stand for), but there is an optimal level of taxation in any economy and our government was already way, way above it. Now we’ve managed to make matters worse – something we didn’t think was possible.

The Gun Debate: A Wasted Opportunity