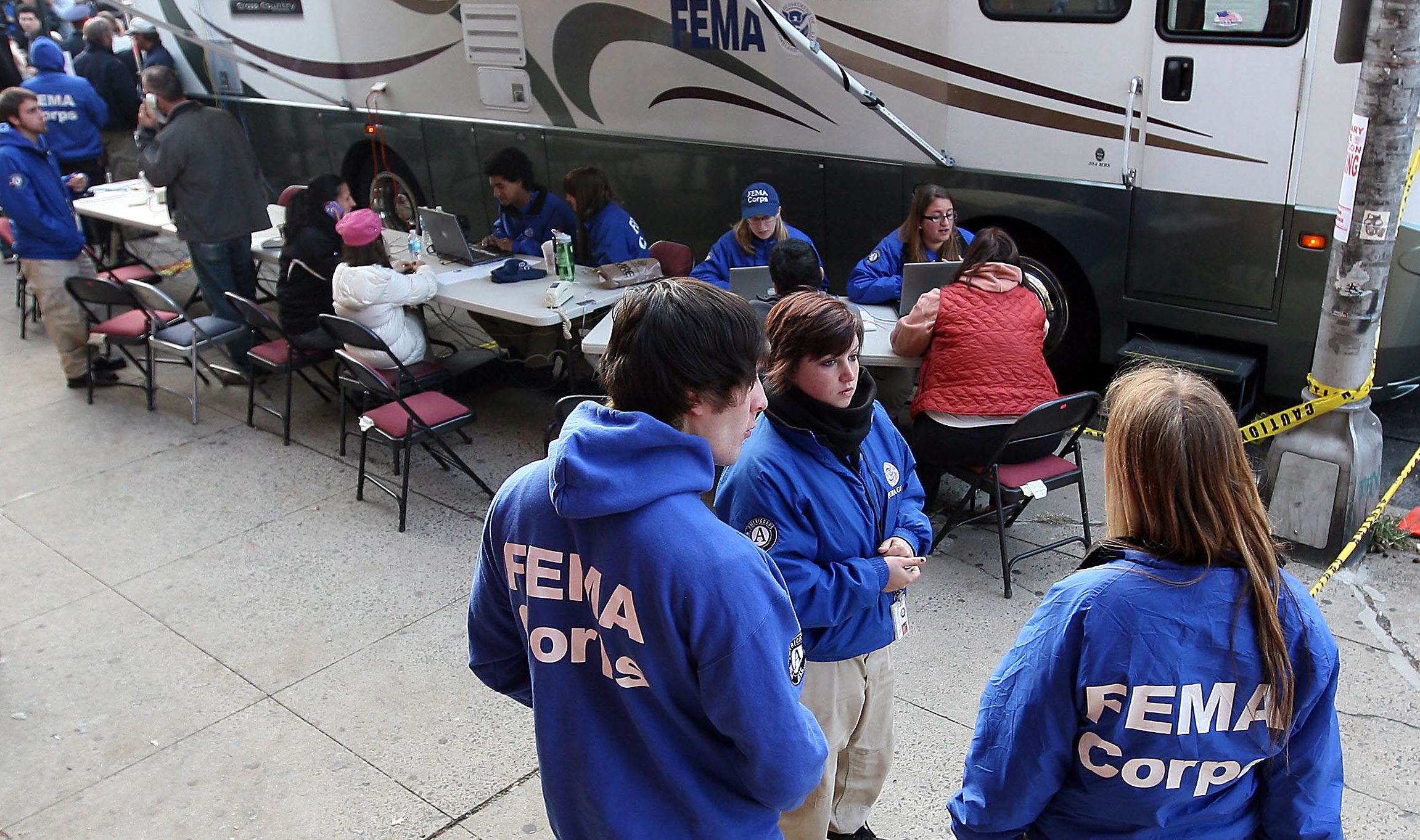 By Howard Rich || There are plenty of reasons why America is teetering on the brink of fiscal collapse – unsustainable entitlement costs, unprecedented welfare expansion and loose monetary policy from the Fed (to name just a few) – but another reason is the shameful exploitation of disaster relief funding.

The latest example of this contemptible practice is the massive $60.4 billion “Hurricane Sandy recovery bill” currently making its way through the U.S. Congress.  Like prior “emergency relief” resolutions, this legislation – the largest disaster appropriation in American history – is more about propping up politicians and bailing out bureaucracies than it is about helping those in need.

Before addressing this latest boondoggle, though, let’s make one thing clear: Government shouldn’t be in the “disaster relief” business in the first place.

“Except for the deployment and coordination of National Guard units, local police, and fire fighters to enforce the rule of law and to protect private property … national government ought not to bear the primary responsibility for disaster relief,” writes William F. Shugarth, a University of Mississippi professor who investigated public and private sector responses to Hurricane Katrina. “The price tag is simply too high.”

Shugarth’s extensive research chronicles the “bureaucratic paralysis” that afflicted the public sector during the Katrina debacle – contrasting government’s inefficiency and corruption with the speed and humanity of the private sector response.

“In the case of Hurricane Katrina, as in many other natural disasters, the immediate reactions of for-profit businesses, nongovernmental organizations large and small, and countless individual volunteers amply demonstrate that the private sector can and will supply disaster relief in adequate and perhaps socially optimal quantities,” Shugarth concludes.

Of course in Obama’s America these corporate citizens exist only to be vilified – and then taxed into oblivion – even though they are among the very first to reach needy citizens during times of crisis.

“(Private sector) companies did not tend only to their narrow interests when catastrophe struck,” Shugarth notes.  “The disaster plans they had in place allowed them to fill broader needs far in advance of the official first responders.”

The public sector’s response on the other hand was an unmitigated failure from the start – a case study in bureaucratic mismanagement and resource misappropriation.  In fact the Federal Emergency Management Agency (FEMA) not only botched its own response – it actually impeded non-profit first responders in their efforts to help those in need.

“The Red Cross begged to be allowed to go (into New Orleans) to distribute essential relief supplies but was prevented by government officials from doing so,” reveals a 2006 report published by The Cato Institute, one of numerous instances in which Homeland Security bureaucrats stood in the way of vital aid.

The Cato report also reveals the extent to which political considerations dictate the appropriation of disaster funds, concluding that “as long as the federal government has the power to dispense disaster relief funds, its incentive is to do so in a way that maximizes political ends instead of dispensing them to those with genuine need.”

Permitting politicians and bureaucrats to manage a disaster makes about as much sense as letting them manage a budget in the first place.  Which brings us back to the so-called “Sandy recovery bill.”

But these are just a few of the fringe expenses associated with this monstrosity.  The “Sandy recovery bill” also includes $1.5 billion for the Army Corps of Engineers to spend on unrelated dredging projects and “damage from previous natural disasters.”  Billions more in “community development block grants” will also flow far outside of the impacted areas.

It’s a bureaucratic free for fall, in other words.

It’s been said that the federal government never lets a crisis go to waste.  Apparently it never stops wasting money in a crisis, either.  In either case it’s time for this failed top-down approach to give way to the proven efficiency of the private sector.  That’s the best way to protect citizens – and taxpayers – when disasters strike.

Howard Rich is chairman of Americans for Limited Government. He is also a syndicated columnist for Liberty Features.

Hey Dummies, Your Taxes Went Up Too!