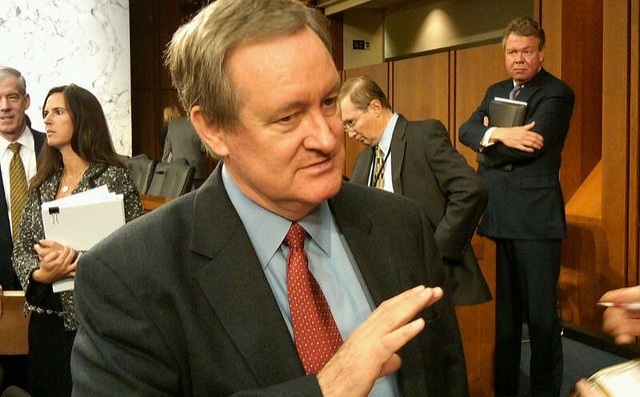 U.S. Senator Michael Crapo (R-Idaho) was arrested and charged with driving under the influence in a Washington, D.C. suburb early Sunday morning – which is curious when you consider he’s a Mormon (and Mormons are prohibited from using alcohol).

Crapo’s blood alcohol level was measured at .110 after he was pulled for running a red light in Alexandria, Virginia – where the legal limit is .08.  Stopped shortly before 1:00 a.m. EST Crapo was arrested without incident after failing several field sobriety tests and booked at a local detention facility.

“I am deeply sorry for the actions that resulted in this circumstance,” Crapo said in a statement released by his office.  “I made a mistake for which I apologize to my family, my Idaho constituents and any others who have put their trust in me.  I accept total responsibility and will deal with whatever penalty comes my way in this matter. I will also undertake measures to ensure that this circumstance is never repeated.”

Crapo has served in the U.S. Senate for the last 13 years.  Previously he served for six years in the U.S. House of Representatives.

Obviously we’ll wait until the police dash cam video from this incident comes out before awarding Crapo any “atta boys,” but if a sitting U.S. Senator really received the same sort of treatment any other drunk driver would have received – and didn’t pitch a hissy fit – that’s pretty amazing.

In an age of constant corruption and countless cover-ups, a straight-forward DUI arrest with no favor trading or threats of taxpayer-funded vengeance strikes us as downright remarkable.

As does a politician taking immediate responsibility for their actions …