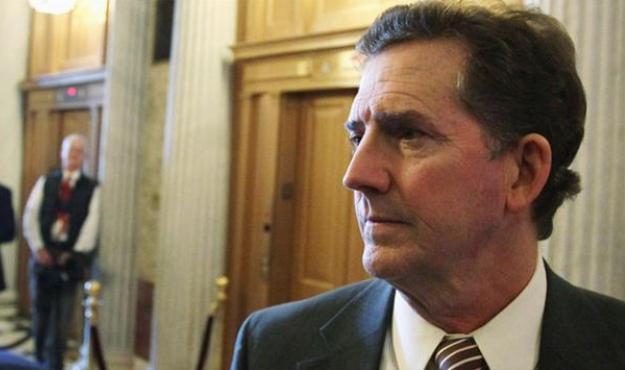 “Speaker Boehner’s $800 billion tax hike will destroy American jobs and allow politicians in Washington to spend even more, while not reducing our $16 trillion debt by a single penny,” said Senator DeMint. “This isn’t rocket science. Everyone knows that when you take money out of the economy, it destroys jobs, and everyone knows that when you give politicians more money, they spend it. This is why Republicans must oppose tax increases and insist on real spending reductions that shrink the size of government and allow Americans to keep more of their hard-earned money.

“Big government is the cause of our debt crisis, not the solution. Washington has a spending addiction that is shackling our children and grandchildren with unsustainable debt. Conservatives fought for a balanced budget amendment last year precisely because we knew the political establishment in Washington would never stop their tax and spend addiction without it. However, if neither party leadership is going to put forward a serious plan to balance the budget and pay down the debt, we should end this charade. We can stop the fiscal cliff with the bill that House Republicans already passed that simply extends the current tax rates and replaces the defense cuts with reductions in wasteful spending.”