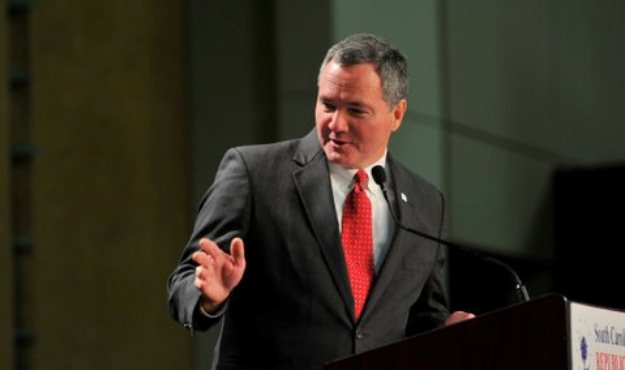 SCANDAL-SCARRED LEGISLATIVE LEADER GETS A KEY (AND UNDESERVED) NOD

Embattled S.C. House Speaker Bobby Harrell has rolled out a new television commercial as he faces a petition challenger for his seat in the S.C. House of Representatives.

Does this mean Harrell is scared?  No.  It means he’s looking to run up his margin of victory in an effort to silence his critics (some of whom it turns out are not that hard to silence).

“He’s a small business owner,” Scott says of Harrell.  “He understands the bottom line AND protecting taxpayers.  I know Bobby Harrell.  He has integrity and we need to keep Bobby Harrell working for us in the House.”

Over the last decade (first as House Ways and Means chairman and later as Speaker), Harrell has presided over an explosion of government growth in South Carolina – including a dramatic ramp-up in failed government-funded “economic development” at our state’s colleges and universities.

The result of all that excess spending?  A “Lost Decade” that our state may never recover from.

Scott is also flat out lying when he says Harrell “has integrity.”  Not only did Harrell recently get busted padding his pockets with campaign cash via a duplicitous reimbursement scheme, but he has threatened and intimidated his way out of trouble – secure in the knowledge that no one in a leadership position in this state is going to call him out.

In fact not only are they refusing to call him out … Scott is now kissing his ass.

This is embarrassing.  And profoundly disappointing.

This website endorsed Scott for the U.S. Congress and for the most part he’s been a decent pro-taxpayer vote.  Unfortunately he’s been wrong more than right lately – and more than most politicians he seems to have an insatiable desire to be liked by “Republican” leaders at the state and federal level.

That’s not going to hurt Scott in this election cycle, but he is gradually destroying his brand by siding with establishment politicians like Harrell over the taxpayers.

Scott told FITS that Harrell has been a longtime “mentor” and supporter of his – and that he is confident that Harrell’s reimbursements were legitimate.

Apparently he hasn’t heard about the $23,000 that Harrell repaid his campaign account (an admission of guilt) or the lingering questions pertaining to the stated value of his reimbursements.

More importantly, how does Scott explain his contention that Harrell “protects taxpayers?”

We asked him that … but received no answer.