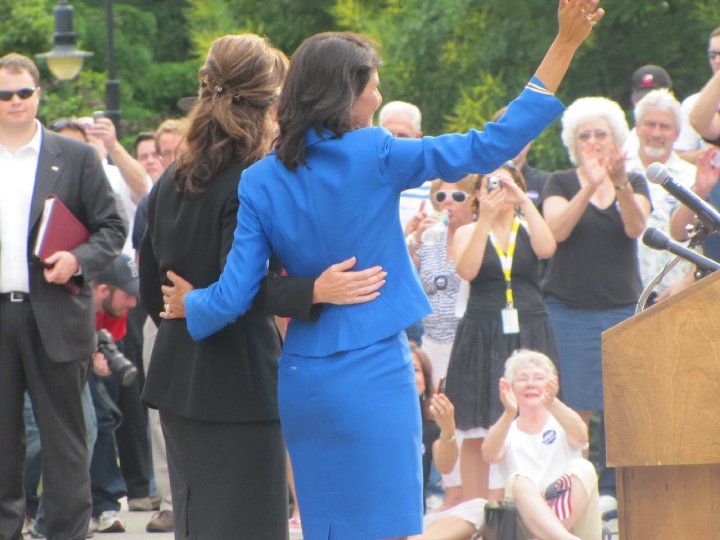 S.C. Rep. Nikki Haley is refusing to sign a sworn affidavit offering her version of the “truth” pertaining to a pair of claims that she had romantic encounters outside the bounds of her 13-year marriage.

Previously, Haley has refused to release taxpayer-funded email and phone records requested by members of the media – citing a legislative exemption. She eventually agreed (after three months) to a selective release of one of her taxpayer-funded email accounts, but this incomplete disclosure ended up raising more questions than answers.

For starters, Haley has only released emails from her “G” drive, which is where most political spam (and constituent email) is sent.  She did not release any information from her “L” drive, which is where lawmakers conduct the majority of their electronic correspondence. Also, the emails Haley released on Friday only cover a time period ranging between April and June of this year – making them totally irrelevant to reporters seeking to investigate any of the affair allegations that have been made against her. More importantly, Haley did not release any information from her state-issued computer hard drives – which keep a permanent record of all sent and received messages, as well as any deleted emails from her desktop and laptop computers.

Folks said in May that he had an “inappropriate physical relationship” with Haley, but provided no details (or proof). Marchant claims that he had a one-night stand with Haley in Salt Lake City, Utah on Father’s Day weekend in 2008, offering details of their encounter but no proof.

While no “smoking gun” has been unearthed to conclusively prove either claim, Folks has released dozens of text messages documenting his decision to come forward and admit his affair with Haley. In one of these texts, Haley’s campaign manager Tim Pearson wrote “we keep this under wraps and (Haley) is going to win.” Additionally, Folks released phone logs showing dozens of late-night phone conversations between himself and Haley after the Lexington Republican told a radio host that she “barely knew him.”

This week, at the request of a group investigating several of Haley’s claims, Folks released an affidavit that began to outline specific details of his relationship with the GOP nominee.

Details from Folks’ affidavit – which were first reported by Chris Haire of the Charleston City Paper – have made statewide and national news over the last two days. The affidavit was not reported on by FITSNews, however.

The organization requesting the affidavits, S.C. Conservatives for Truth in Politics (TIP), has not received a response from the Haley campaign.

Meanwhile, Marchant has said that he will provide an affidavit to the organization, but has yet to do so.