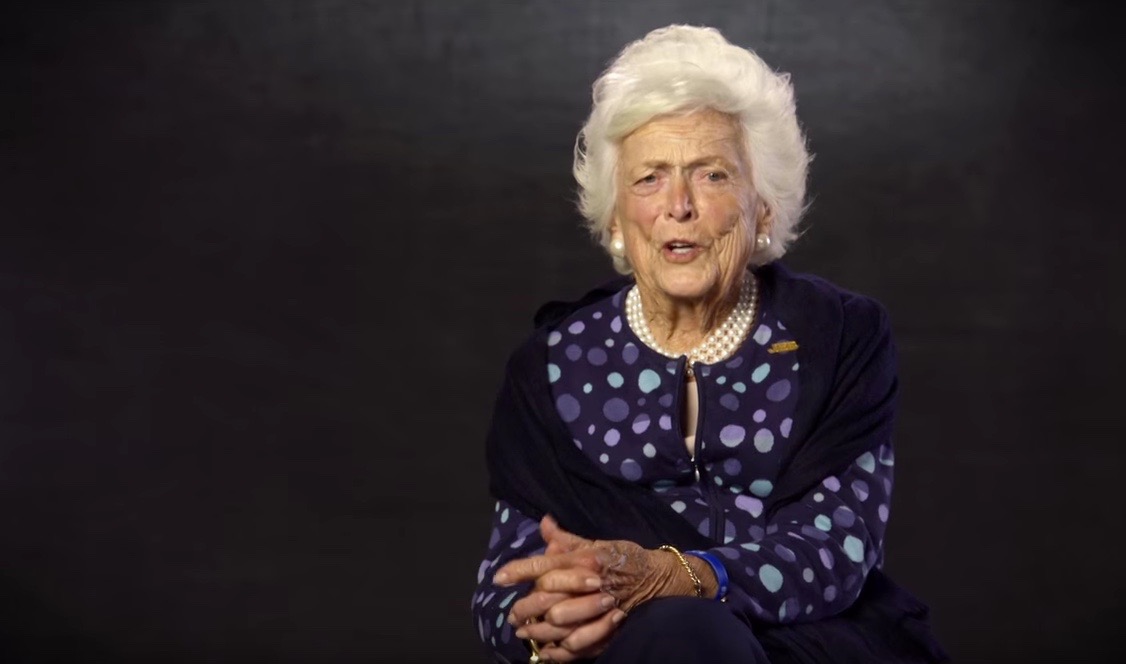 JEB BUSH GETS AN ENDORSEMENT … FROM HIS MOMMY

While the GOP frontrunners do battle over the issues, former Florida governor Jeb Bush – who at one point in the 2016 presidential campaign was one of the “Republican” frontrunners – has launched a new video featuring his mother, former first lady Barbara Bush.

“When push comes to shove, people are going to realize Jeb has real solutions,” Bush says of her son.  “Rather than talking about how popular they are, how great they are, he’s doing it because he sees a huge need and it’s not being filled by anybody.  Of all the people running, he seems to be the one who can solve the problems. I think he’ll be a great president.”

Wow … Bush has his own mother taking thinly-veiled shots at Donald Trump?  Jeez …

Anyway … in addition to her video message, Barbara Bush is sending out copies of a hand-written letter (.pdf here) she wrote about her son’s presidential bid.  According to Bush’s campaign, the letter “has been sent out in Iowa and will be sent in New Hampshire and South Carolina as well.”

As we’ve written previously, the Palmetto State’s “Republican” presidential primary features a disproportionate percentage of older voters – which is exactly the sort of demographic that might be more inclined to respond favorably to this sort of communication.

Jeb Bush is making a late play to remain relevant in South Carolina – a state he led at this point last year.   According to the latest aggregate polling from Real Clear Politics, he’s currently polling at 10 percent – in fourth place.  However, Bush has seen his support tick up modestly over the last two months of campaigning as support for other establishment “Republicans” – notably his former protege Marco Rubio – has fallen.