We had heard from our network of Lowcountry legal sources that South Carolina’s ninth circuit solicitor Scarlett Wilson was no shrinking violet … and apparently we heard right.

Wilson came out swinging against her critics this week, responding to a letter from a group of defense attorneys accusing her of prosecutorial misconduct – and urging the S.C. Attorney General’s office to investigate her.

According to Wilson, the attorneys questioning her “reached back nearly a decade and plucked (nine) cases out of the roughly 150,000 warrants that we handled, about 750 of which were called to trial.”

Wilson noted that none of the disputed prosecutions were handled by her personally and several others “were resolved before I became Solicitor.”

After addressing the specifics of the allegations against her, Wilson aggressively defended her office’s conduct saying “prosecution is a tough business and I am not going to cower in fear of offending some misguided criminal defense lawyers.” 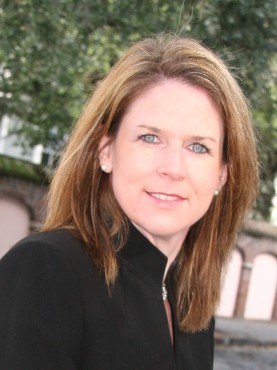 “While we push hard for justice through vigorous prosecution, we do so in a reasonable, honest and efficient manner,” Wilson wrote. “Both prosecutors and defense attorneys zealously represent their party’s interests and from time to time, we have heated disagreements. This is a natural part of our adversarial system. My office aims to strike hard blows, not foul ones. Prosecutors who attempt to ‘win at all costs’ seriously undermine our entire justice system and have no place in the Ninth Circuit Solicitor’s Office.”

Wilson added that she welcomes an investigation by S.C. Attorney General Alan Wilson, and promised to make all of her employees and case files available for his office to review.

Of particular interest in Wilson’s letter?

The extended references it makes to an anti-prosecutorial misconduct tirade launched by liberal S.C. Supreme Court justice Donald Beatty at a recent solicitor’s conference (the same tirade was referenced in the letter attacking Wilson).

We’ll address that controversy in another post, though, as Beatty’s comments are clearly deserving of additional scrutiny …