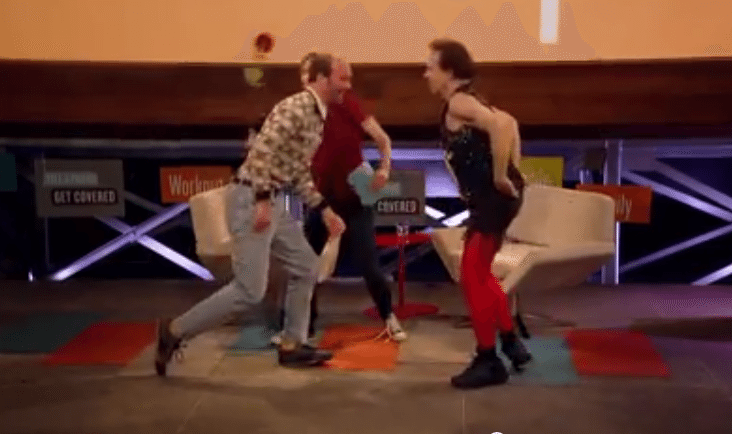 In fact that never happens.

Pretty much whatever lands on our plates … we pride ourselves on being able to explain it and put it in its proper context for you, our faithful readers.

Seriously … where to start with this?

The homoerotic twerking? (Homo-twerking?) Simmons rubbing his crotch as he writhes on the ground in support of U.S. President Barack Obama’s socialized medicine plan? Or what about the prepubescent Leonardo DiCaprio-looking female host rapping “Get Covered” and “Hashtag: Get Covered” in between each pulsating beat.

There are no words … there are simply no words.

“Oh beautiful, for spacious skies … for amber waves of grain …”

UPDATE: In case you’re wondering, Covered California received $43 million worth of federal grant money last year to “educate targeted audiences about the subsidy programs available to them and to motivate consumers and small businesses to be part of obtaining health insurance.”