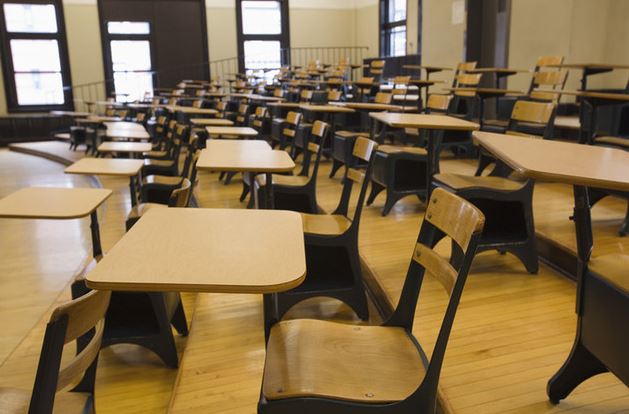 We’ve heard a lot of crazy stuff from the professional left in defense of failing government-run schools – which continue dragging academic achievement further down the drain at an increasingly steep cost to American taxpayers. Here in South Carolina – which boasts the worst government-run education system in the entire country – the constant refrain from the “progressive” establishment has been that the debate over expanded parental choices (which have yet to be passed, incidentally) represents a crippling distraction to our “public schools.”

Government educrats also argue that these “public schools” are underfunded – even though per pupil expenditures in the Palmetto State’s atrocious government-run system are more than three times as high as the average private school tuition.

(Oh, and those are just the expenses we know about … which is worth considering in light of the failing grade state government recently received on the issue of education funding transparency).

Anyway, while Palmetto State politicians – including liberal “Republicans” in the S.C. Senate – continue to block meaningful parental choice, a far left columnist has offered up perhaps the most ridiculous column we’ve ever read on the subject.

“You are a bad person if you send your children to private school,” writes Slate managing editor Allison Benedikt. “Not bad like murderer bad—but bad like ruining-one-of-our-nation’s-most-essential-institutions-in-order-to-get-what’s-best-for-your-kid bad. So, pretty bad.”

Here’s a choice excerpt from the piece …

If you can afford private school (even if affording means scrimping and saving, or taking out loans), chances are that your spawn will be perfectly fine at a crappy public school. She will have support at home (that’s you!) and all the advantages that go along with being a person whose family can pay for and cares about superior education—the exact kind of family that can help your crappy public school become less crappy. She may not learn as much or be as challenged, but take a deep breath and live with that.

Guess we should all “live with” the Obamcare individual mandate, too, which along with pro-carbon tax propaganda, FDR hero worship, free condoms for gay sex and a healthy dose of white guilt is what our children will be learning instead of reading, writing and arithmetic.

Benedikt goes on to write that parents who are fortunate enough to be able to afford choices for their kids should do more than “just acknowledge (their) liberal guilt,” they should “do something about it” by subjecting their children to the same catastrophically inferior government-subsidized education (more like indoctrination) other kids are receiving.

Missing from Benedikt’s screed? The fact that education in America didn’t wind up in the crapper until after government took over. And the more resources it has sucked up, the worse government-run education has performed. Of course Benedikt has nothing to worry about when it comes to the Palmetto State. The “one size fits all” education monopoly is alive and well here – backed to the hilt by Republicans, Democrats, liberal educrats and the “progressive” mainstream media.

That means even if most parents desperately wanted something better for their children – or something different than the full-on liberal brainwashing that government-run schools are performing on a daily basis – their options are nonexistent.

But hey … let’s just throw more money at the government-run schools for a few more decades and see what happens, right?