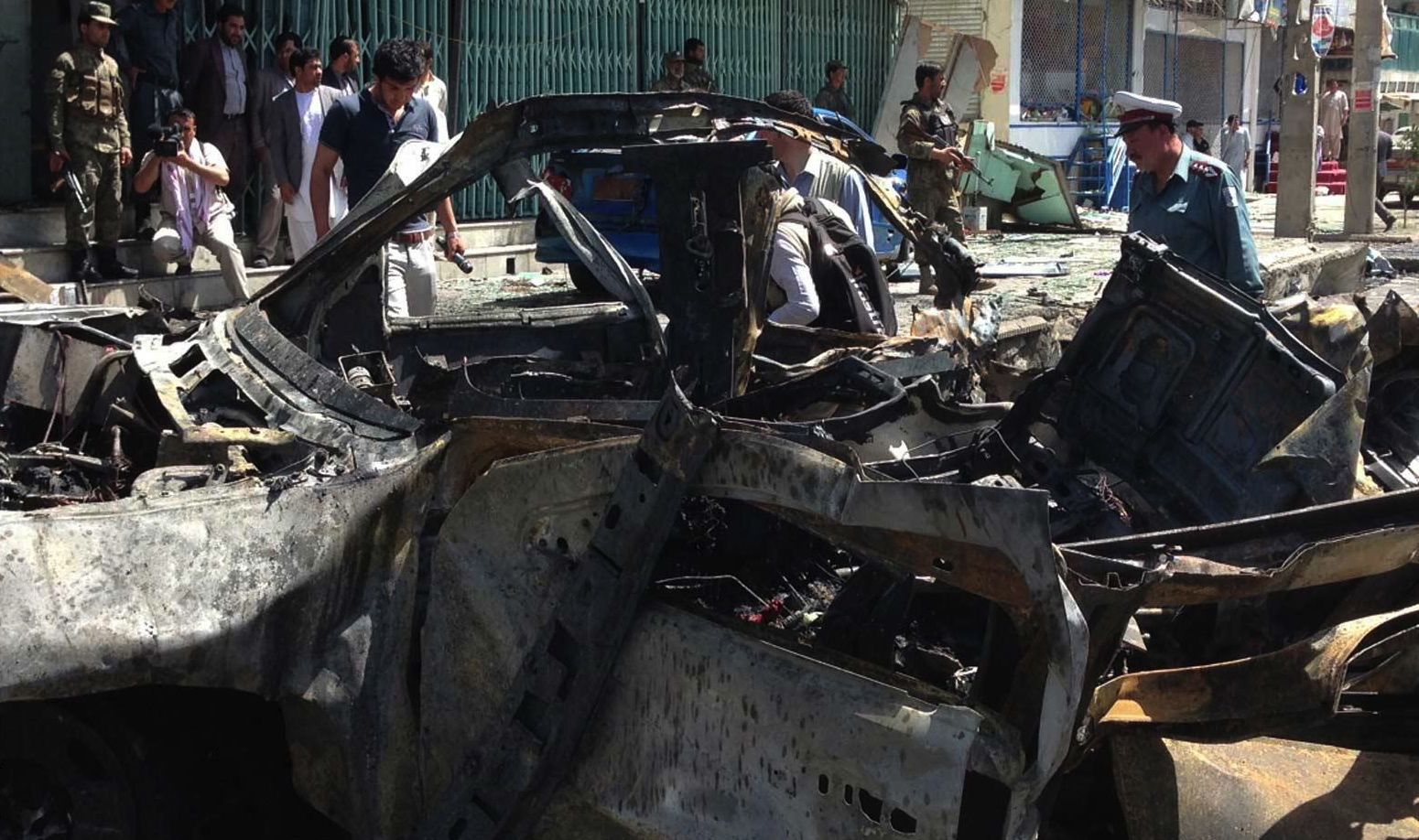 Six Americans – two soldiers and four “contractors” – were killed when their convoy was targeted by a suicide bomber. At least nine other people were killed in the bombing – which took place during the morning rush hour in Kabul.

Hezb-e-Islami (a.k.a. “Islamic Party”) claimed responsibility for the attack, indicating it had been planned for more than a week. The insurgent group is affiliated with the Taliban, the fundamentalist Islamic regime America has been battling ever since 2001.

More than 2,200 American soldiers have been killed in Afghanistan over that period – most of them over the last five years as the federal government shifted its emphasis from the “wrong” War in Iraq to the “right war” in Afghanistan.

Both conflicts are ostensibly part of America’s “War on Terror,” which has consumed more than $1.4 trillion tax dollars (and cost our Armed Forces at least 6,710 lives) since October 2001.

But hey … we got Osama bin Laden so it’s all worth it, right? Right?

Anyway we look forward to an appropriately mournful/ vengeful statement from U.S. Sen. Lindsey Graham and the rest of the neocon whores in Washington, D.C. in response to this attack … because God forbid we actually use an attack like this to raise legitimate questions about the efficacy (or lack thereof) of America’s current interventionist foreign policy.

Related Topics:afghanistanHezb-e-IslamiKabulSuicide Bombing
Up Next