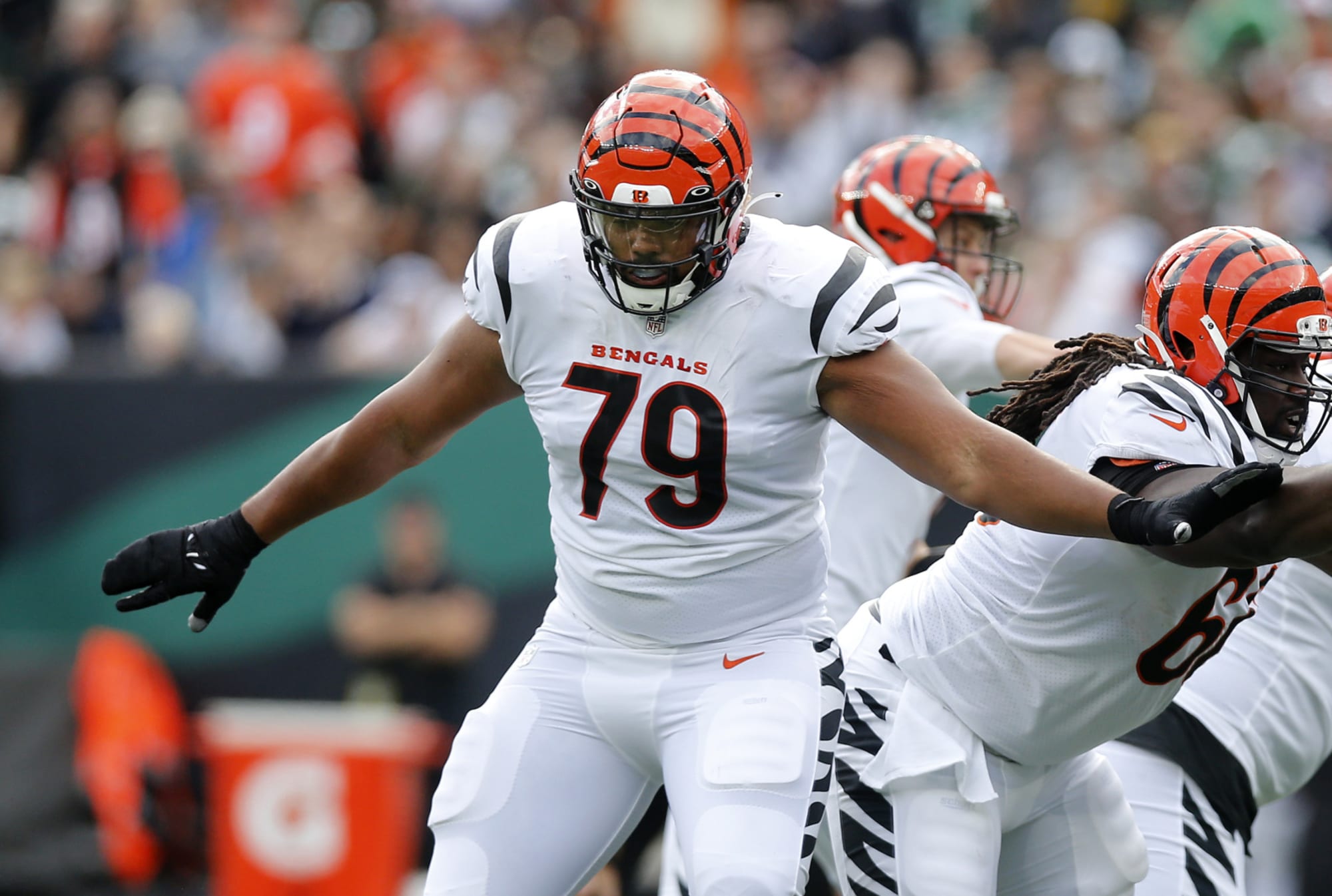 The focus of National Football League (NFL) fans at the moment is on the 2022 draft – which saw a record-setting five Georgia Bulldogs’ defenders selected in the first round this week. As second round action gets started this weekend, though, significant attention is being paid to a second-round pick from last year’s draft.

I am referring to 22-year-old Jackson Carman – an offensive tackle for the Cincinnati Bengals who played college ball for Clemson University.

Carman was selected with the No. 46 pick in the 2021 draft – but he failed to distinguish himself during his rookie campaign in Cincinnati. The 6-foot-5, 330-pound offensive guard from Fairfield, Ohio started five games before losing his job to second-year player Hakeem Adeniji – who manned the position during the Bengals’ playoff run.

“There’s still hope for him to develop into a starting-caliber offensive lineman but as of now, the pick looks like a waste, especially with the talented players still on the board who Cincinnati passed on but could have used on their roster this year,” noted Leigh Oleszczak for Fansided.

Obviously, I am not writing about Carman because he underperformed as a first-year NFL offensive lineman. That’s hardly newsworthy (unless you are a hardcore sports junkie).


What is newsworthy? According to an exhaustive report published Thursday by Kalyn Kahler of Defector, Carman allegedly raped a 15-year-old girl in Clemson, S.C. in May of 2018 when he was a freshman in Tigertown.

“He wouldn’t stop,” the unnamed alleged victim told police during an interview two years after the alleged assault. “And I told him no. I was like please don’t do this, and he did it anyway.”

“I was scared,” she told police in the second interview. “I felt alone. I knew no one could hear me so I thought if I screamed it would do no help.”

Why did she wait two years to tell her story to investigators?

“I always thought because he’s a Clemson football player, who would listen to me, so that was why I didn’t go out – I didn’t come out with it at first,” she told police.

Ultimately, S.C. thirteenth circuit solicitor Walt Wilkins declined to prosecute Carman – telling Kahler “we determined we could not prove the case beyond a reasonable doubt.” The case was officially closed last May.

In her story, Kahler noted the lead investigator on the rape case – lieutenant Michael Collins of the Clemson police department – was a former Tiger football player who played wide receiver at the school in 2003 and 2004. Despite this connection, Clemson police chief Greg Mullen insisted “there was no conflict of interest in this case” and that Collins never demonstrated any conduct which would have indicated that “he wouldn’t fairly investigate a crime no matter the victim or (the) accused.”

Kahler’s story is as much about the alleged rape as it is about what the Bengals – who nearly won Super Bowl LVI three months ago – knew about the alleged incident. The team refused to respond to her requests for comment – and refused to make Carman available for an interview.

“I am aware there is a story about Jackson Carman today,” Bengals head coach Zac Taylor told reporters late Thursday. “I don’t have any comment on that.”

According to Kahler, it is unclear “how much the Bengals knew about the police investigation before drafting Carman” – even though one of his representatives publicly addressed the issue prior to his pro day last March.

Carman reportedly acknowledged having “consensual” sexual relations with the girl, although that is a curious admission considering the age of consent for sexual activity in South Carolina is sixteen. In other words, even consensual sex with her would have been against the law.