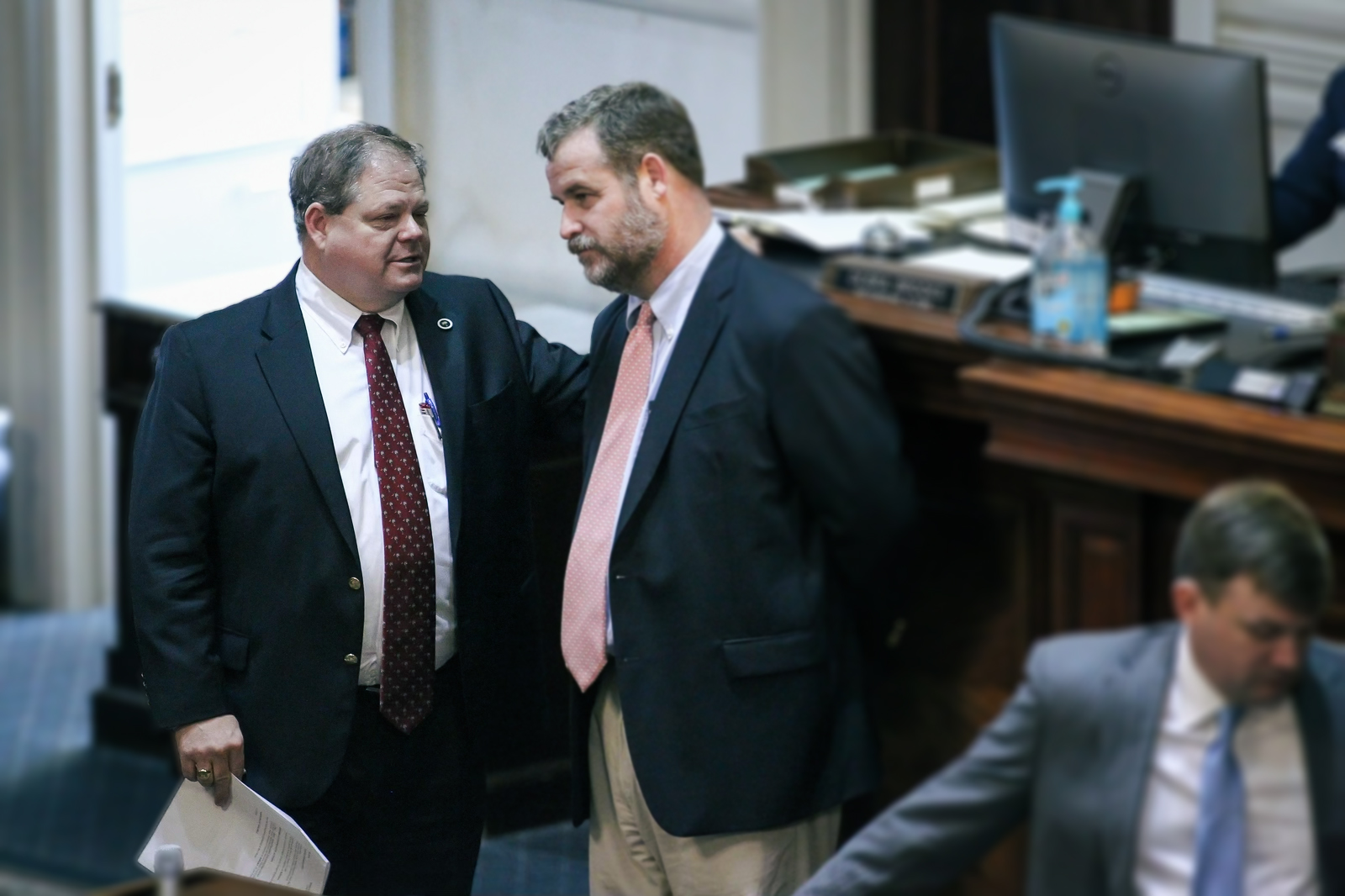 A South Carolina legislative leader remained hospitalized on Monday morning after reportedly choking on food during the first quarter of the Carolina–Clemson football game at Williams-Brice Stadium on Saturday evening.

Weston Newton (above, left) of Bluffton, S.C. was in the University of South Carolina board of trustees’ luxury box at the time of the incident. Newton was watching the game from the box because his wife, Rose Buyck Newton, is one of the school’s nearly two dozen trustees.

As this news outlet exclusively reported, Newton reportedly choked on a “food object” and had to be administered cardiopulmonary resuscitation (CPR) at the stadium. According to my sources, the 53-year-old attorney had to be “taken out (of the box) on a stretcher following the incident,” although he was reportedly “conscious and breathing as he was wheeled out of the box.”

One witness to the jarring scene recalled how they “thought (Newton) was dead.”


Over the weekend, details of the incident – which forced the temporary evacuation of the luxury box – began filtering out.

“They had to cut his clothes off of him,” another witness told me. “It was bad.”

Newton was said to be in “stable” condition following the incident – in “good spirits” and “responsive” in communicating with doctors and family members, according to sources familiar with his status. On Monday morning, one of Newton’s colleagues in the legislature confirmed he was “alert.”

Still, Newton is not completely out of the woods. In fact, as of Monday morning he remained in an intensive care unit at a Midlands-area hospital.

Multiple sources familiar with the situation say he experienced aspiration – meaning he inhaled some sort of particulate matter into his larynx and lower respiratory tract at some point during the choking incident. Obviously, aspiration can cause serious health problems (something of which I am well aware).

As of 11:00 a.m. EST on Monday morning, Newtown reportedly remained intubated – meaning he is breathing with the assistance of a ventilator.

Obviously, that is indicative of a medical situation much more serious than a simple choking incident …

A native of Greenville, S.C., Newton has represented S.C. House District 120 since 2013. Prior to his election to the House eight years ago, he spent thirteen years on Beaufort County council – including nine years as its chairman.

Since 2015, Newton has served as chairman of the House legislative oversight committee – a panel which is responsible for holding state agencies accountable to taxpayers.

While we await updates on Newton’s status, I would invite all of my readers to join me in keeping him and his family in their thoughts and prayers …

Weston remains at Prisma Health Richland Hospital and is resting and recovering.

We are so very grateful for the first responders, volunteers and friends at the University of South Carolina on Saturday. They all did a wonderful job. We are also thankful for the doctors and staff at Prisma Health Richland for their continuing and professional care of Weston.

Weston is off the ventilator and his doctors tell us that he’s is heading in the right direction. We all anticipate that he will make a full and speedy recovery.

Thank you for your prayers and concerns. We ask you continue to join us in praying for a complete recovery for Weston.