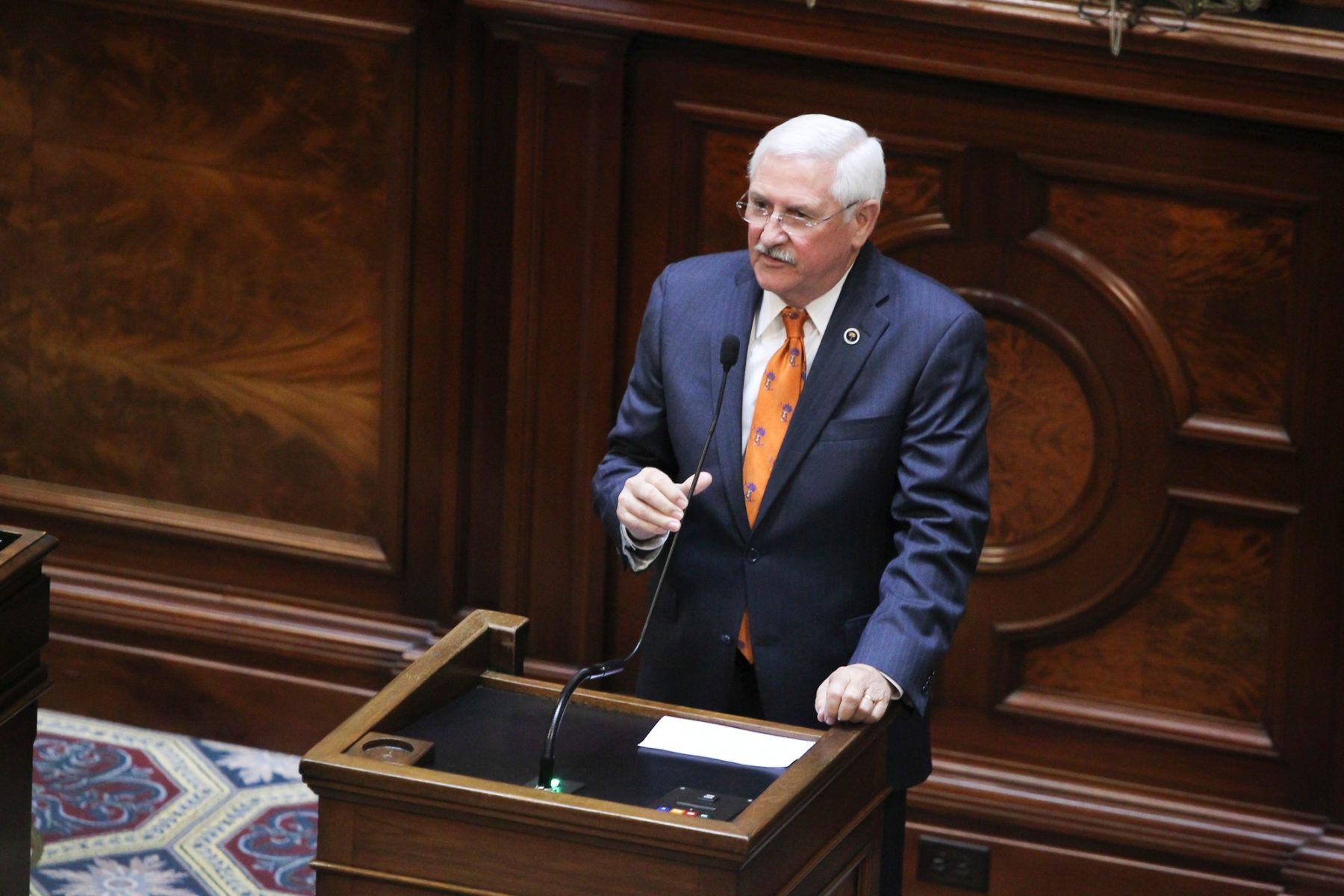 South Carolina state representative Mike Forrester announced over the weekend that he would not seek another term in the S.C. General Assembly in 2020 – the latest in a string of similar announcements made by veteran state lawmakers.

And a few non-veteran lawmakers …

He will apparently be missed … and if you don’t believe that, just ask him.

“I took a leadership role in helping to form pro-business legislation and reducing the amount of regulations to keep our state competitive and our businesses growing,” Forrester wrote in a horn-tooting column touting his tenure published by The Spartanburg Herald-Journal. “I have done my best to produce the best possible outcome for constituents on countless issues.”

“I’m proud of my record of solving problems in our community and our state,” he added. “I have focused on repairing our roads, reforming our state’s outdated ethics laws, and reforming our education system.”

The last time we checked, South Carolina was moving backward on all of those fronts.

Forrester, 69, of Spartanburg, S.C. has represented S.C. House District 34 (.pdf) in Spartanburg county since 2009. He is the first vice chairman of the influential S.C. House labor commerce and industry committee, and was in line to become its chairman had the current occupant of that position – Bill Sandifer – ever stepped down.

“He got tired of waiting around for Sandifer to retire,” a source familiar with Forrester’s deliberations told us.

Frankly, we are amazed Sandifer has been able to keep his post given the starring role he played in the ongoing NukeGate disaster – a spectacularly failed government intervention in the nuclear power industry that has cost Palmetto State ratepayers (and taxpayers) more than $10 billion and counting.

He is one of the state lawmakers who bears responsibility for this debacle – yet he continues to find himself in a position of authority over industry policy (not to mention the ongoing debate over what to do with the Palmetto State’s abysmally managed government-run utility Santee Cooper).

As for Forrester, he also bears responsibility for the disaster. Like Sandifer, he was a member of the scandal-scarred S.C. Public Utilities Review Committee (SCPURC) – a legislative panel that ostensibly provided “oversight” of the energy industry.

How did that oversight work out for ratepayers and taxpayers?

Again, we are doing our best not to take gratuitous swipes at lawmakers as they announce their decisions to step down at the end of their current terms. However, we also have an obligation to level with our readers as to the current conditions in the Palmetto State – and those elected officials whose “leadership” produced these conditions.

Having said all of that, we have no doubt Forrester is a nice guy … and we wish him nothing but the best as he embarks on the next chapter of his life.

All 170 seats in the S.C. General Assembly (124 House seats and 46 Senate seats) are up for election this year – although as we often note very few of these races wind up being competitive.

Will this race? According to our sources, Spartanburg county councilman is Roger Nutt is likely to file for this seat – and is putting $20,000 into the race in the form of a loan.

Other prospective candidates may follow … and this news outlet looks forward to extending our open microphone to all of them.

Candidate filing for legislative seats opens at 12:00 p.m. EDT on March 16, 2020 and closes at the same time on March 30 (amazingly, these deadlines were not postponed due to concerns related to the 2019-2020 coronavirus pandemic).