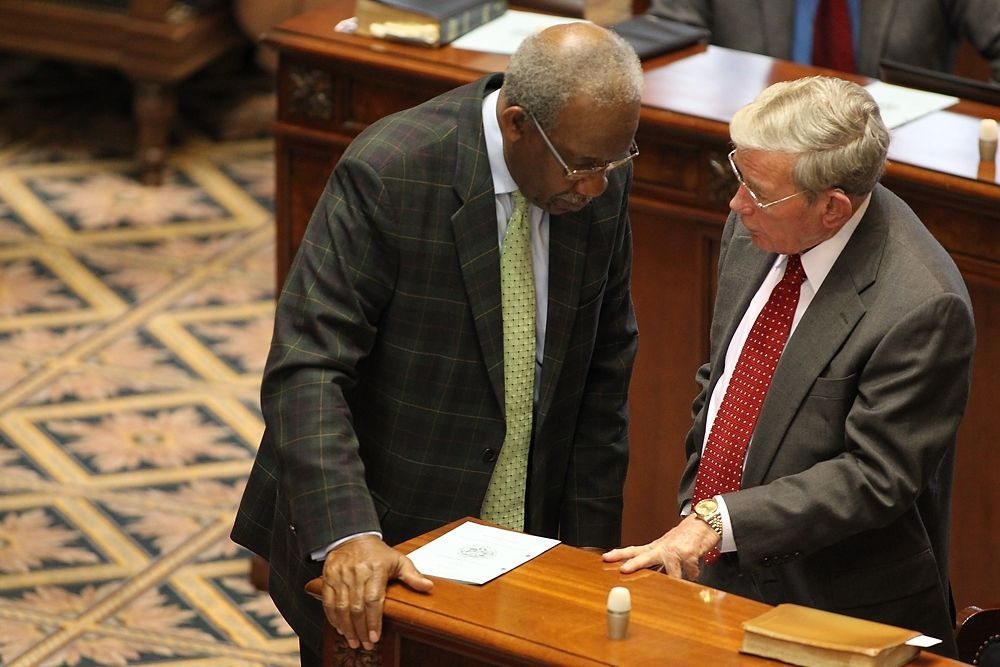 Veteran South Carolina state senator John Matthews of Bowman, S.C. will not run for reelection in 2020, per a report from The Orangeburg Times and Democrat. The 79-year-old lawmaker spent nine years in the S.C. House of Representatives from 1975-1984 before being elected to the State Senate – where he has served continuously since 1985.

“I have been incredibly blessed to serve the people of South Carolina for as long as I have,” Matthews said in a statement. “I am very fortunate to have served in the General Assembly for forty-six years at the end of this session, and after much deliberation, have decided that the best way to continue the momentum my colleagues and I have worked so hard to build over these many years is to open my seat in the South Carolina Senate to a new generation of leadership.”

Matthews went on to say that he will “continue to be a supporting resource for anyone who wishes to make meaningful change in South Carolina, and I am excited for what the future holds.”

“Senator Matthews has spent his years at the State House tirelessly advocating for the people he represents,” Setzler said in a statement. “As our assistant minority leader, he has shown tremendous guidance and wisdom in each challenge we face, and continues to be an invaluable resource to myself and other members of the Senate. His kindness and determination have made him one of the greatest legislators the State of South Carolina has ever seen. It has been a true pleasure to work alongside my wonderful friend and colleague.”

This news outlet has been doing its level best not to slam retiring political leaders on their way out of office, but we do take issue with the obsequious praise for Matthews’ “leadership.”

Frankly, the citizens he represents are every bit as bad off today as they were when he began his “service.”

One reason for their ongoing plight? Matthews’ unswerving allegiance to the Palmetto State’s failed status quo – which marches on under the “leadership” (there’s that word again) of one of his former Democratic allies in the Senate, party-switching “Republican” leader Hugh Leatherman.

In fact two of the three most powerful GOP state senators – Leatherman and Senate judiciary chairman Luke Rankin – are both “former” Democrats.

With the help of Matthews and Setzler, they are running the state into the ground.

To be clear: We have no doubt Matthews is a nice guy. In fact, our founding editor Will Folks debated him on the issue of education policy way back in 2004 and found him to be quite affable. Still, we cannot in good conscience praise the legacy of anti-reform, pro-establishment politician whose votes over the past five decades have contributed to the abysmal outcomes South Carolina is currently experiencing – no matter how nice he is.

Anyway, Matthews’ decision not to seek another term means there will be an open election for his seat in 2020. All 170 seats in the S.C. General Assembly (124 House seats and 46 Senate seats) are up for election this year – although as we have often noted very few of these races wind up being competitive.