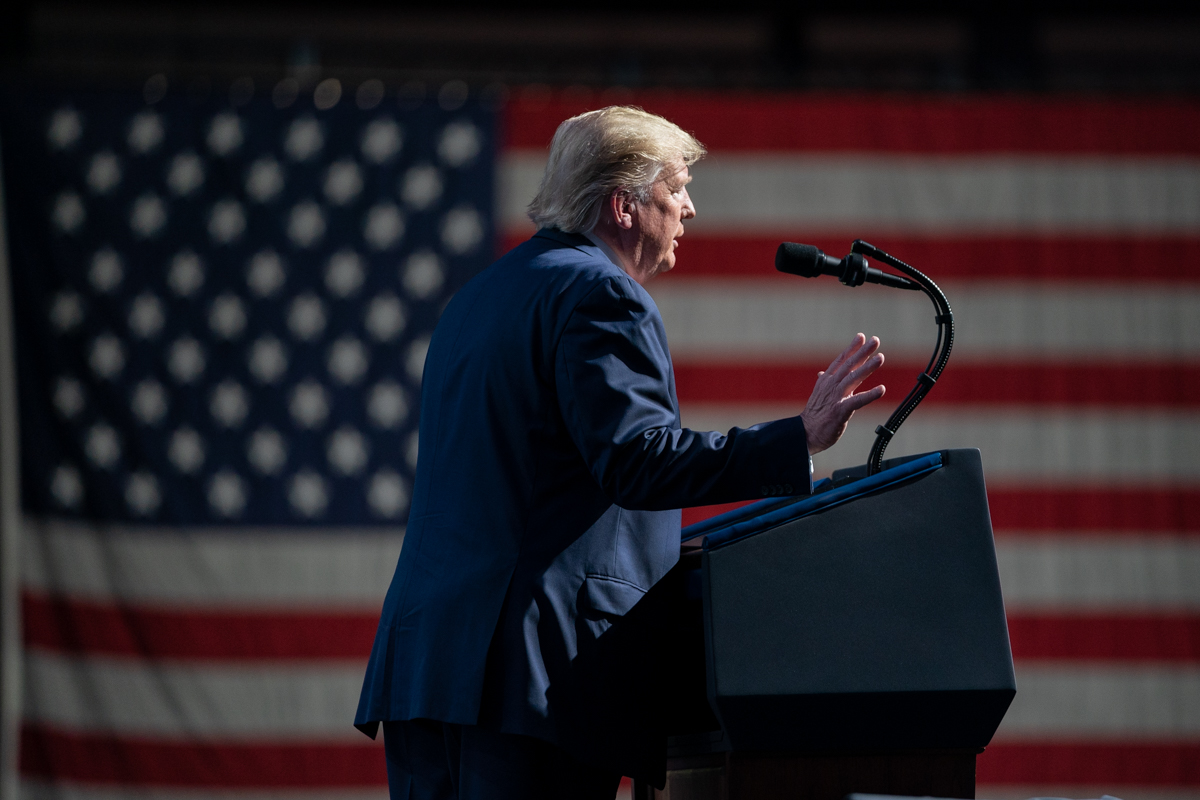 by ROBERT ROMANO || A little more than a year after President Donald Trump promised to withdraw from the North American Free Trade Agreement (NAFTA) if Congress did not adopt the USMCA — on Dec. 1, 2018, he said, “I’ll be terminating it within a relatively short period of time.  We get rid of NAFTA.  It’s been a disaster for the United States… And so Congress will have a choice of the USMCA or pre-NAFTA, which worked very well…” — on Jan. 16, the Senate has overwhelmingly adopted the USMCA 89 to 10.

Senate passage came after House Speaker Nancy Pelosi (D-Calif.) finally relented and allowed the trade deal to come up on the House floor, followed shortly thereafter by easy House passage 385 to 41 on Dec. 19, 2019.

Pending Canadian ratification of the U.S.-Mexico-Canada Agreement (USMCA) trade deal, NAFTA is all but a memory.

None of this is surprising. President Trump won the Republican nomination and then ultimately the election in 2016 in the Rust Belt particularly on the political strength of his trade agenda, uniting conservative and union households and savaging Hillary Clinton as pro-NAFTA.

Now, Trump’s success in reshaping American politics around trade has now been confirmed by the massive bipartisan support for the USMCA.

Key bellwethers on the Democratic side came with pro-union Democrats including U.S. Rep. Rosa DeLauro (D-Conn.), Sen. Sherrod Brown (D-Ohio) and Sen. Bob Casey (D-Pa.) all supporting passage. Both Democratic Michigan Senators Debbie Stabenow and Gary Peters voted for it. Sen. Bernie Sanders (D-Vt.) stands out as an exception as voting no, but then again, he’s running for President. But so is Sen. Elizabeth Warren (D-Mass.), and she supported it.

That tells you everything you need to know right there.

The blue-collar Democrat voters who supported President Donald Trump in 2016 and put him over the top ended up supporting the Trump trade agenda, making passage of the USMCA a political certainty even as Democrats in Congress were itching to impeach Trump and get the Senate trial underway. For those Democrats, there was greater political risk in going against Trump on trade than anything else.

To get the trade agreement done, Trump effectively threatened tariffs on Mexico plus withdrawal from NAFTA to bring all parties to the table, hammered out a deal and got it safely across the finish line — all in time for 2020.

And, as President Trump promised, the deal moves the ball in the America first direction.

Country of origin requirements are being increased to 75 percent, up from 62.5 percent, requiring automobiles will have at least three-quarters of their parts made in North America.

Mexico will recognize the right of collective bargaining and all parties agreed that “40-45 percent of auto content be made by workers earning at least $16 per hour,” according to the U.S. Trade Representative. In 2016, average pay in Mexico for manufacturing was $3.91 an hour. In 2017, the Associated Press ran a report entitled “In Mexico, $2 per hour workers make $40,000 SUVs.” This is a tremendous concession, and most certainly an improvement on NAFTA from a U.S. producer perspective.

On agriculture, Canada is allowing in greater access for U.S. dairy products.

On currency, the USMCA “address[es] unfair currency practices by requiring high-standard commitments to refrain from competitive devaluations and targeting exchange rates, while significantly increasing transparency and providing mechanisms for accountability,” according to the U.S. Trade Representative.

Since 2008, the Mexican peso has depreciated against the U.S. dollar by 50 percent, from $0.10 per $1 USD to $0.05 per $1 USD. The new provision will give aggrieved parties an opportunity to target currency devaluation as an unfair trade practices, something that could set a new gold standard for trade agreements. This mirrors provisions in the newly signed executive, phase one trade deal with China, as gaining these provisions in USMCA is what enabled U.S. Trade Representative Robert Lighthizer to extract them from Beijing as well.

On intellectual property, cross-border copyrights, trademarks and patents will be enforceable to cut back on knock-offs, plus additional protections for pharmaceutical and agricultural producers.

On textiles, the agreement will “[p]romote greater use of Made-in-the-USA fibers, yarns, and fabrics by: [l]imiting rules that allow for some use of non-NAFTA inputs in textile and apparel trade… [and by] [r]equiring that sewing thread, pocketing fabric, narrow elastic bands, and coated fabric, when incorporated in most apparel and other finished products, be made in the region for those finished products to qualify for trade benefits,” according to the U.S. Trade Representative.

Americans for Limited Government President Rick Manning welcomed news of USMCA’s passage, declaring, “President Donald Trump kept his promise and ended the giant sucking sound that was NAFTA. The overwhelming Senate passage of Trump’s signature trade deal is an affirmation that a President who is determined to put America’s interests first can rewrite the rules for international trade.”

And all the so-called experts, the same ones who predicted Trump couldn’t win in 2016, said that such agreements with Mexico, Canada, China, Japan and South Korea were impossible to negotiate because Trump was threatening to use tariffs, that instead we’d have trade wars and recessions or depressions.

Boy, was that wrong. Instead, Trump levied the tariffs, the trade in goods deficit with China was cut by 13 percent in 2019 and everyone came to the table. It’s the year of the trade deal.

Now all the agreements are in the bag, unemployment is at a 50-year low and U.S. labor participation among working age adults is on the rise. The economy is humming, and USMCA will only help it grow even more as it boosts U.S. exports.

Meaning, President Trump was right all along on trade. His art of the deal to use U.S. leverage in the trade negotiations paid off big time and now the victories are mounting with USMCA and the China deal — all in time for 2020. Watch for trade to continue to dominate the landscape this election year as it reshapes American politics yet again and tells us whether 2016 and President Trump was a fluke — or the future.