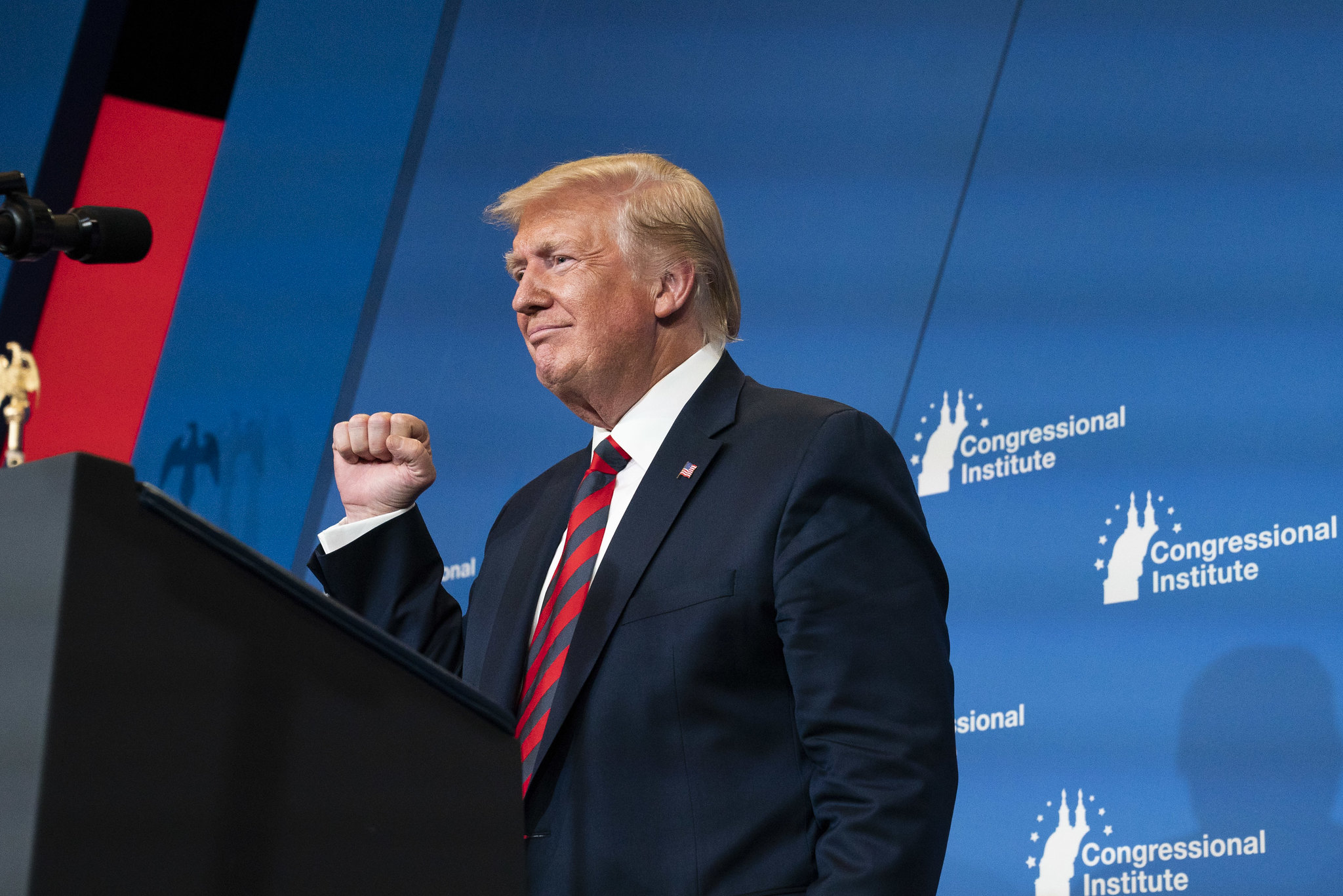 This news outlet is no longer in the business of defending U.S. president Donald Trump. As far as we are concerned, the guy can pound sand.

We endorsed Trump (twice) in 2016 because we believed he would keep his fiscal promises on behalf of middle class taxpayers and stand up to the corruption of both major political parties in Washington, D.C.

Has he done that? Hell no. Trump has been good on certain policy points, but on the bread and butter fiscal issues that matter most to us (and should matter most to you) he has been a total disappointment.

Trump still has his sycophants, though, including the Committee to Defend the President – a group which is beginning to ramp up its activities in early-voting South Carolina (where GOP officials are so slavishly beholden to the president they have cancelled the 2020 Republican primary as a tribute).

According to our sources, the Committee is launching a program intended to put “volunteers on the streets at (Democratic) presidential events” in the Palmetto State.

Ah, Democrats … you know, the party actually holding its “First in the South” primary.

Anyway, the goal of this campaign is to link the policies of 2020 Democratic frontrunners like U.S. senator Bernie Sanders and former vice president Joe Biden with the policies of a radically liberal group of U.S. congresswomen who call themselves “The Squad.” The members of “The Squad?” Alexandria Ocasio-Cortez of New York, Ilhan Omar of Minnesota, Ayanna Pressley of Massachusetts and Rashida Tlaib of Michigan.

(Via: Committee to Defend the President)

No word yet on what the volunteer network will be tasked with doing, but our guess is it will have something do do with driving home the message that Democratic presidential candidates are veering wildly to the left in an effort to appease the party’s radical base – which shouldn’t be even remotely difficult to do.

“As last night’s debate showed, there is no substantial difference between ‘The Squad’ and the Democratic presidential candidates,” said Ted Harvey, chairman of the Committee. “They all embrace radical, socialist policies that are out of step with the overwhelming majority of American voters. From open borders to ridiculous gun buyback proposals, anti-Trump Democrats like Bernie Sanders and Joe Biden are simply old news – in more ways than one.”

Is that true? Yes … in fact the fundamental point being raised by this group highlights what could be Trump’s only real saving grace in 2020: The pure, unhinged insanity of his opposition.

“Give me one good reason why I should support Trump,” our founding editor Will Folks said recently to a national GOP operative.

“I’ll give you twenty-four,” she replied, referring to the 2020 Democratic clown car.

Of course, that point will only hold water so long as the Trump economy keeps its head above water … which at this point is probably an even money bet.