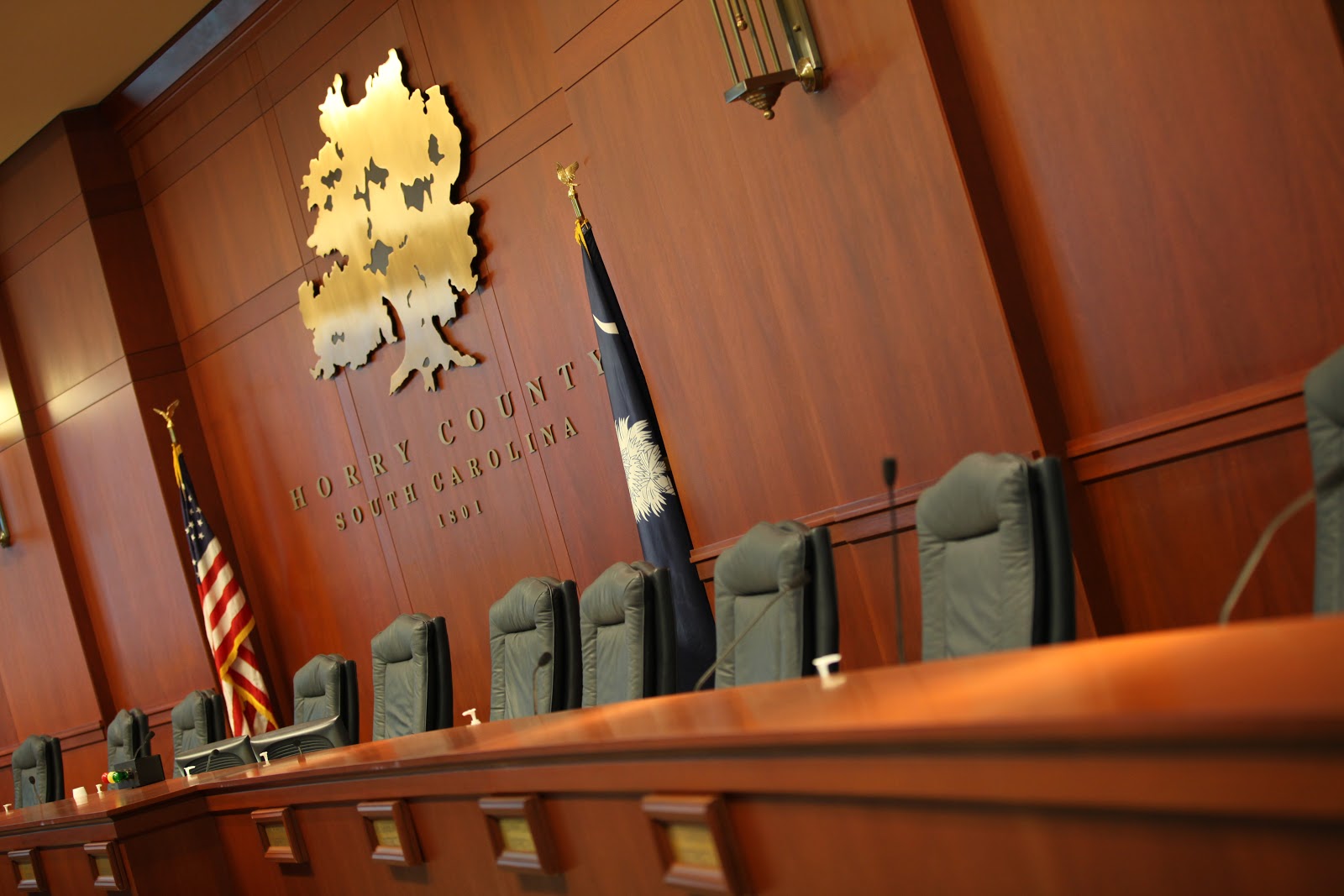 Kim Hardee, the estranged wife of a sitting South Carolina state lawmaker, has been removed from her post as a member of the Horry County, S.C. planning commission.

And yes, the removal – which Hardee is protesting – is being tied back to an ongoing domestic drama that has raised all sorts of issues at the State House in Columbia, S.C.

According to a letter obtained by our sister site, Palmetto Wire, Hardee was removed from the county commission for allegedly missing “five consecutive, scheduled board meetings.”

The letter – sent on July 3, 2019 by commission chairman Steven Neeves – informed Hardee that absence from three consecutive meetings “without a valid reason, such as illness or pressing personal commitments” constituted her “voluntary resignation.”

“Your voluntary resignation has been acknowledged,” the letter noted.

The problem? Hardee is not resigning voluntarily … setting up another potentially explosive battle in her ongoing war with her estranged husband, fourth-term Republican state representative Kevin Hardee.

Kevin Hardee, who was an Horry County councilman from 2001 to 2008, remains intimately connected to local government on the Grand Strand. Many suspect he may have had a hand in forcing his estranged wife off of the panel.

Hardee told us he had not seen the letter removing his wife from the planning commission.

“I haven’t heard anything,” he said.

Kim Hardee has confirmed some of the absences, but provided documentation of her correspondence with county officials attesting to several of the family issues she was dealing with at the time they occurred.

To recap: Kim Hardee and Kevin Hardee are in the midst of a caustic and contentious divorce drama – one that has produced all manner of personal and professional allegations. Complicating matters further? Kim Hardee is now engaged to an ex-colleague of her estranged husband’s, former state representative Eric Bedingfield.

Bedingfield is currently a lobbyist with business before the S.C. General Assembly, adding yet another wrinkle to the soap opera narrative.

By far the most significant development related to this drama is the allegation that Kim Hardee cast potentially “hundreds” of votes on her husband’s behalf in the S.C. House of Representatives when he was not on the floor of the chamber.

Kim Hardee (above, left) further alleged that two of her husband’s colleagues – Mike Ryhal of Myrtle Beach, S.C. and Will Wheeler of Bishopville, S.C. – cast votes for him as well and that Ryhal also “used to mark him present when he wasn’t even there.”

Kevin Hardee has denied these allegations.

“She has never been on the House floor without me,” he told us last month. “She’s just trying to discredit me. It’s unbelievable to me that she would even say that. It’s just not true. She is using you to discredit me.”

Nonetheless, these allegations – which several state lawmakers have confidentially confirmed – have sparked scrutiny of the voting habits of S.C. House members. In fact, we are preparing a follow-up report on that facet of the story based on interviews we are conducting with several former lawmakers.

In the meantime, the Hardee saga remains a bubbling cauldron … with numerous unaddressed allegations threatening to spill over into the public view at any moment. In fact, our guess is the removal of Kim Hardee from this commission could lead to fresh escalations.