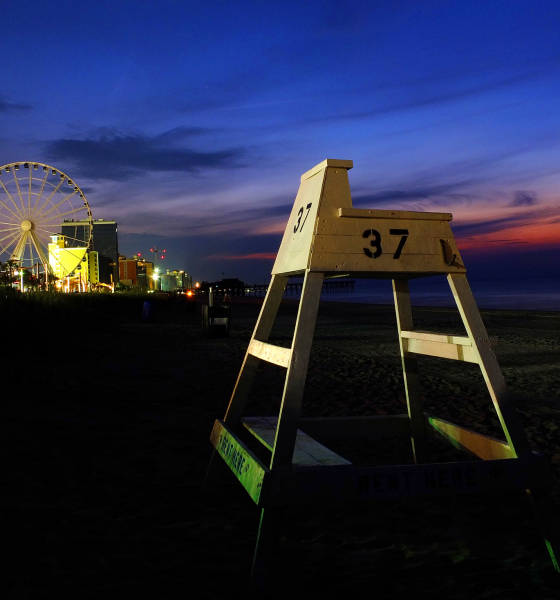 The so-called “people’s candidate” will continue leading the people of Horry County, South Carolina after an investigation failed to prove the involvement of this politician – county council chairman Johnny Gardner – in an alleged extortion plot targeting local economic development officials.

S.C. fifteenth circuit solicitor Jimmy Richardson announced late Thursday that he will not be filing criminal charges in the matter against Gardner – who took office in December.

The news was expected …

Sources close to the investigation told us last week indictments in this case were “unlikely” after the economic development leaders ostensibly targeted by the alleged threats seemed disinclined to assist investigators in establishing a criminal narrative.

Yet while Gardner (above) is escaping criminal consequences associated with this scandal, he is not getting off quite so easily in the court of public opinion.

Richardson’s letter to the S.C. State Law Enforcement Division (SLED) – the agency which conducted the inquiry – made it abundantly clear that the case is not moving forward because “specific eyewitnesses” declined to characterize the alleged extortion plot as a threat.

This organization is a crony capitalist association which receives $1.1 million annually from county taxpayers to promote job growth in the region.

In December, Carotti submitted a five-page memo detailing the alleged scheme – which was said to have involved Gardner and Luke Barefoot, the council chairman’s aide-de-camp.  Carotti’s memo was based in part on a recording of the meeting provided by Sherri Steele, MBREDC’s director of investor relations.

During the meeting, Barefoot allegedly told Davis (in Gardner’s presence) that she could “head off” negative media coverage about herself and her organization by paying $40,000 to the incoming chairman’s political consultant, Conway, S.C.-based advisor Donald Smith.  It was further suggested, according to the memo, that the payment could be disguised in such a way as to give her “political cover.”

Davis (above) and Steele steadfastly refused to characterize this interaction as a threat, leaving Richardson with little choice but to decline to prosecute.

“A prosecutor must rely on the testimony of specific eyewitnesses to the event and their direct impressions from it, both spoken and unspoken, to come to a decision on the case that speaks to the truth,” Richardson wrote in a letter to SLED. “Davis and Steele repeatedly state they were not threatened or extorted and they are the sole eyewitnesses to the event, or non-event as the case may be.”

Also, Gardner himself was never accused of conveying the alleged threat – although he was present at the meeting where it was said to have been made.

Our view? Based on everything we have seen, we are in agreement with Richardson’s decision not to prosecute – although that does not mean we believe Gardner and his allies are innocent in this matter. Far from it, in fact.

Again, though, it is all about what can be proven …

Some have suggested Richardson should have opened a grand jury probe to get more information on the allegations.

“I’m not faulting the SLED investigation as such,” one coastal political operative told us. “They conducted what is called in the federal system a ‘preliminary inquiry.’ But the solicitor didn’t take the required investigative step, in light of the clear contradiction in the witness statements, of opening a grand jury probe. (SLED) and the solicitor also failed to address whether the admitted fact pattern violated other criminal statutes.”

In breaking the news of the Carotti memo two months ago, this news outlet made no value judgment as to the substance of its claims – we merely reported on them based on the documentation we were provided.

Nonetheless, shortly after our story ran we were assailed by Gable and other coastal media outlets as being part of some nefarious conspiracy to undermine Gardner.  Specifically, one Myrtle Beach media outlet alleged that a prominent coastal businessman was planning to drop his recently filed lawsuit against this news outlet in exchange for our publication of the story about the alleged shakedown.

A quid pro quo, as it were.

Interestingly, this businessman’s lawsuit – which we maintain is totally without merit – will be the subject of a preliminary hearing next week in Georgetown, S.C.  Not only that, our founding editor Will Folks was served with an expansive discovery request earlier this month in connection with the action.

In other words, the lawsuit is very much alive.

This news outlet has nothing against Gardner, but make no mistake: We will be keeping a very close eye on him moving forward. During his early tenure as county council chairman he has shown himself to be a very opaque and vindictive individual, and those surrounding him certainly appear to fit the mold of shady, self-serving Horry County officials/ operatives we have grown accustomed to covering over the years.

Nothing is ever clean in the “Dirty Myrtle,” is it?