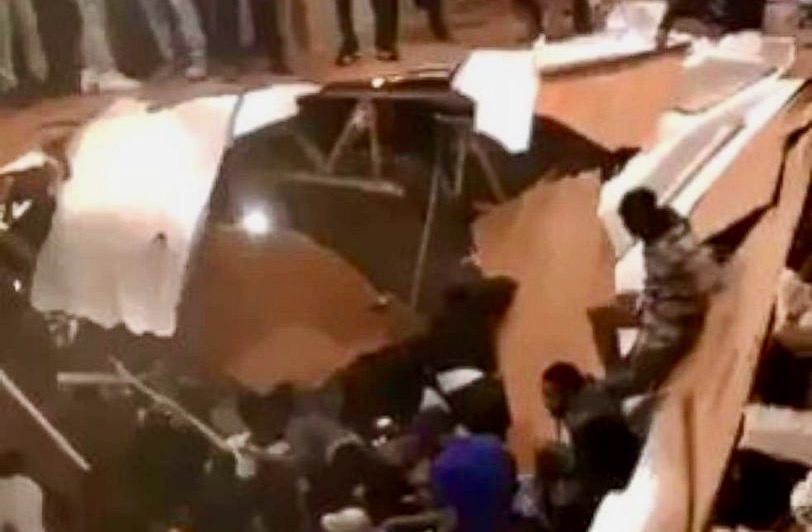 Dozens were injured when a floor collapsed at an apartment complex near Clemson, South Carolina early Sunday morning.

“There is a horrible situation in the Woodlands of Clemson right now,” one of our readers tweeted shortly after the collapse. “A large party in one of the buildings had the floor collapse trapping many people inside. There are a lot of injuries. Some of them very serious.”

“Its bad,” one neighbor tweeted.  “We heard the collapse from inside my home across the street.”

#Clemson . Hope everyone is ok pic.twitter.com/pdswDDcxkG

The floor collapse occurred in a clubhouse unit that had been leased for a private party.  Partygoers tumbled into the basement of the clubhouse after it fell, many of them breaking bones as they landed.

Thankfully, none of the injuries were life-threatening and all of the individuals initially trapped by the floor collapse were able to be quickly rescued, according to officers from the Clemson, S.C. police department.

Three were hospitalized with unspecified injuries.

Clemson police are conducting an investigation into the collapse.

Got something you’d like to say in response to one of our stories? Please feel free to submit your own guest column or letter to the editor via-email HERE. Got a tip for us? CLICK HERE. Got a technical question or a glitch to report? CLICK HERE. Want to support what we’re doing? SUBSCRIBE HERE.
Banner: @StevieW21