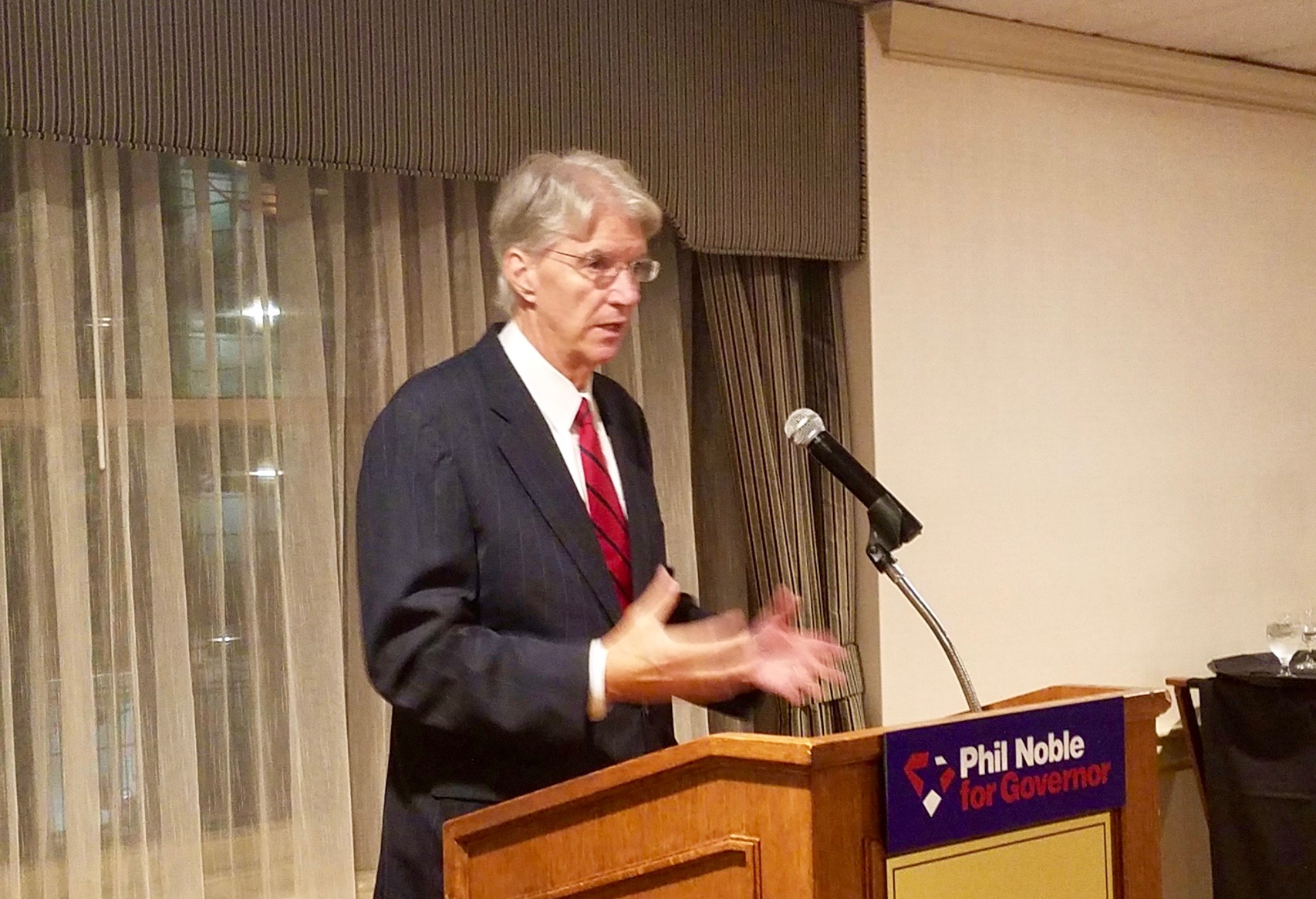 South Carolina’s Democratic party is engaged in major infighting over which politician should be allowed to respond to “Republican” governor Henry McMaster’s first “State of the State” speech.

Does it matter?  No.  Few South Carolinians watch this speech, and even fewer bother to wait around for the Democratic response.

Also, it’s not really a “response” as the Democratic speech is written before the governor even addresses a joint session of the S.C. General Assembly.

Nonetheless, the selection of gubernatorial candidate James Smith as the designated Democratic “first responder” has created some serious tension within the Palmetto State’s perpetual minority party.

Smith’s selection – which we’re told was presented to state party leaders as a fait accompli – has rubbed his primary challenger Phil Noble the wrong way.

In a letter (.pdf) sent to S.C. Educational Television (SCETV), the entity which is scheduled to broadcast both speeches, an attorney for Noble writes that Smith’s selection was “inappropriate and breaks with sound policy and established precedent against giving this kind of platform to a candidate in a gubernatorial party primary.”

“Allowing one of two candidates for the Democratic nomination for Governor of South Carolina to have the platform of the Democratic response to the State of the State address, broadcast statewide and beyond, gives that candidate an unfair and improper advantage in that race, and breaks with the sound practice over recent years to have another party legislator give that address,” Noble’s attorney Andrew Gowder wrote.

“Further, since Rep. Smith is an announced candidate for governor, if ETV is providing him a forum that is not being provided to other candidates, this would seem to be an in-kind donation to a political candidate by a state agency, which of course is not allowed by law,” Gowder added in his letter.

Noble led Smith in a credible poll released earlier this month by the Atlanta, Georgia-based Trafalgar Group – results that surprised many in the state’s political echo chamber (us included).

That survey found him receiving the support of 25.47 percent of South Carolina Democrats compared to Smith – who was backed by 20.38 percent of respondents.  Another 20.61 percent of Democratic voters said they were backing “someone else” while 33.54 percent said they were undecided.

Sources close to Noble tell us Smith is panicking in the aftermath of the Trafalgar poll … and using his supporters in the S.C. General Assembly (including House minority leader Todd Rutherford) to give his candidacy a boost.

Our view?  Noble has a point …

In each of the past two statewide election cycles, Democrats have kept gubernatorial candidates away from this address so as to avoid the appearance of favoritism.  Also, we’re told the process by which Smith was chosen to deliver this year’s address was “unorthodox” – which could lend credence to Noble’s claims of election-related meddling.

“They basically neutered the chairman of the party,” one Democratic source told us, claiming Rutherford and Smith presented SCDP chairman Trav Robertson with an ultimatum.

Will the drama result in any more eyeballs being drawn to these speeches?  We doubt it … but it’s certainly got Palmetto politicos chattering.

Smith and Noble are the only announced candidates for the Democratic nomination for governor, which is essentially a sacrificial role in the Palmetto State.  Democrats haven’t won the governor’s office in nearly two decades, and they haven’t won a statewide race since 2006.   Meanwhile on the “Republican” side – where this election is likely to be decided – McMaster is facing a tougher than expected challenge from Lowcountry labor attorney Catherine Templeton and current lieutenant governor Kevin Bryant.

Filing for both primaries officially opens in March, with voters going to the polls on June 12.

To keep tabs on the governor’s races and other statewide contests, be sure to click on our #SC2018 tag.

Todd Atwater Is Not Being Honest About His Conflicted Votes