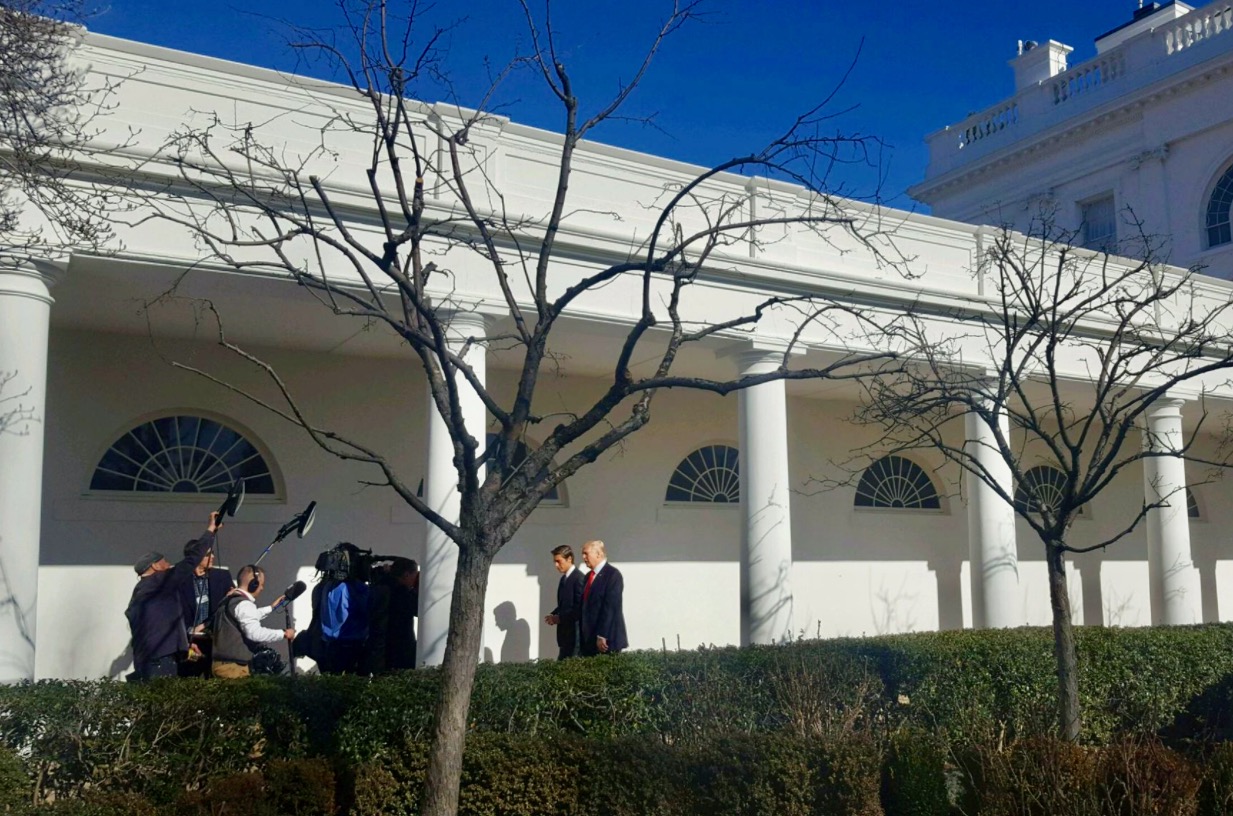 THIS IS SCARY STUFF …

Say what you will about Donald Trump, but there’s very little indifference when it comes to the man.  People either love him or they hate him.

Our view?  Well, we endorsed Trump (twice) for president and we support pretty much everything he’s been doing since he got elected.  Also, as our founding editor Will Folks noted in a recent speech, Trump is the first politician in ages who has actually “done what he said he was going to do after getting elected.”

That strikes us as refreshing …

According to former National Security Agency (NSA) employee William Binney – who like Edward Snowden became a whistleblower against the agency – the Dark State is “absolutely” spying on Trump.

“How did they get the phone call between the president and the president of Australia?” Binney mused in an interview with Breitbart.  “Or the one that he made with Mexico? Those are not targeted foreigners.”

“If they weren’t behind it, they certainly had the data,” he said.  “Now the difference here is that FBI and CIA have direct access inside the NSA databases.  So, they may be able to go directly in there and see that material there.  And NSA doesn’t monitor that. They don’t even monitor their own people going into databases.”

“There’s no oversight or attempted oversight by any of the committees or even the FISA court,” Binney continued.  “So, any way you look at it, ultimately the NSA is responsible because they are doing the collection on everybody inside the United States. Phone calls. Emails. All of that stuff.”

Adding fuel to the fire?  Earlier this week, former NSA official John Schindler tweeted that he had received an email from a “senior (intelligence community) friend” saying that Trump will “die in jail” as a result of the Dark State’s machinations. 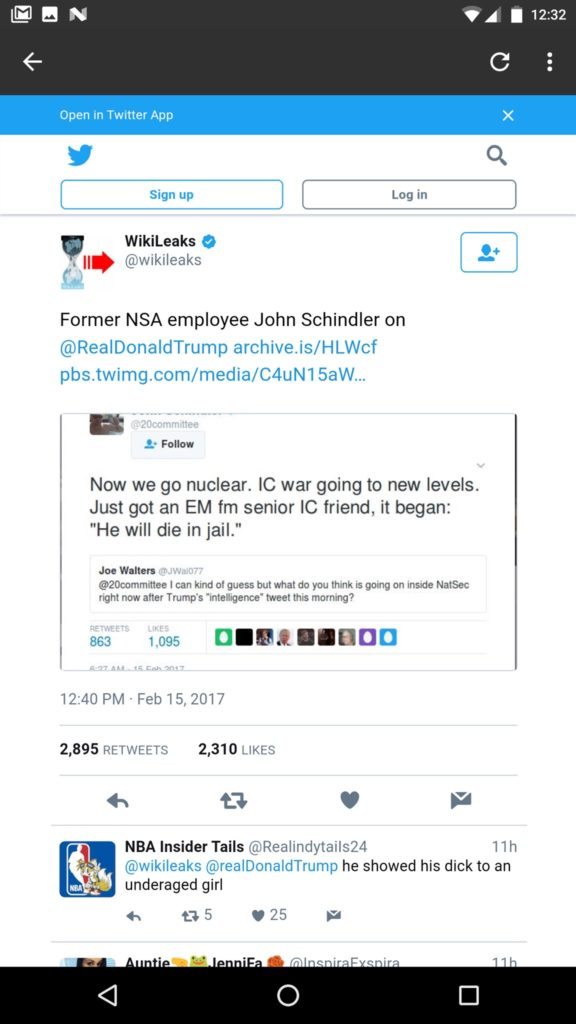 Not to get too tin foily here, but it’s abundantly clear Trump’s ascendancy to the White House is something the Dark Staters never thought would actually happen.  Demonized by Democrats and the media – and repeatedly stabbed in the back by his own party – there’s no way in hell Trump should still be standing where he is right now.

The fact that he is – and not only that, the fact he has doubled down on his promised populist revolt – has to be deeply disturbing to the Dark Staters.

Trump is a clear and present threat to their New World Order … or rather their Old World Order, which relies on perpetual conflict between America and another superpower (or against amorphous “terror” threats) to justify the hundreds of billions of dollars appropriated annually to the Dark State’s existence.

Forget the press, or the politicians or the whiny progressive snowflakes … THAT is a serious enemy.

And make no mistake, as we’ve previously pointed out they are not above taking out a president who goes against their wishes.