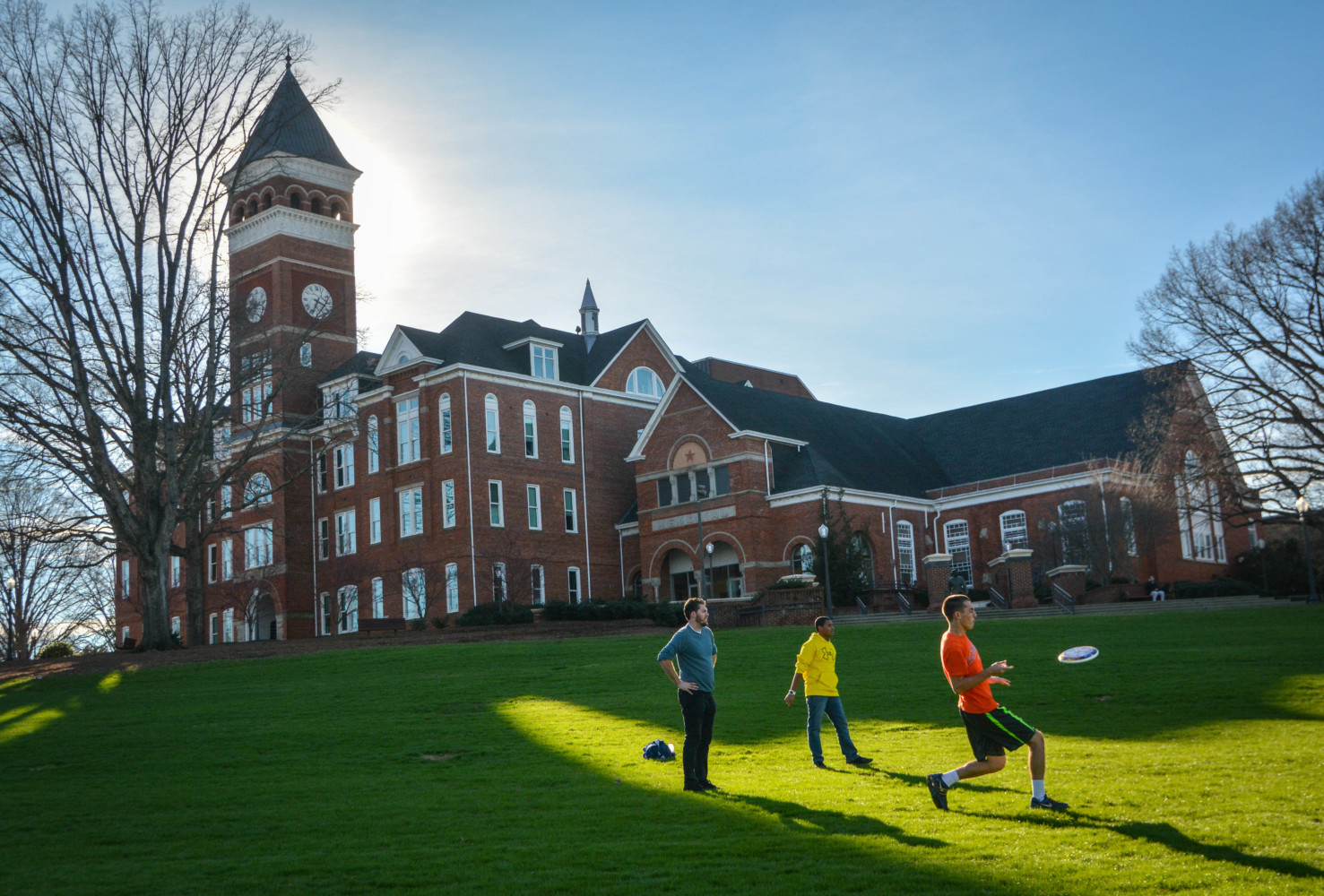 A lawsuit filed in Horry County, S.C. names the former president of Clemson University as a co-defendant.

James Barker – currently a highly-paid professor at the school – is named in the lawsuit along with his wife, Marcia Barker, and his son, Britt Barker.

The action – filed last spring – stems from an April 24, 2015 car crash that allegedly occurred on U.S. Highway 50 in the city of Conway, S.C.  According to the plaintiff, Jordan Miller of Lexington, S.C., Britt Barker “suddenly and without warning” ran a 2004 Toyota truck he was driving “off the roadway … and struck a ditch, causing the vehicle to flip multiple times.”

Miller was a passenger in the vehicle at the time and sustained “significant physical injuries” as a result of the crash.

“Upon information and belief, and unbeknownst to (Miller) at the time, Barker had resumed using illegal drugs just prior to the accident,” the complaint stated.

According to the complaint, James and Marcia Barker provided their son with the truck involved in the alleged accident and “effectively controlled access to the vehicle at all relevant times.”

Not only that, the complaint alleges that the Barkers knew their son “was addicted to intoxicants or had the habit of drinking alcoholic beverages” and also possessed “imputable knowledge that (he) was likely to drive while intoxicated.”

“(Barker) is a long-time drug addict,” the complaint noted. “(He) has demonstrated years-long addiction history with heroin, methamphetamine, and Oxycontin.”

Here’s a look at the pleading …

This website was a notable critic of Barker’s during his tenure as president of Clemson.  In fact we exposed his administration’s shameless efforts to artificially inflate Clemson’s position on the U.S. News & World Report college rankings.

After this website exposed the extent of Barker’s manipulation, the school’s upward trajectory on those rankings stopped.

We also criticized Barker for pushing Clemson’s totally pointless architecture school in Charleston, S.C. – which is the entity that currently pays him an annual taxpayer-funded salary of $258,937.  And of course we ripped him for his starring role in the H.L. Hunley boondoggle, a so-called university “restoration project” that siphoned tens of millions of tax dollars into some exceedingly questionable accounts.

Having said that, we don’t wish this sort of situation on anyone – and honestly hope for the best for everyone involved.

We will continue to follow this case as it moves into the deposition and discovery case (which we’re told is happening now), hoping that justice is done and that all concerned receive the best possible outcome under the circumstances.