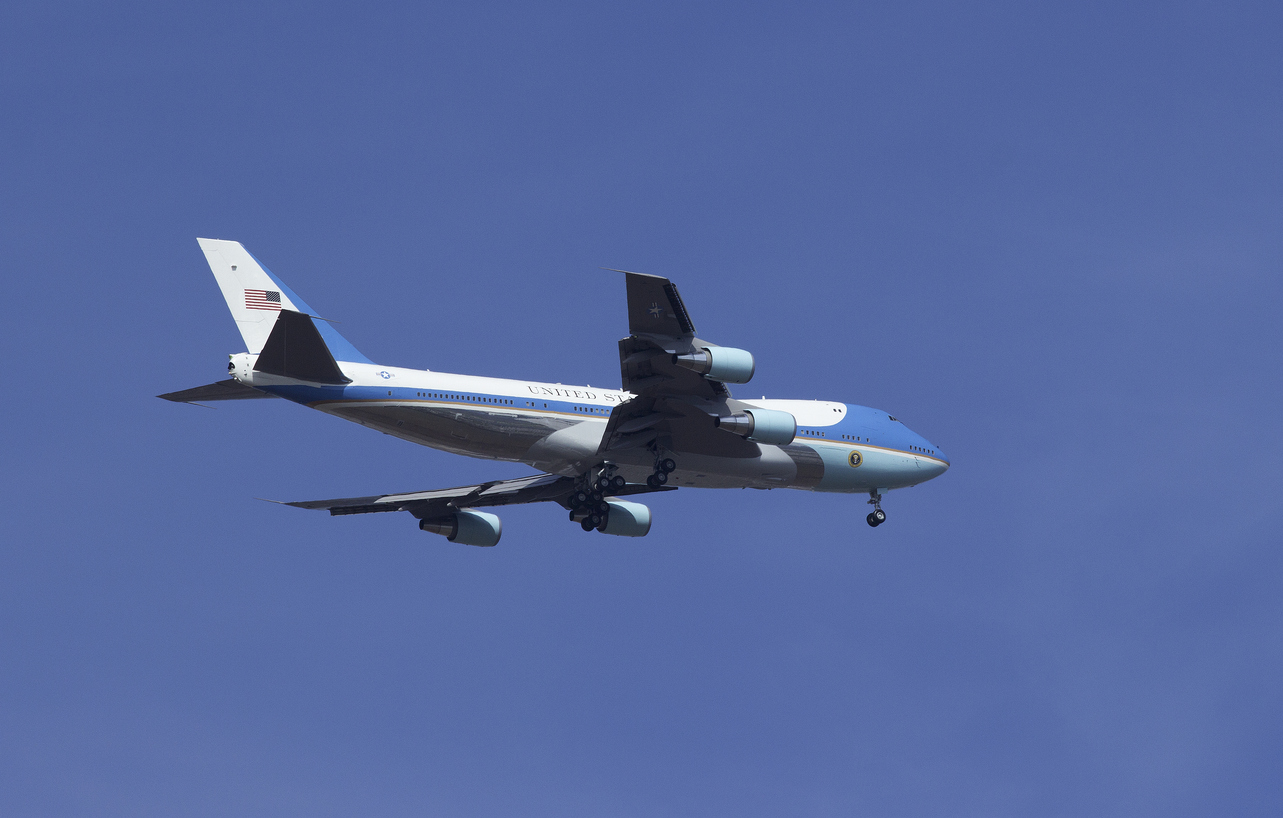 … AND THE “IMPERIAL PRESIDENCY”

U.S. president-elect Donald Trump blasted crony capitalist aircraft manufacturer Boeing for “out of control” costs associated with the next generation of presidential aircraft.

In doing so, he also staked out some solid populist ground – rebuking the perception of the “imperial presidency” cultivated over the last eight years by Barack Obama.

“Boeing is building a brand new 747 Air Force One for future presidents, but costs are out of control, more than $4 billion,” Trump tweeted on Tuesday.  “Cancel order!”

The U.S. Air Force has already earmarked $1.65 billion for the development of two new 747-8 presidential jets – although those expenditures appear to be headed for “executive review.”

Trump traveled during the presidential campaign on his own Boeing 757 – a jet we toured back in January of 2015.

Trump spoke to reporters following his tweet, saying Boeing was “doing a bit of a number” regarding the planes.

“We want Boeing to make a lot of money but not that much money,” Trump said.

Trump’s comments came one day after it was revealed that the Pentagon had suppressed an internal report revealing billions of dollars in waste and inefficiency.

That story, broken exclusively by The Washington Post, uncovered a January 2015 report outlining a “clear path” for the U.S. Department of Defense (DOD) to save $125 billion over five years – without civilian layoffs or a reduction in military strength.

“He obviously saw the report about the hundred billion in waste at the Pentagon and decided he could get out in front and own the issue,” one Washington, D.C. operative told us.  “Hence the plane tweet.”

Trump’s move was also praised for its public relations genius.

“The man with his own private 757 and gilded rooms at Trump Tower is actually shrinking the imperial presidency,” the operative added.  “Awesome.”