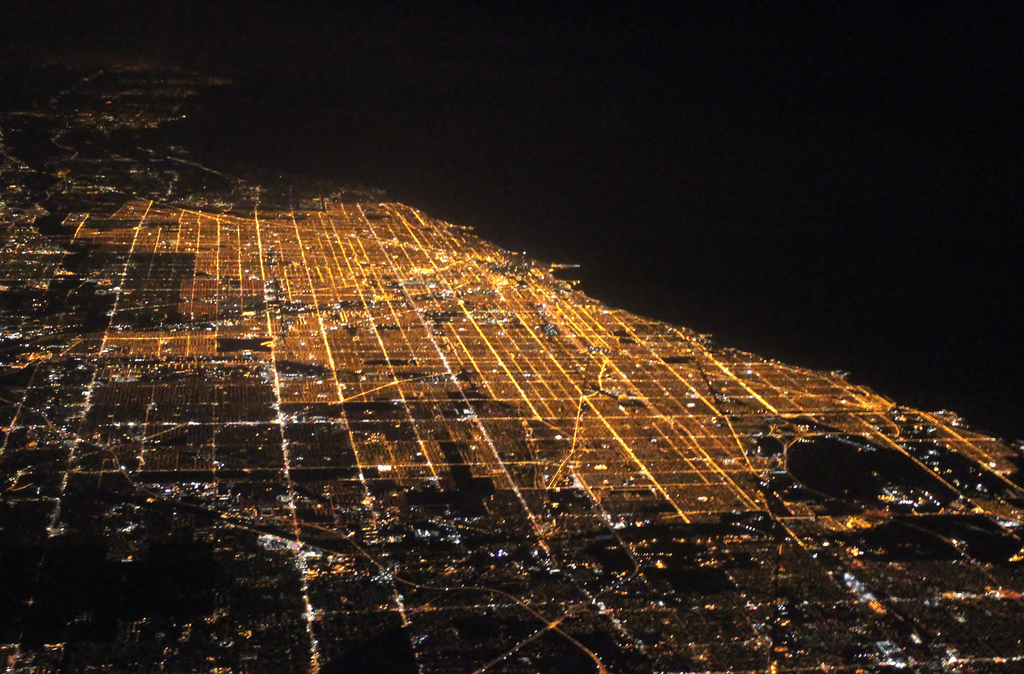 || By RICK MANNING || The headline screams: “Police: 13 dead, 43 wounded in Chicago weekend shootings,” yet no one nationally hears them.

The Chicago media reads like a Walter Cronkite report from Vietnam, laden with body and casualty counts for a war that no one understands.

That is the state of violence in the second city, President Barack Obama’s hometown, run by his former Chief of Staff, Rahm Emanuel.

Quoting from the lead of the Sun-Times Media Wire on the above headlined story, “Thirteen people were killed and at least 43 more were wounded in shootings across the city between Friday evening and early Monday.” The dead included a three-year old boy.

Yet there is a virtual national media blackout as the surging national homicide rate has beendenied by the left and some on the right, as it doesn’t fit neatly into their call for early release of tens of thousands more hardened criminals from federal prison, lax to no border enforcement and a surge of around a million new immigrants from predominantly Muslim countries since Obama took office.

Seeking the truth, American Enterprise Institute (AEI) compiled local law enforcement agency data for 2016 and compared it to 2014 and 2015 data to find out the truth, and it is stark.  Overall violent crime and homicides are up dramatically in most major cities. 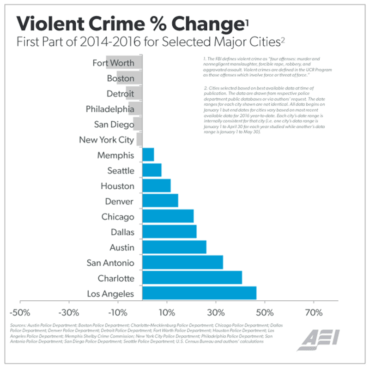 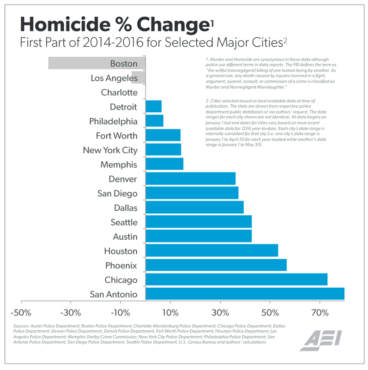 Clearly something has gone very wrong in our cities, and it is fair to ask if the embedding of Mexican drug cartels and El Salvadoran-based MS-13 gang members into our cities is creating a lethal cocktail.

If the latest push of the left was banning handguns, this homicide wave would likely be national news – but with the recent shift toward continuing to empty the prisons along with defending illegal immigration, the staggering increases in murder rates are just another inconvenient truth that peppers local media headlines, without mention nationally.

The attempted Jedi mind-trick by the national media hoping that the public will pay no attention to your local crime problem this election season won’t work as sanctuary cities, the murder of Kate Steinle and drug violence are part of the fabric of local political discussions.  Most Americans don’t want the federal government intimately involved in local crime solving, but they do expect the federal government to do its job of securing the borders and allowing the prosecution of illegal alien criminals.

What they don’t want is the federal government opening the doors to their prison cells, releasing violent drug kingpins back onto the streets to make things even worse.

And that is the reason why all the bi-partisan horses in D.C. should give up on putting the Criminal Justice bill back together.

Rick Manning is president of Americans for Limited Government.  Follow him on Twitter@RManning957.  This piece (reprinted with permission) originally appeared on NetRightDaily.

The “Spending Surge” Is Coming!