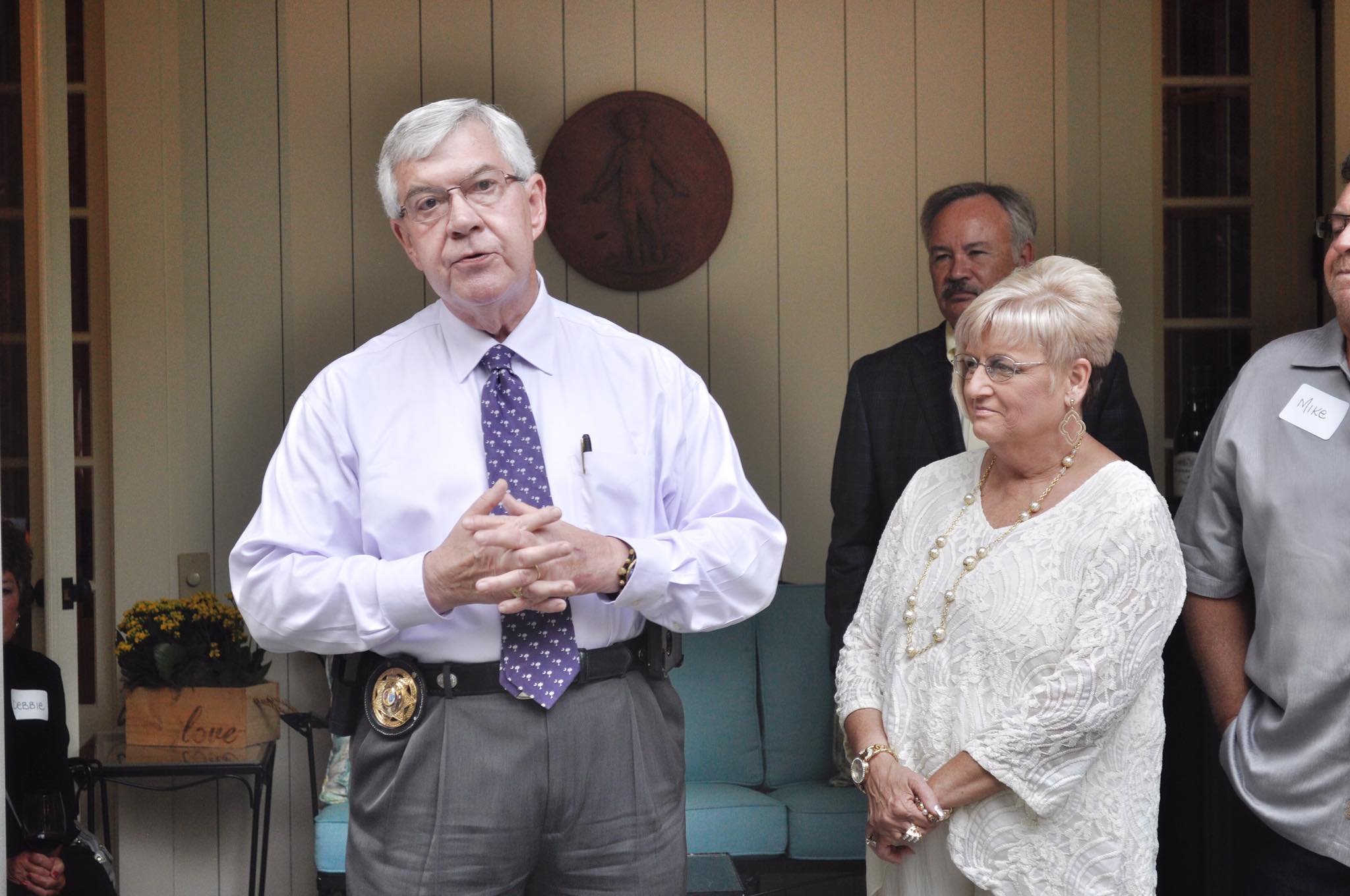 Greenville county, S.C. sheriff Steve Loftis pulled 42 percent of the vote in a five-candidate primary election on June 14.  The veteran lawman – who is seeking his fourth four-year term – is facing off against former deputy Will Lewis in a runoff election on June 28.

Lewis only drew nineteen percent of the vote last week, although his supporters maintain he is in position to upset Loftis.

“Will would have had 58 percent if there weren’t five candidates,” one Lewis supporter told us.

Loftis and Lewis’ runoff has become exceedingly nasty … very quickly.  In fact the incumbent sheriff has refused to debate his challenger – saying Lewis was not a “credible opponent.”

Loftis has also been accused of leaking false information to the media about Lewis’ prior performance as a deputy.

This week, though, the bombs are falling on Loftis’ credibility.

Brandon Brown – the former general manager of Outman Cigars and Martini Bar in Greenville – held a press conference on Tuesday afternoon accusing Loftis of consuming multiple alcoholic beverages at the establishment while he was on duty.

Additionally, Brown claimed Loftis drove his government-issued vehicle after consuming “several of his beverages of choice.”

“We watched him on numerous occasions get into his county-owned vehicle and drive to his residence,”  Brown said.  “Several times I’ve had to follow him home after asking him to … allow us to take him home.”

According to Brown, Loftis never permitted the staff to drive him home.

Brown said Loftis often drank at the bar “with his badge and gun showing” and frequently came into the establishment “during working hours.”

“On multiple occasions I have seen the sheriff clearly intoxicated,” he added.

On a blustery early summer day in the South Carolina Upstate, Brown stood in front of several easels featuring copies of receipts alleged to correspond with Loftis’ visits to the bar. 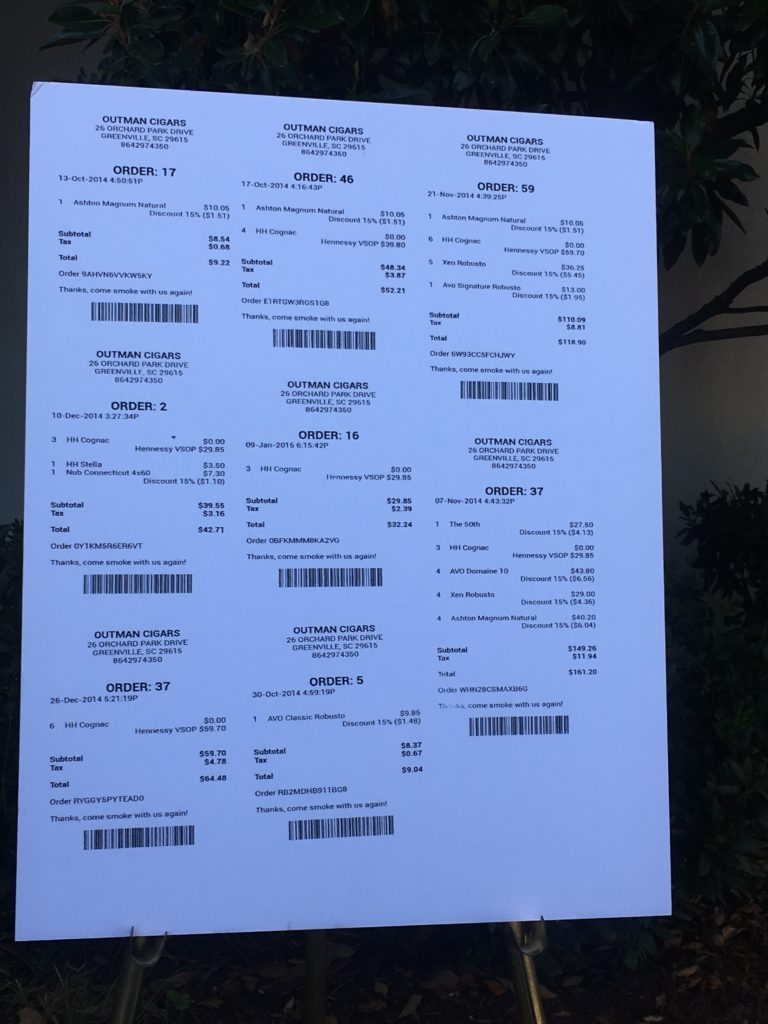 For several months we’ve heard whispers about Loftis’ alleged excessive alcohol use – including reports of him drinking on duty.  However this is the first time someone has gone on record asserting such a claim – and produced documentation that would seem to support their claim.

The sheriff’s campaign referred to the allegations as “nonsense.”

“First of all the guy is a liar,” Loftis spokesman Tim Brett told us. “Second of all he is employed by an individual in Greenville who is funding Will Lewis’ campaign – so he is bought and paid for.  These are out-and-out lies – as is Will Lewis’ attempt to explain his disgraceful performance in office.”

According to Brett, Loftis does visit the bar upon occasion after work but has never consumed alcohol to excess and gotten behind the wheel of his car.

“This is all a ruse,” Brett continued. “They are trying to package Lewis as something he’s not. There is big money behind it.”

According to Brett, Lewis’ backers are desperate and trying to smear Loftis in the final days of the race.

“None of this is true – we will refute all of it.” Brett said. “Sheriff Loftis has been in law enforcement for more than four decades and has earned the trust and respect of the community.”

Brett added that Loftis planned on holding a press conference to respond to the allegations personally.