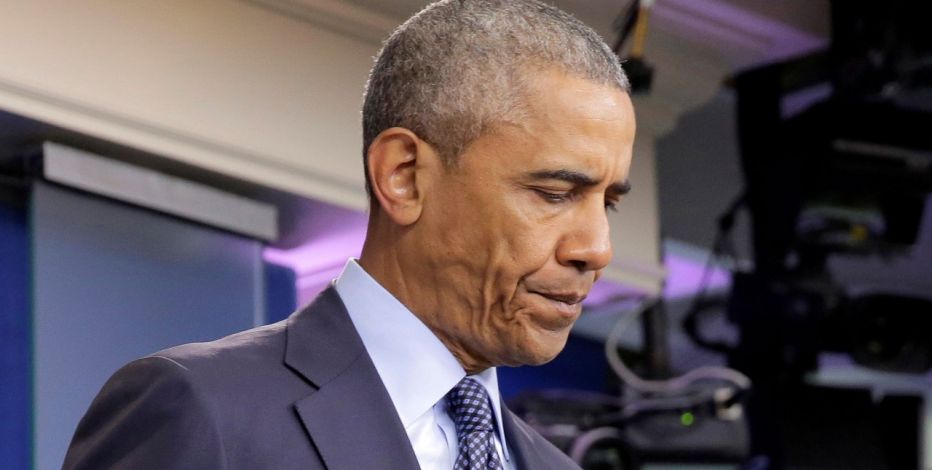 “TAKE BOTH THE BLINDERS AND THE GLOVES OFF”

|| By RICK MANNING || Orlando.  Once a name associated with mouse ears, orange groves and the NBA Magic will forever be known for a terrorist attack that was both breathtakingly predictable and incredibly tragic.

Shamefully, president Barack Obama, Hillary Clinton and yes, even Donald Trump, all went political in the news cycle before the tears of the victims’ families had even stopped falling.  But that is the nature of the 21st century instant media world that we live in, where the first to set the narrative controls the debate, regardless of facts or even a basic sense of decency.

The questions that keeps radiating in my mind is how did someone who was on the FBI watch list keep employed by a federal security contractor?  How did someone whotwo high school classmates allege cheered the attacks on 9/11 ever pass a background check to get a security job in the first place?  And how can the willfully blind political left in the U.S. continue to ignore the evidence set brutally before them about the dangers inherent in radical Islam?

The first two questions will be answered through various inquiries and just as the shoe-bomber has left a legacy of everyone taking off their shoes to go on an airplane, there will undoubtedly be some response that inconveniences everyone but an actual terrorist.

But it is the third question that actually matters moving forward as a nation.

The new ideology of the left is built around a seeming unwritten hierarchy of victimhood built around race, gender and sexual preference.

Since 9/11, however, the left has seemingly raced to embrace followers of Islam as victims too, as the fear that this religious group may face some special persecution runs rampant, accelerating with every terrorist act and perpetuated by the media cautions against jumping to conclusions.

So it was not surprising that when another jihadist chose to enter an Orlando night club with the intent to kill as many gay partiers as possible that the left went blind to what everyone else can clearly see.

Their default, of course, was to caution against blaming all of Islam for the actions of one mad man, and to instead blame all of America’s gun owners for those very same actions.

What is particularly alarming is that this predictable blind spot is being built into the very government agencies that are supposed to protect us according to Department of Homeland Security whistle blower Philip Haney, an agent for DHS since its founding.  In his just released book, “See Something, Say Nothing,” Haney details how references to Islam are being wiped from the investigative records so those seeking to track terrorist networks get dead ended when trying to follow their bread crumbs.

This willful decision to play see no evil, hear no evil, speak no evil with our nation’s internal security is the natural outgrowth of the new left’s increasing unwillingness to deal with unpleasant realities. How did they miss the videos of gays being thrown off buildings to their death by Islamic State? They didn’t, they merely deluded themselves into believing that Islamic State doesn’t represent a vibrant, accepted philosophy within Islam.

In a very real respect, it is the blinding or our intelligence agency’s to the role Islam itself plays in these terrorist networks that allows these very networks to grow, and the true miracle is that Orlando, San Bernardino, Fort Hood and Boston are still anomalies rather than the norm.

What is ironic is when we refuse to follow these bread crumbs of truth, all Muslims get blamed by the American citizenry for the actions of those who have been radicalized. Whether the radicalization happened through an Islamic school in Pakistan, or a mosque, or prison in the U.S. or the Internet does not matter, what is important is that the left and our government return to dealing with the root causes of these attacks honestly.

Ultimately, it is through following and ripping the terrorist networks within Islam out by the roots that those who choose to peacefully follow the religion will achieve the acceptance that they are seeking.

Our nation must defend itself and its people from terrorist attacks, and we cannot win that war if we refuse to understand the motivations of those who hate us so deeply. It’s time to take both the blinders and the gloves off, and get back to the very serious business of uprooting the domestic network that threatens us, engaging in exhaustive checks of those who come from nations determined to harm us, and secure our borders to stop those who find it easier to embed through illegally entering the country.

Orlando. May America wake up from our suicidal blindness out of your suffering.