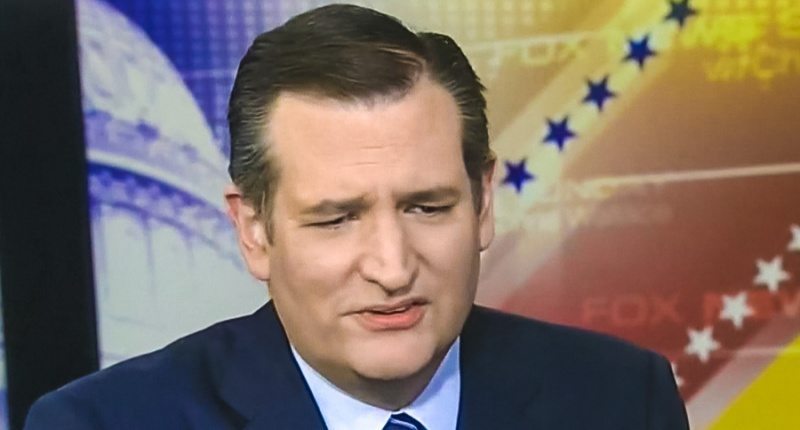 We’ve become increasingly disenchanted with Ted Cruz.  We’re not saying he’s the devil or anything, but we’re just not as high on him as we used to be.

In the run-up to his 2016 presidential bid, the Texas Senator struck us as a guy deserving of our respect … to the extent one can ever really respect a politician.  We also saw tremendous potential in his candidacy.

Unfortunately, in the intervening months Cruz has overdosed on sanctimoniousness … while at the same time engaging in some decidedly “un-Christian” campaign tactics.

The conservative savior has turned into a “win-at-all-costs” Machiavelli … an evolution recently capped by Cruz’s deplorable/ desperate “alliance” with liberal Ohio governor John Kasich (part of a last ditch bid to deny the GOP presidential nomination to Donald Trump).

Needed proof the election was rigged?  There it was …

“I have Democrat friends and Republican friends. I get along with almost everyone, but I have never worked with a more miserable son of a bitch in my life,” Boehner said of Cruz, adding that he viewed him as “Lucifer in the flesh.”

And they say Trump is the guy spewing venom?

“It grows tedious when pedophile priests and loathsome politicians are conveniently dismissed as Satanic, even as they spew biblical verse and prostrate themselves before the cross, recruiting the Christian faithful,” a spokesman for the Satanic Temple told The Friendly Atheist.  “Satanists will have nothing to do with any of them.”

Gotta love an election in which the Satanists have to defend Lucifer from being besmirched by politicians!