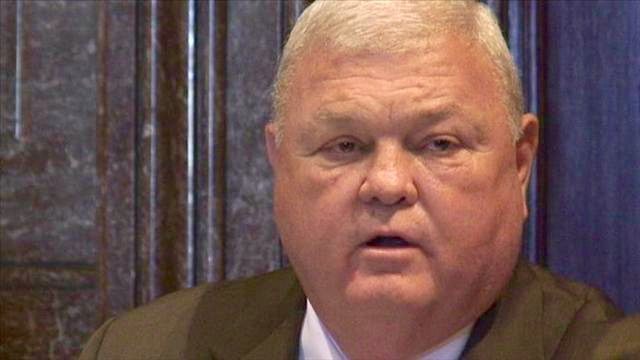 FORMER SENATOR TARGETS THE WOMAN WHO DEFEATED HIM IN 2012

Lexington County, S.C. citizens – and South Carolina taxpayers – scored a big victory in 2012 when liberal “Republican” State Senator Jakie Knotts was defeated.  Elected in his place?  Petition candidate Katrina Shealy, who has proven to be a capable, conservative lawmaker – one unafraid to mix it up with powerful leaders in her own party.

In fact with the exception of State Senator Tom Davis of Beaufort, we can’t think of another lawmaker who has been more aggressive in advancing free market reforms and pushing for radical fixes to state government.

Shealy is now running in the GOP primary for a second four-year term representing S.C. Senate District 23 (map here) … a term we believe she has more than earned.

And while Knotts’ name is not on the ballot against her this go-round, sources in Lexington County tell us the rotund ex-lawmaker is working overtime on behalf of her main GOP primary opponent – “businessman” Mike Sturkie.

In fact Knotts – who held this seat for more than a decade – has reportedly been traveling all over the rural district placing Sturkie signs in various locations (including one in front of his own house). 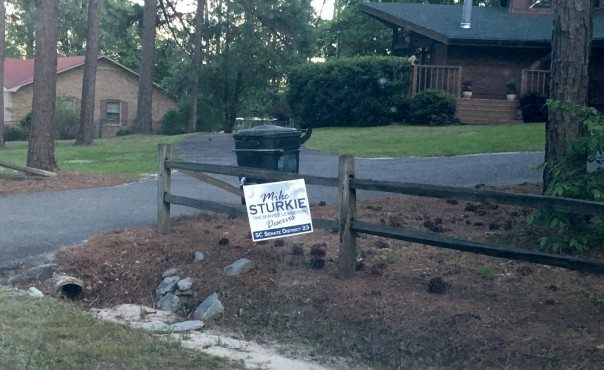 Knotts’ 2012 defeat was a major blow to the so-called “Lexington Ring,” a cabal of crooked cops and corrupt politicians who were (are?) allegedly operating all sorts of shady black market businesses in Lexington County.  Another blow?  The 2014 indictment of former county sheriff James Metts – who recently returned home from a one-year stint in federal prison.

Obviously this website has no issue with the black market … our problem is when those in government permit it for themselves (and their friends) yet prosecute others who are involved in it.

Also let’s be honest: The “Ring” has ties to some very, very scary people …

Anyway, Shealy succeeded in turning the page on all that … providing Lexington County with honest representation and providing the Palmetto State with an aggressive new voice for all sorts of long-overdue reforms.  One of the few lawmakers who has made good on her promises (as opposed to selling out to the status quo), she’s been a relentless advocate for “the least of these” among us – while at the same time providing a reliable vote on behalf of taxpayers.

Sturkie?  We don’t know much about him … but we’re told the “businessman” label he’s touting is unlikely to withstand the scrutiny of the coming campaign.

“He’s left some people high and dry,” a Lexington source familiar with one of Sturkie’s busted businesses told us recently. “A lot of people.

We’ve always liked Knotts on a personal level … and when he recently turned up making chicken bog at an event for “Republican” presidential frontrunner Donald Trump, we didn’t give him too much grief.  But the South Carolina Senate – which is finally beginning to take some long-overdue steps in the direction of common sense – cannot afford to backtrack.

It cannot afford to see a proven reformer like Shealy replaced by one of Knotts’ cronies.

Chris Corley: Cracking Us Up Again