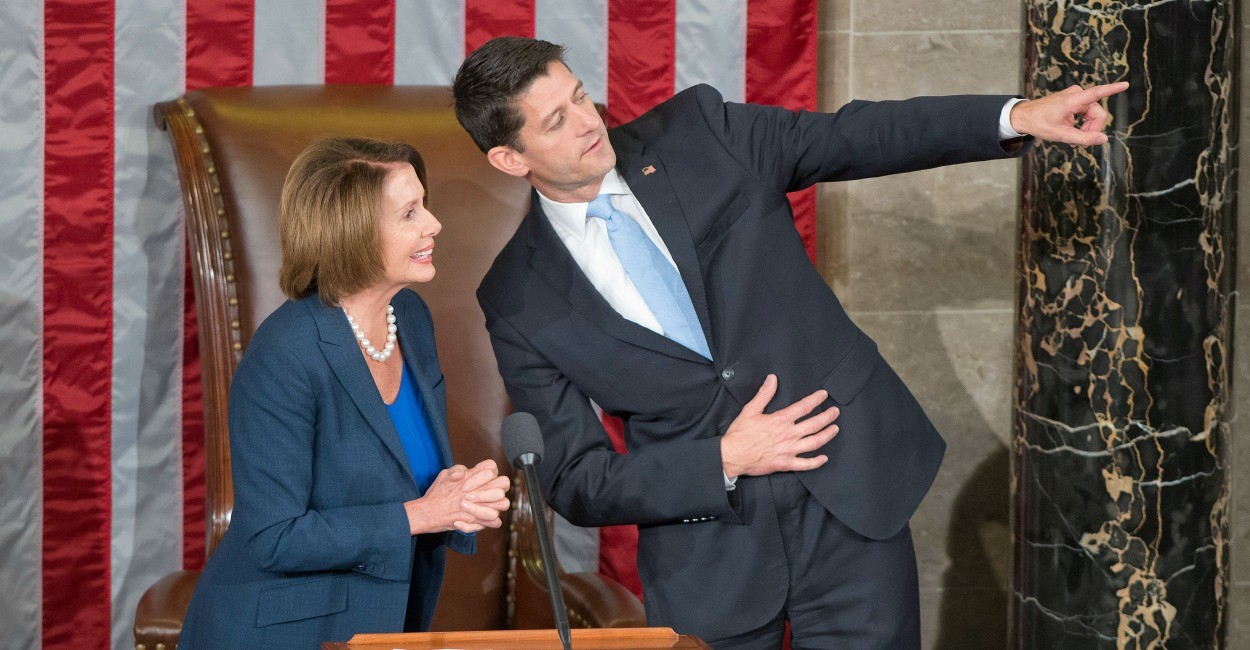 “REPUBLICANS” BEMOAN THEIR OWN BAD BEHAVIOR

“Tax Day is a time for liberals to come together and plan new ways to waste your money,” the GOP email proclaimed.  “After your hard-earned paycheck is seized by the IRS, the federal government blows it on wildly outrageous programs.”

You know, we really can’t argue with that … not a word of it, actually.  Of course it’s hilarious “Republicans” believe they have even a shred of credibility on this issue.

After all, the GOP has been a central component of the “liberal” Washington, D.C. establishment for some time now, hasn’t it?

Consider this: The massive tax hike of 2013 was a deal struck between Barack Obama and “Republican” leaders in Congress.  In fact GOP leaders actually led the push for tax hikes in the negotiations leading up to this deal (which dozens of “Republicans” voted for).

Obamacare? GOP lawmakers oppose it rhetorically, but when it comes time to actually defund the initiative and zero out its budget/ tax increases … they cave.

On virtually every budget item the GOP is full of hypocrites … big-spending hypocrites, at that.

“Tax day is a time for liberals to come together and plan new ways to waste your money.”