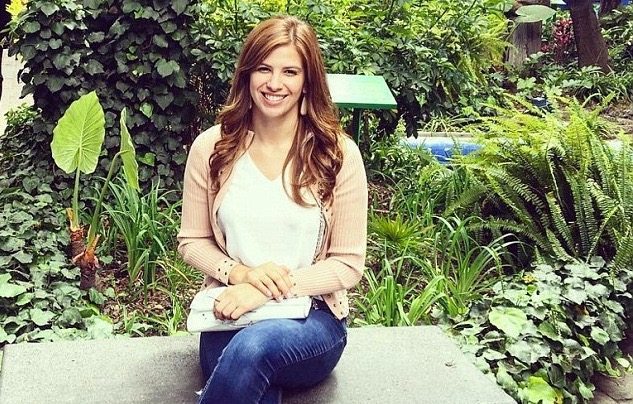 PIERS MORGAN: MICHELLE FIELDS IS “BEING A BIG WUSS”

We do … he’s the liberal British journalist who unsuccessfully attempted to boost his sagging cable television ratings by declaring a war on guns three years ago.

Morgan’s show on CNN was canceled and we’ve scarcely heard from him since … until now.

In a column posted in The (U.K.) Daily Mail, Morgan is ripping former Breitbart reporter Michelle Fields for her pursuit of battery charges against Corey Lewandowski, the campaign manager for current “Republican” presidential frontrunner Donald Trump.

Lewandowski was arrested this week on those charges.

What did he do to Fields?

According to Morgan, Fields is “being a big wuss” about the incident.

Journalism’s a rough old game. You dish it out, you have to take it.

But this debate boils down to this: if a male reporter cried ‘battery’ after such a trivial incident, he’d be an absolute laughing stock.

Why should a female reporter be taken any more seriously?

By making such a grotesque mountain of such a tiny molehill, Michelle Fields has embarrassed herself and let down her profession.

Toughen up, young lady – or choose a different job.

Morgan went on to note that “some of the toughest journalists in America are women.”

“Would Barbara Walters, Katie Couric or Diane Sawyer have pressed charges if they’d been in Ms. Fields’ position?” he added.  “Of course they wouldn’t.  They’d have all brushed off Lewandowski’s obstruction and chased back after Trump to try and fire more questions at him.  That’s what real reporters do. They don’t take no for an answer.”

To be clear: We don’t think Lewandowski has handled this matter well at all.  He responded to Fields’ original allegations by claiming he “never touched (her)” and in fact had “never even met (her).”

Oh well.  It will be interesting to see how this case unfolds.  Sort of like the case involving Ted Cruz‘s alleged mistresses.

Clearly America has nothing else to worry about at the moment … right?

What do you think?  Is Morgan right?  Share your thoughts in our comments section below ..

Didn’t Will Folks contact the police when he got some mean texts from his man-crush T-Rav a while back?
Who needs to toughen up again?

LoL!!! Good one! You can’t make this stuff up. Republicans are the best!

That’s different. That was a romantic dispute. They can escalate and be quite dangerous.

I watched this worthless bitch on Ms wax her asshole Megan Kellys show last night on fox. Pure nonsense. …secret service warned her not to go near Trump and she grabbed Trumps arm.

Why so scared of women? Trump supporters are angry, because they are loudmouth gas bags, like their orange god, except they can’t afford to buy a decent looking wife.

Just like a shitload of male Muslims between the ages of 14 – 40 years old…….
Young men full of testosterone with little or no sex, no jobs and little to actually do is a recipe for trouble….in any society.

So you’re talking about Trump rallies!!! Couldn’t resist. You tee-d that one up good.

well that explains it then

Roger, Roger. I’m guessing you haven’t figured out why you don’t get laid. Reread your statement and try and think it through.

When someone other than David Martosko of the Daily Mail (neither are credible when it comes to sources) reports that the Secret Service told her that, I’ll entertain it being true. Till then, I’ll take the Secret Service’s official comment to other outlets, that they do not comment on such matters. Also, which are we to believe – Donald’s first statement that Secret Service said nothing happened or the his new version of events? It is just another day in Trumpville – lies, lies, lies.

One does have to wonder though if a SS agent did the same thing to her if she’d sue.

I see political bias here, and I’m not a Trump supporter.

This lady will be used by the media to bash Trump as it pertains to women before the Wisconsin votes. I hope the voters see this for what it is utter bullshit. …and whats amazing to me is the establishment rethugs are working with the Democrats to stop Trump.

Jim don’t need sex….because he can’t get any.

I’ll give Jim some sex.

You bastard. You said we were soul mates. I’m shuttin’ you down. No more Tuesday freebies.

I’ll just leave this right here and wait on someone to tell me about the charges.

Dude you still got me laughing about Estill. Used to drive through there all the time.

I did once, because I had to see for myself exactly what planet Miss Say-ruh came from. Before her I had never tried a coon burger or even knew that there was such a thing as a coon dick toothpick. I had never known people from that area before and we also had guy from Bamberg, St. Matthews, and Elloree on that job. What a culture shock they were for this Florida boy. While they were in Central Florida I became their official interpreter especially on the phone.

Funny how media pundits and MSM reactions from one candidate to another differs.

Pierce Morgan is just sucking up to Trump to get some angle. Isn’t he off the air now?

Just like the rest of the conservative media…or media in general.

Morgan won the first iteration of The Celebrity Apprentice back in 2008, and since then, has regularly corresponded with Trump, whom he calls “an extraordinary man” and “incredibly loyal friend.” He even claims to have kept a diary of all their exchanges, and gushed over the sycophantic notes the real estate tycoon regularly sends him in a September column for The Daily Mail. And it’s here, as editor-at-large for The Daily Mail, that Morgan has become an unofficial publicist for candidate Trump, publishing column after column praising his pal.

Funny how FITS failed to mention that connection.

Wow. Piers is like a successful Will Folks who talks pretty.

He forgets that the Celebrity Apprentice thing is over now.

Piers Morgan is right about this.

How often do you hear that?!

Now, what in the world could Will Folks and Corey Lewandowski possibly have in common?

Tie goes to the hottie.

Its official, if Florida prosecutors do not drop the charges against Cory, Bimbo Brains Michelle will be arrested for committing battery on Trump.

You have Hillary Clinton facing a possible indictment for her crimes but the media and Cruz, Beck, Levine and Bitch Megan Kelly attacking Trump…. what the fuck assholes….amazing they are letting Hilary Clinton win the Whitehouse due to their hatred of Trump. Well fuck you dumb shits!

At least Hannity and O’Reilly see through the establishments bullshit.

WE’RE DOOMED. SUICIDE VOLUNTEERS LINE UP AT THE DOOR. FOLKS IS FIRST BECAUSE EVERYTHING SUCKS.

Let me put this to rest, if women want to be on equal footing as men then this reporter has set the women’s back 60 years. Had this woman had been a MAN what would have happened??????. So where are the women for equality now??? Also this nobody was looking for her 2mins. of fame….pushed through the Secret Service. Excuse me, Where was the Secret Service? She is an unknown woman looking for publicity. A real looser.

Does she want “lady reporters” handle with kid gloves?, excuse me, do you see Barbara Walters or Amantour, doing this, no, these women were professionals??? this is an aggressive girl what does not want to pay for the price for being aggressive. Women cant have it both ways.
I still want to know why Cruz gave Fiorina $500,000??? why no answers.?

She is a bimbo.