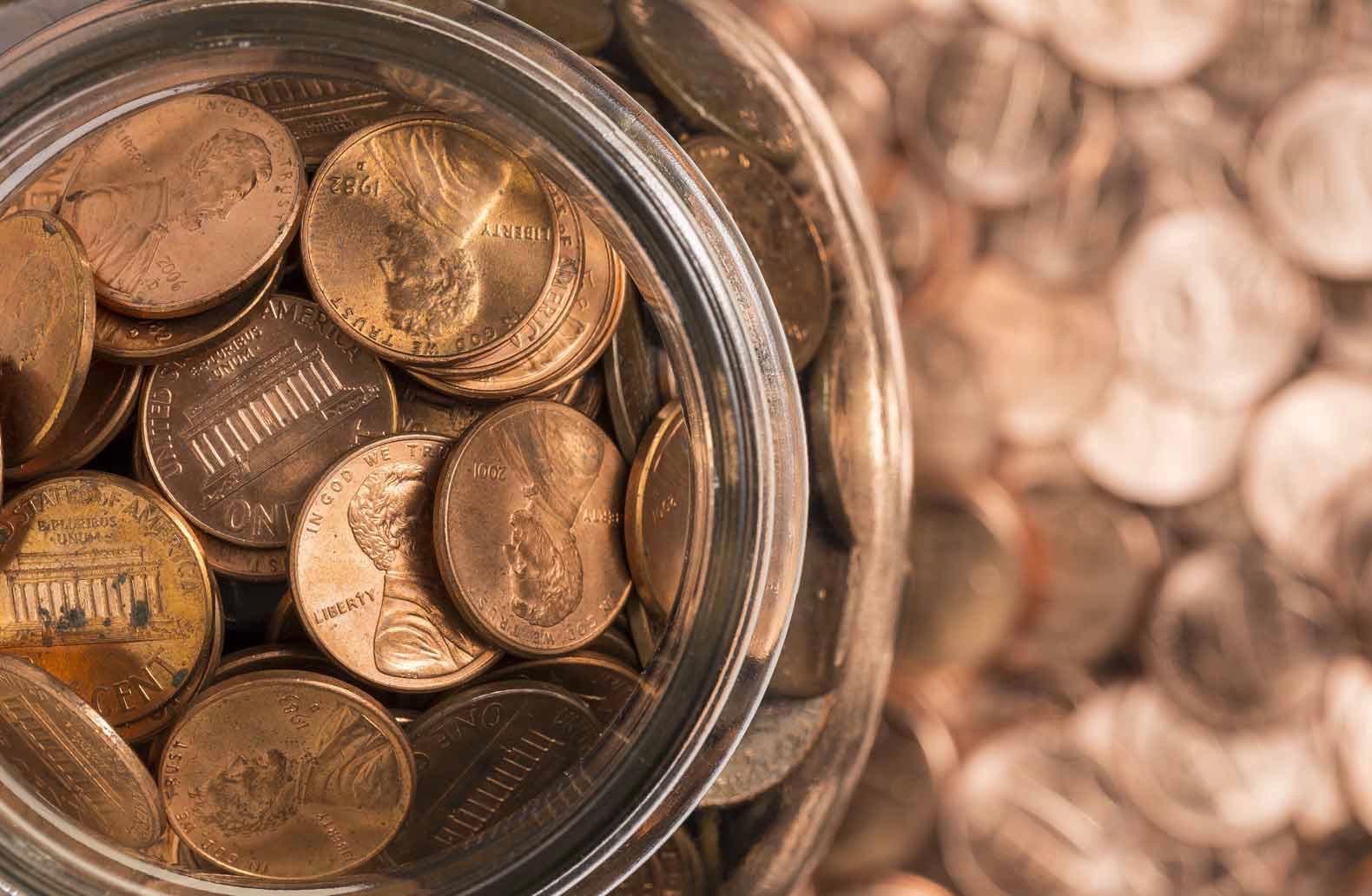 For years, the vast majority of reporting on the Richland County “Penny Tax” scandal has missed the mark …

Don’t get us wrong, the latest round of investigative digging by reporter Ron Aiken at The Nerve has been excellent … spurred on by a sorely-needed S.C. Department of Revenue (SCDOR) investigation initiated by agency director Rick Reames.  Still, the broader corruption bookmarking this totally unnecessary levy remains largely unexposed.

While the real crime associated with the scandal remains un-prosecuted …

In the immediate aftermath of the rigged 2012 election that ushered in this $1.2 billion tax hike, mainstream media focused on the so-called “incompetence” of local election bureaucrats – who disproportionately targeted large shortages of voting machines in precincts that voted against this tax hike in 2010.

That wasn’t incompetence, though: These officials knew exactly what they were doing.

In fact, this voter suppression plan was probably hatched long before powerful Richland County legislators – with the approval of S.C. governor Nikki Haley – passed a law seizing control of the local election commission and installing their hand-picked puppet as its leader.

Talk about leaving nothing to chance …

Despite compelling evidence attesting to this voter suppression, the U.S. Department of Justice (USDOJ) has refused to launch an investigation into the penny tax vote.  Not only that, the S.C. Supreme Court (without comment) upheld the rigged election – and the puppet who pulled it off got rewarded with a new job and a lifetime pension.

Most glaringly, S.C. attorney general Alan Wilson is reportedly sitting on a case that could blow the whole thing wide open – bringing down several prominent local elected officials in the process.

Unfortunately, as has been made abundantly clear via his mishandling of the probe into political corruption at the S.C. State House, Wilson cannot be counted on to pursue justice consistently.

So where does that leave us?

Well, the current probe into the proceeds of the tax has already produced arrests – although those appear to be tangential to the real graft.  One thing is clear, though: Unlike Wilson, Reames appears to be intent on fulfilling his obligation to the public – meaning SCDOR is not backing down off of its investigation.

So far, most of the “penny tax” focus has been on the illegal “consulting,” “public relations” and “management” contracts doled out like candy to politically-connected insiders.

We know a little bit about one of these deals – a “streetscaping” project at the University of South Carolina tied to its failed “Innovista” campus – but are there other examples of unnecessary spending that have little to nothing to do with real transportation needs? 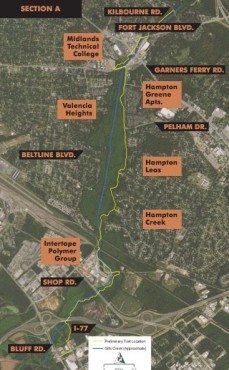 Penny taxers want to build “approximately four miles of greenway on a concrete sidewalk trail with bridges, boardwalks and supporting facilities” in the heart of Richland County within the next year-and-a-half.

Aside from the fact that this “greenway” has nothing to do with fixing roads and bridges – as penny tax proponents vowed they would do –  the proposed route of this project is in the middle of a severely flood-prone area of the Midlands.

Not only that, sources familiar with the neighborhoods to be “served” by this proposed greenway say it’s likely to wind up being less of a fitness trail and more of a crime corridor.

“It would increase property crimes,” one source familiar with the proposal told us.  “Another issue is this is a county plan – however an overwhelming majority of the project falls (within City of Columbia, S.C. limits).  The City of Columbia police department would then be required to provide police coverage for the walkway once it is built.  That is not a small task.”

Nor is it a cheap task …

“Not only is this a waste of taxpayer road money, it presents a potential public safety concern for the neighborhoods along the walkway,” the source added.

Forgot the flood concerns.  Or the long-term costs associated with policing this new path.

Here’s the real question: How on earth does a four-mile “greenway” help fill potholes or perform long-overdue maintenance on heavily-traveled roads?

Seriously … how is this in any way, shape or form investing in “infrastructure?”

Like the University “streetscaping,” this is a totally wasteful, completely unnecessary use of tax money – funds that have been specifically earmarked for “transportation” use, no less.

Which brings us to the whole point: While we (and others) continue to probe the corruption associated with the “Penny Tax” –  and continue to insist on justice for those who suppressed the will of the people back in November of 2012 – it’s important to remember that a far bigger theft is ongoing.

It’s not just the tangential expenses we should focus on … the projects themselves are corrupt.

Very good piece Will, really boils yer blood. They know we are powerless to stop the corruption and will continue to do so. How about a good heart warming story after the crappy one?

They should call this trail the “Zika Virus – Malaria Alleyway”

Really, this is a good use of the “penny tax”?!? NOTHING has been done about he Gills Creek FLOODWAY that will prevent it from flooding out again, and again, and again. The Riverwalk (which at least has an attractive view) has flooded out several times in the last several years requiring expensive and time consuming repair and cleaning to make it usable. The Gills Creek watershed won’t have the views but it will have trash, mosquitoes, flooding and easy access for breaking and entering homes along the creek.

It’s only a Penny, 1.2 Billion here 1.2 Billion there and pretty soon you’re talking about some real money. It all starts with the Penny Lie.

Reames won’t do anything further because he is indebted to the legislature and they want this tax. He is protected by them and has to return the favor.

Which legislators are protecting him? If that is true wouldn’t that be an ethics violation? Wait, no one enforces those ….

DAMN! Fitsnews is still doing its Jumpin” Jacks —- I’m going to remove it and come back later today….. this is annoying.

I just love the in-depth reporting here – “It would increase property crimes, one source familiar with the proposal told us.” And that source backs up this click-bait claim how exactly? Are there much better use for this money? It seems like it. Perhaps dealing with the railroad crossings on Assembly and Huger streets might be one project worth undertaking. Nevertheless, the NIMBY pseudo-racists “crime corridor” comment is lame. Perhaps your source needs to move out of Hampton’s Grant to the whiter land of Lexington.

But it will. I lived in the Harbison neighborhood which has trails all through it and the amount of property (and personal) crimes that are a direct result of those trails are horrendous. You can rob a person/home and be down the trail and on a number of different streets in seconds.

Their motto is “Pennies Impacting People” See my avatar to understand how that is working for most of us.

‘Here’s the real question: How on earth does a four-mile “greenway” help fill potholes or perform long-overdue maintenance on heavily-traveled roads?”
For the people who went to extraordinary and illegal means to get this boondoggle passed, their purposed was not road maintenance.
The purpose of this “penny tax” was to generate generous sums of money and have the instigators, their friends, a private management organization,and reliable “kick back contractors” in the queue to skim, commit fraud, and personally enrich themselves.
Fits, you were really too nice, in that you did not label these assholes(both public and private) as the crooks that they actually are. Keep up the good work on this one. All the players need to be exposed.

Go to Greenville sometime. We have pointless bike paths, trails and gardens all over the damn place. It just keeps growing.