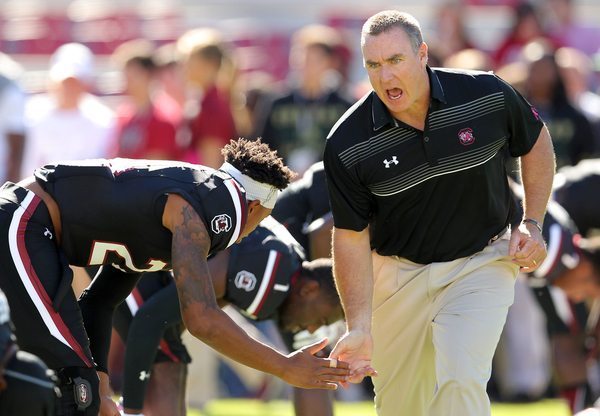 South Carolina’s new head football coach is retaining the man who led the program on an interim basis following the mid-season resignation of Steve Spurrier.

Will Muschamp announced the hiring of Shawn Elliott as the Gamecocks offensive line coach this week – headlining his second round of staff moves.

“I am pleased to keep Shawn on the staff,” Muschamp said. “He loves the University of South Carolina and has done a fantastic job here.”

Hired by Spurrier in January 2010 as the coordinator of the running game, Elliott was named co-offensive coordinator and offensive line coach in 2012.  After taking over for Spurrier in mid-October, Elliott posted a 1-5 record as interim head coach – although his team played with a renewed intensity down the stretch.