South Carolina politicos are up in arms after receiving an “offensive” Christmas card from S.C. Rep. Chris Corley, a staunch supporter of the Confederate flag.

Corley’s card – mailed this week – features a picture of the controversial banner still flying from the north lawn of the S.C. State House. 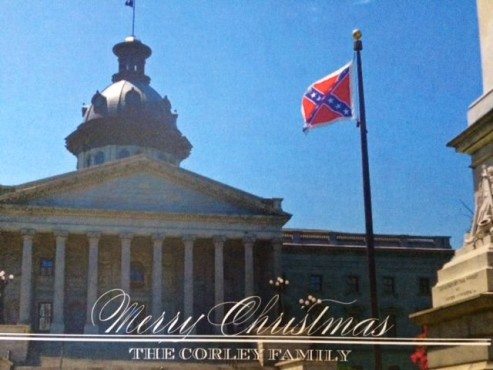 This version of the Confederate flag was taken down in July – less than a month after nine black parishioners (including S.C. Senator Clementa Pinckney) – were murdered by 21-year-old white supremacist Dylann Storm Roof in Charleston, S.C.

Corley’s card blasts lawmakers for their “betrayal” on the flag issue – urging its recipients to remember “a happier time when South Carolina’s leaders possessed morals, convictions and the principles to stand for what is right.”

Next, in what’s perceived as a direct shot against liberal S.C. Speaker Jay Lucas, Corley’s card encourages its recipients to “take this joyous time as an opportunity to as forgiveness of all your sins such as betrayal.” 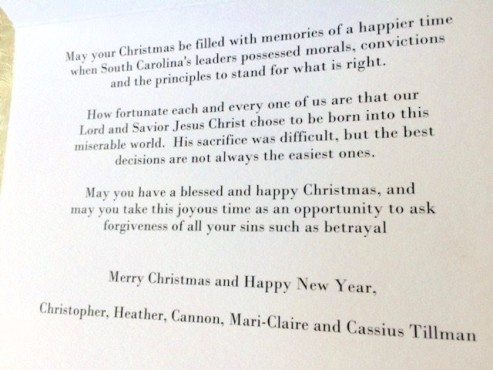 Driving Corley’s point home even further? A quotation on the back of the card from Dante’s Inferno describing the frozen lake of Cocytus – the ninth circle of hell.

“This is Cocytus, the ninth circle, the fourth and last great water of Hell, and here, fixed in the ice, each according to his guilt, are punished sinners guilty of treachery against those to whom they were bound by special ties.” 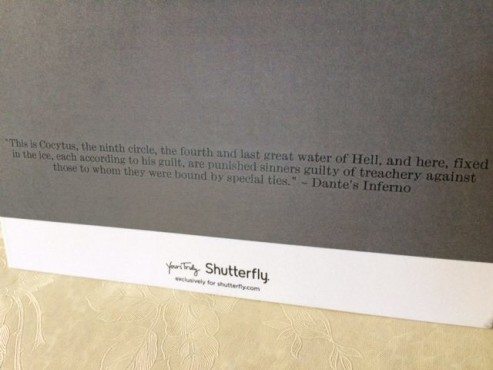 Props for the literary reference …

Most of those who received the card were horrified.

“It’s awful,” one State House insider told us. “How disrespectful to the majority of the state that was hurt by Dylann Roof.”

While we supported the decision to lower the flag in the aftermath of the Charleston shooting (in fact we were the first media outlet in the state to call for its removal), the process by which the banner came down was far from ideal.

“In other words they were politicians, not leaders,” we wrote at the time.

Accordingly, Corley has every right to call out these politicians.