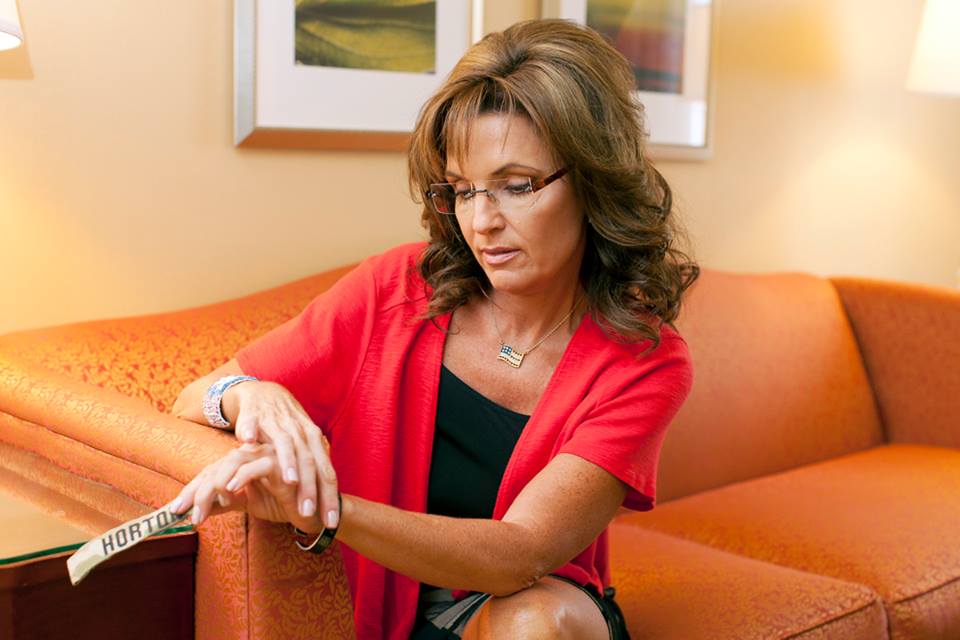 EX-GOP VEEP NOMINEE WOULD TAKE NO. 2 SPOT ON NATIONAL TICKET

Former “Republican” vice presidential nominee Sarah Palin would reprise that role in 2016 if any of the GOP presidential candidates asked her to be their running mate.

“If I were asked, I’d do it,” Palin told Extra’s AJ Calloway.

Two other “Republican” women – former Hewlett-Packard CEO Carly Fiorina and South Carolina governor Nikki Haley – are also rumored as possible vice presidential nominees.  Of course Fiorina is currently running for president, and there is concern about Haley’s ability to survive the vetting process that goes with being a national No. 2.

Would any of that propel Palin back in the national limelight?

Seriously, without a teleprompter in front of her … ummm, yeah.

“Palin had a chance (several chances, actually) to emerge as a substantive figure on the national political scene … and didn’t.” we wrote last summer.

We don’t see anything changing that anytime soon …